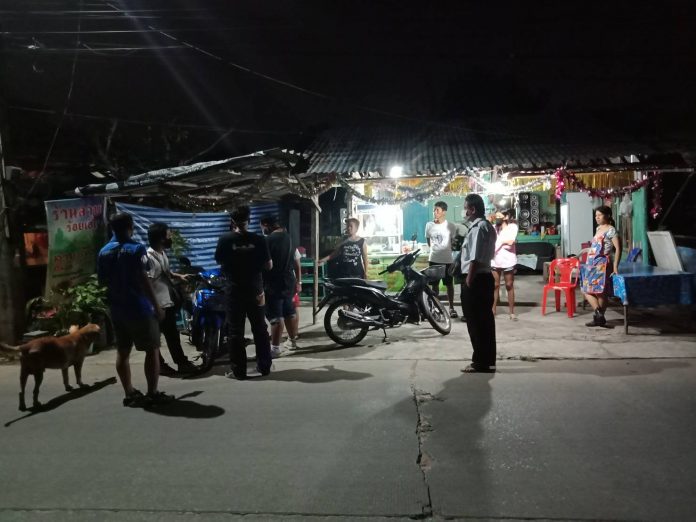 The following is a weekly feature article looking at this same time period LAST year in national and Thailand news.

This new section takes a look back at news from the same period last year (and sometimes different time windows, such as six months or three months) to see how things have changed, following up on the progression of stories, as well as look at potentially broken promises or things that didn’t take place in Pattaya and Thailand.

As we publish dozens of stories a week this is a quick way for people to take a look at what the biggest stories were a year ago, as chosen by our editorial team, and how they impact us today and relate to current news. They are in no particular order of importance, however, are in order of publication. This week, we cover the FIRST week of April 2020, which was a major week due to Covid-19. They are in order of publication.

1.  Frustration grows with long lines and lack of social distancing at Thai Immigration

The pressure was growing on the Royal Thai Immigration to come up with a solution this time last year to thousands of stranded tourists clogging Immigration as Thailand continued to enact more restrictions and many flights were canceled. Eventually, of course, a Covid-19 amnesty extension was made and some people are STILL on it a year later. (which was just extended yet again, letting those still here stay until the end of July once they apply again by May 27th). At the time, this was for those stranded here, but essentially all still here are usually doing so as they prefer the situation in Thailand to their home country, where many countries are still on lockdowns and restrictions yet Thailand is essentially open for business.

2.  Chonburi tells outside fitness groups to “stop and stay home” as restrictions continue

Of course, now you can see more people than ever outside in fitness groups on Jomtien Beach at night, but a year ago this was shut down.

A year later, there is still no “fly in and go” like prior to Covid-19 and likely any plans to lift that will not return for many more months, although cautious moves to lower quarantine have begun.

This time last year, the national curfew was announced and began.  Although it drew lots of complaints on social media many also attribute it to helping stop gatherings and parties at private homes and helping Thailand recover faster from Covid-19 than many other countries.

The cycle of closures nearly complete, Chonburi added beaches and hotels to their already extensive closure list. The beach closures especially were not popular with local expats and residents and stayed closed for roughly three months.

5. Charity work begins for tens of thousands out of work in Pattaya

This was one of the first stories we had of local business owners helping those in need in Pattaya with the Covid-19 related business closures and limited government financial aid.  Of course, over the next several months, dozens of businesses would join and help around the city and some are still helping to this day due to lack of general tourism due to border closures.

This proposal would later take place for several weeks as many local readers remember.

7.  Thailand shuts down nearly all flights for two weeks after a group of Thai returnees refuses quarantine

Following a ban on basically all foreign returnees earlier in the week above, Thailand shut down nearly all flights, including returning Thai nationals, after a viral video of a group of Thai returnees refusing quarantine and claiming they didn’t know the rules went all over social media. Unlike most of the other “two-week” shutdowns that continued for months (or a year), this one was resolved quickly and ended in only three days.

8.  British man leaps to his death from busy expressway in Bangkok

This was the first (and sadly far from the last) widely reported suicide of someone who tragically decided to take their life due to the Covid-19 situation.

British man leaps to his death from expressway in Bangkok, was allegedly depressed over Covid-19 related business losses

We hope you enjoyed a look back at this week last year. See you again next week!