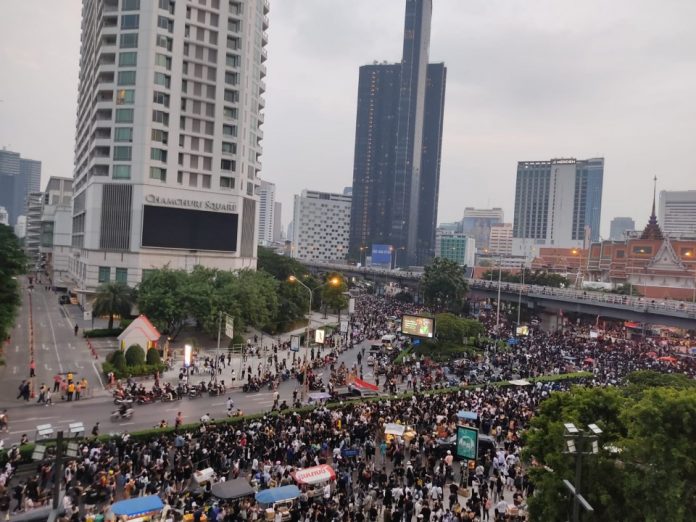 Let’s get right into it:

1.  Nearly 20 passengers were killed and dozens injured after train and two-story bus collided in Chachoengsao, Thailand

A major and sad story from this week last year that caused officials to come up with many plans and proposals to make railway crossings safer, but it is unclear a year later how many of these plans have come to full development.

The biggest issue was that this particular train crossing reportedly had no barrier. The tour bus had been carrying people returning from a religious ceremony for the end of Buddhist Lent.

Following the accident, as you see in the second article, railway crossings were reportedly set to be examined nationwide.

A year later, they are still searching, much like the past several years. Our regular readers are likely not surprised.

A year later, most of the major protest leaders are currently behind bars waiting for court dates regarding various charges, and the large protests of last year that brought together at times tens of thousands are mostly a memory, with many wondering how they could be brought forward again.

Protests continue, especially against Prime Minister Prayut Chan O’Cha, to be fair, but on a smaller-scale or more violent such as those taking place in the Din Daeng area by primarily Thai youth over the last several weeks. Some of this certainly has to do with Covid-19 restrictions around gatherings but some is also due to most of the leaders being either behind bars or taking a low-key approach to avoid ending up in jail.

Here are some of the big articles from last year’s protests this week:

A fitting way to end this week looking back at last year is our Pattaya-specific coverage of pro-democracy protests.

Recent protests have also taken place in Pattaya, although they have been geared more around Covid-19 restrictions shuttering many businesses, such as entertainment, for many months and anger directed at the Prime Minister.

That is it for this week, the protests of last year were the biggest event in Thai news. See you next week!