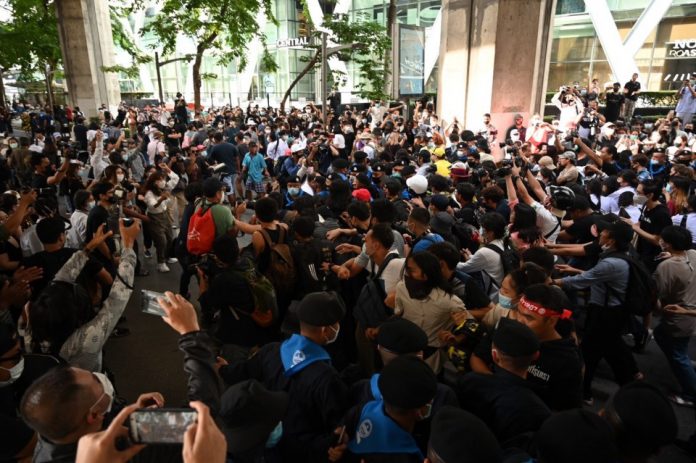 Pro-democracy protesters have made a last minute change to their planned protest location today which was originally scheduled near Central World and has now been planned to move.

The area near Central World has a heavy police presence and blockades and were, according to some reports, not letting in anyone or the scheduled area including press.

The Free Youth movement released updates on their social media accounts, which were quickly followed up on by associated press, that the protest would continue and was moving locations presumably due to the increased government presence at the former location.

The protesters are reportedly now, despite heavy rain, planning to gather at the second location near MBK. Traffic is reportedly intense and road closures and delays are to be expected.

We will provide further updates throughout the evening.