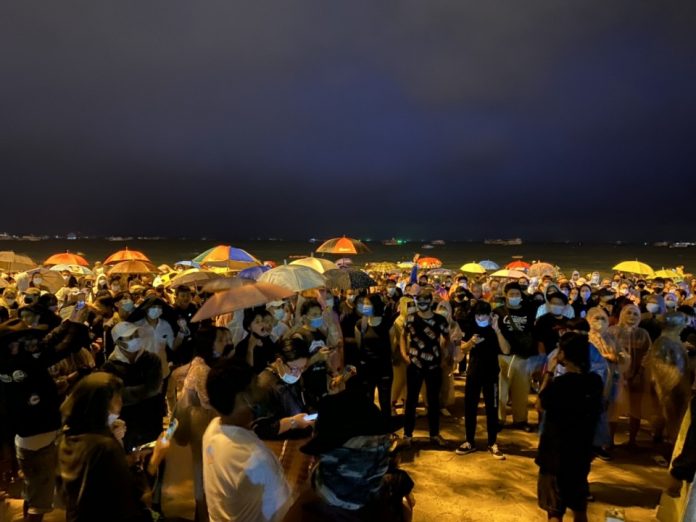 Protesters first gathered at the Bali Hai Pier this afternoon (Oct 17). They later moved in front of the Pattaya City Police Station after being informed by police that they were reportedly breaking the law.

Officers from the Banglamung Police station had been preparing for a previously announced pro-democracy protest at the Bali Hai Pier in Pattaya earlier this afternoon.

At 4:30 PM at the Bali Hai Pier a relatively small number of protesters had joined the protest. 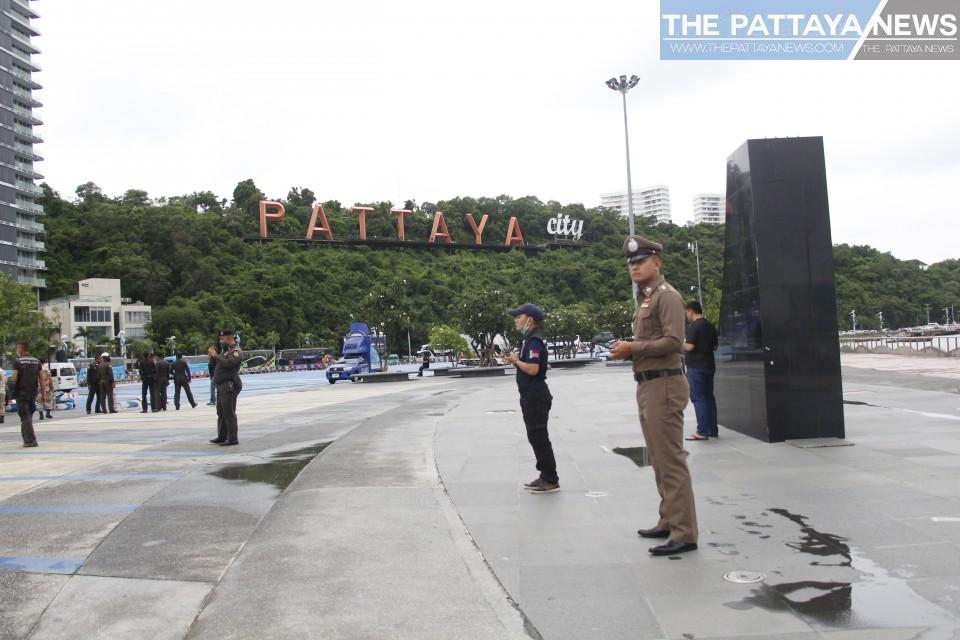 The Pattaya City Police Chief Colonel Khemmarin Pitsamai had, however, announced on a loudspeaker around 4:30 PM that “No permission had been filed for a request of a protest in public.”

By Thai law, any sort of gathering or protest needs legal permission, The Pattaya News notes. 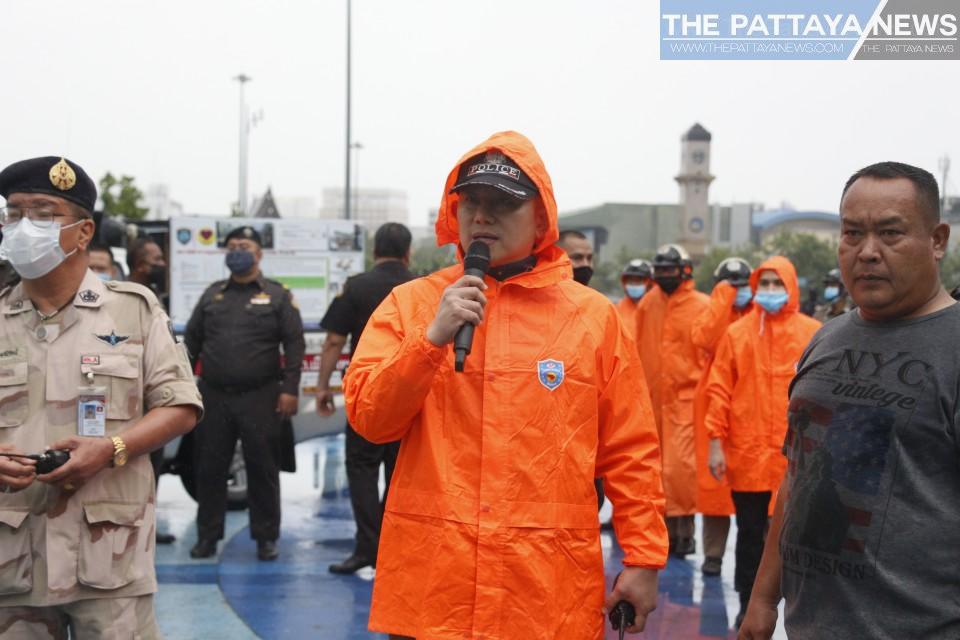 “You are breaking the Public Assembly Act in which the fine is up to 10,000 baht per person.” The Chief of Police announced.

“The protest leader must file permission first. For now please go back home or file proper permission.” He concluded.

At this point, however, protesters decided to move to the Pattaya City Police station as some leaders filed formal permission for a gathering. Meanwhile, a large number of others joined the gathering across the street, many who came after seeing the previous gathering was declared illegal and were reportedly upset. 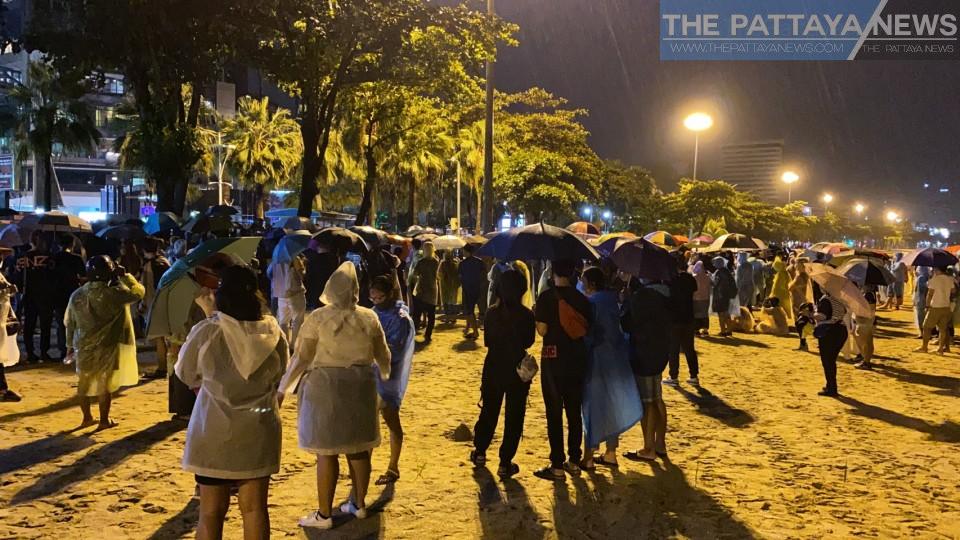 Most of the protesters appeared to be teenagers and students from Chonbui and Chachoengsao, although some older protesters and even foreigners were spotted in the crowd.

The protests ended at about 8:00 PM. The protest leader announced that they will be back at the Bali Hai Pier tomorrow at 4:30 PM when formal permission for a protest is hopefully approved.

The Pattaya News notes that the declaration of a severe emergency that limits gatherings to five people or less only applies to Bangkok.