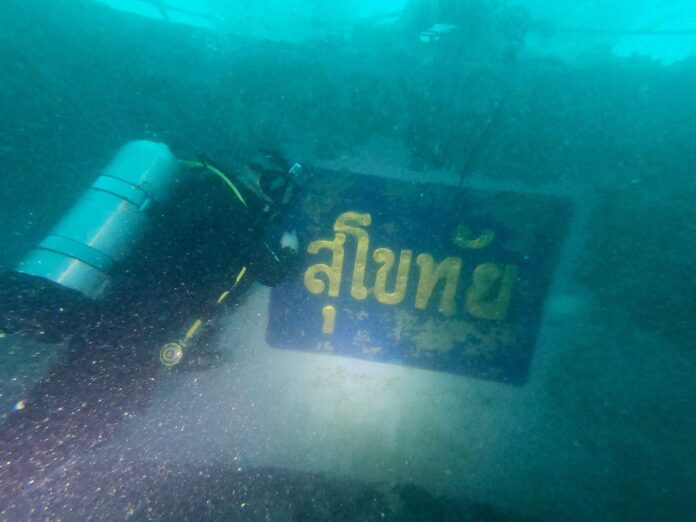 Two more bodies of navy officers who had gone missing were identified. Five of them are still missing and the death toll rose to 24.

The Royal Thai Navy has announced this morning (December 29th) at 11:30 A.M. that they have identified two more bodies which were found yesterday (December 28th) . Their bodies are now identified. None of the bodies were found today until 11:30 A.M..

This brings the total death toll to 24, while 5 are still missing. 22 of the 24 are positively identified as crewmen of the HTMS Sukhothai. Search and rescue efforts are underway.

The Royal Thai Navy reports no bodies were found in the search at the sunken corvette HTMS Sukhothai which is still underwater at this stage. 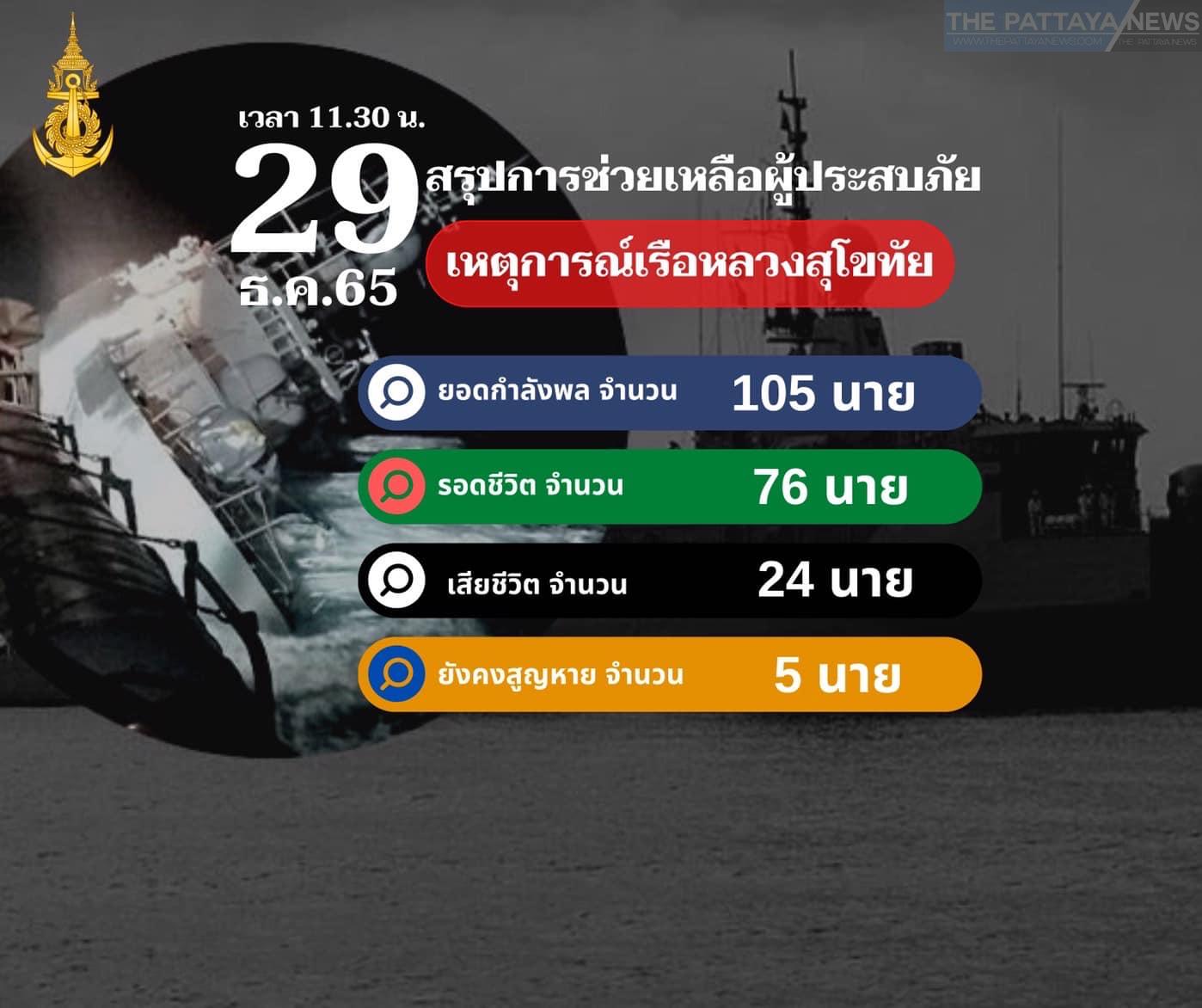