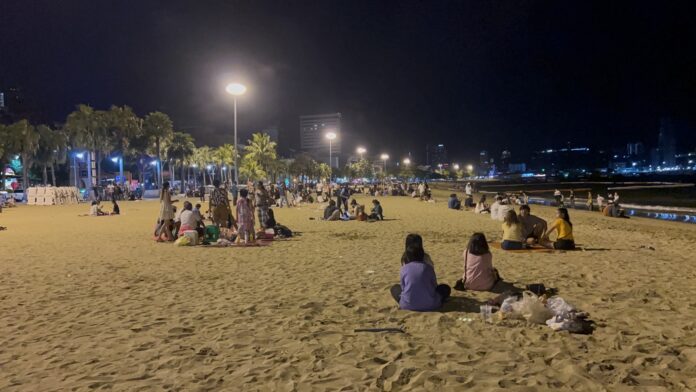 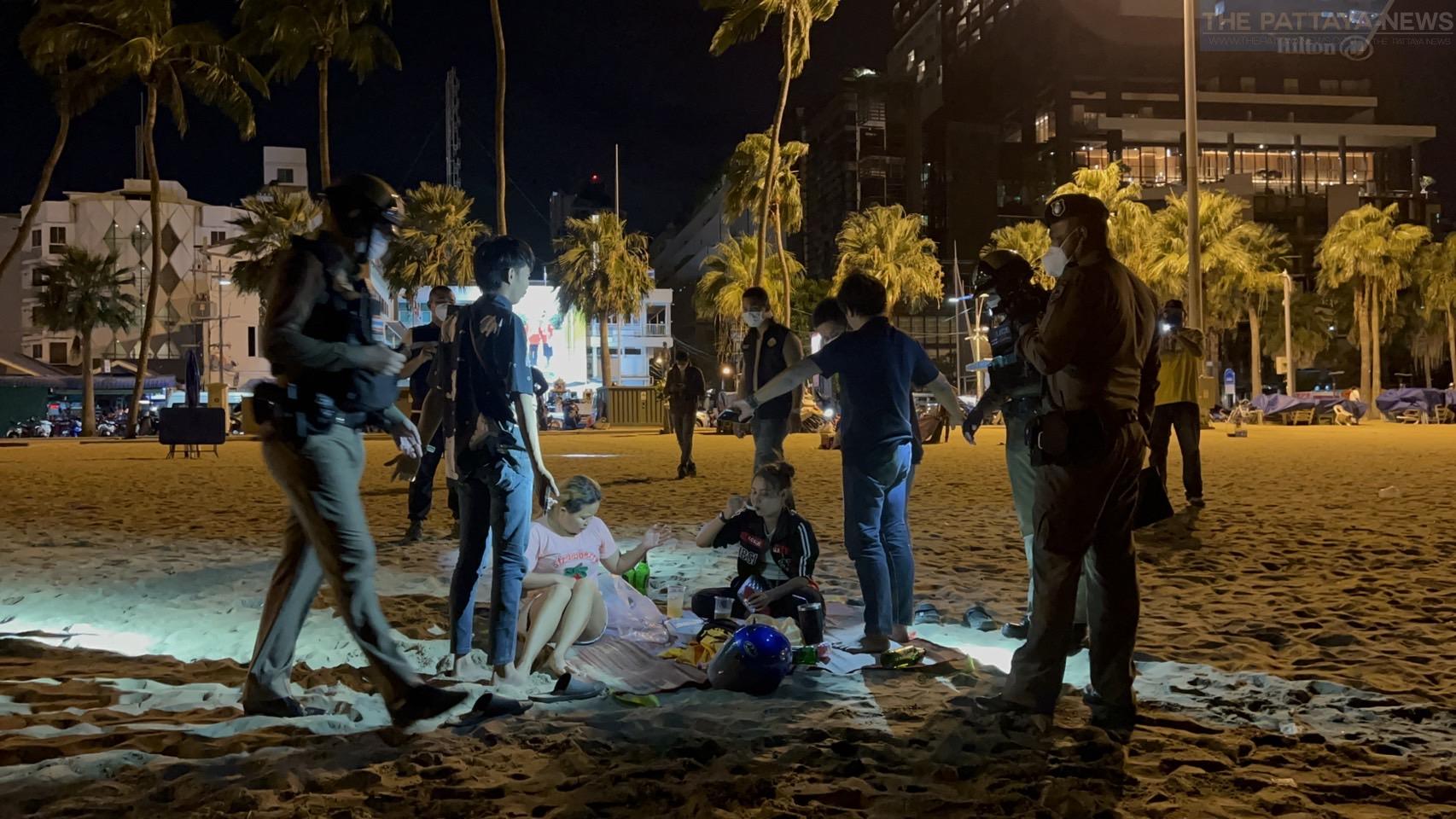 Two groups of teenage students allegedly had an altercation in front of the Pattaya police station before firing three rounds from a firearm into the sky, terrifying nearby tourists.

After midnight today (October 1st), a team from the Pattaya City Police was patrolling Pattaya Beach and checked for firearms and illegal drugs to prevent any chaos and crime. However, no illegal items were found. 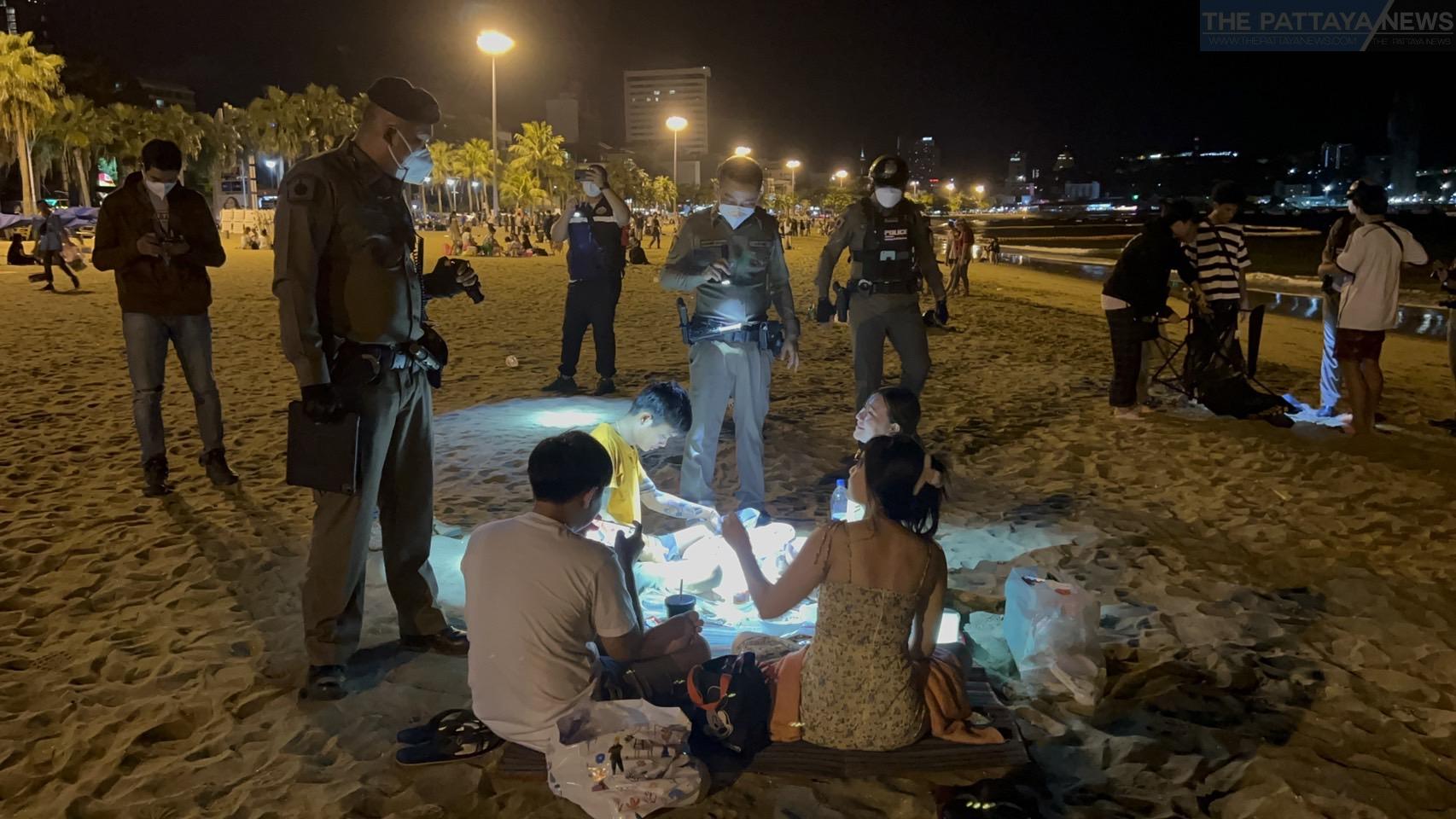 Police also informed both Thais and foreigners who were relaxing on the beach, some drinking alcohol, that this was illegal. According to the Alcohol Control Act, alcohol is not allowed to be sold or drunk on beaches and high fines or even jail time could be applied at law enforcement discretion. Additionally, public intoxication is also against Thai law.

The Pattaya News notes that historically, however, these rules have been lightly to not enforced in the area due to the overall reputation of Pattaya as a tourist city and a party town.  With recent crime on the beach, however, and several incidents including the firearm incident, fights, and a man threatening to stab another man over loud noise on the beach, police have begun focusing on alcohol consumption as a possible trigger for these incidents.

Pattaya police stated to the Pattaya News that special focus would be on those under twenty who allegedly come to local beaches as an easy place to drink away from watchful parents or authorities. Law enforcement also reminded the public that although cannabis was decriminalized in June of this year that public smoking, including on beaches, was against the law.