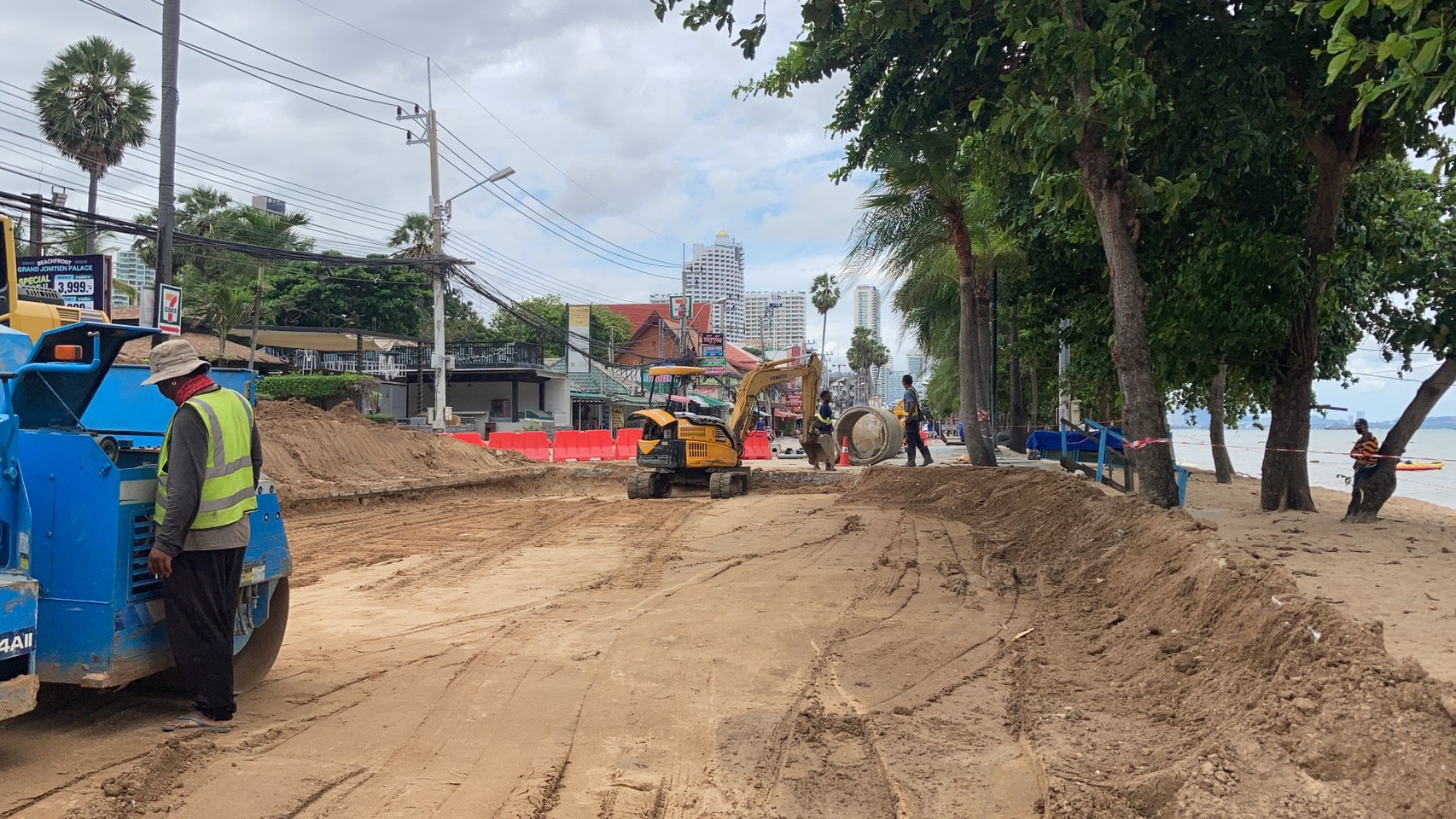 A portion of Jomtien Beach Road that had collapsed due to storms last week is still under repair with Pattaya City authorities stating that it should be open to traffic, at least one lane, in only a few days.

First, a recap of the previous storms and damage done to the road with our prior articles as a reference point:

Jomtien Beach Road was severely damaged by storms and flooding on September 8th in the early morning.

Yesterday, (September 14th), a team of authorities led by the Pattaya City Mayor Sonthaya Kunplome inspected the road which is still being repaired. 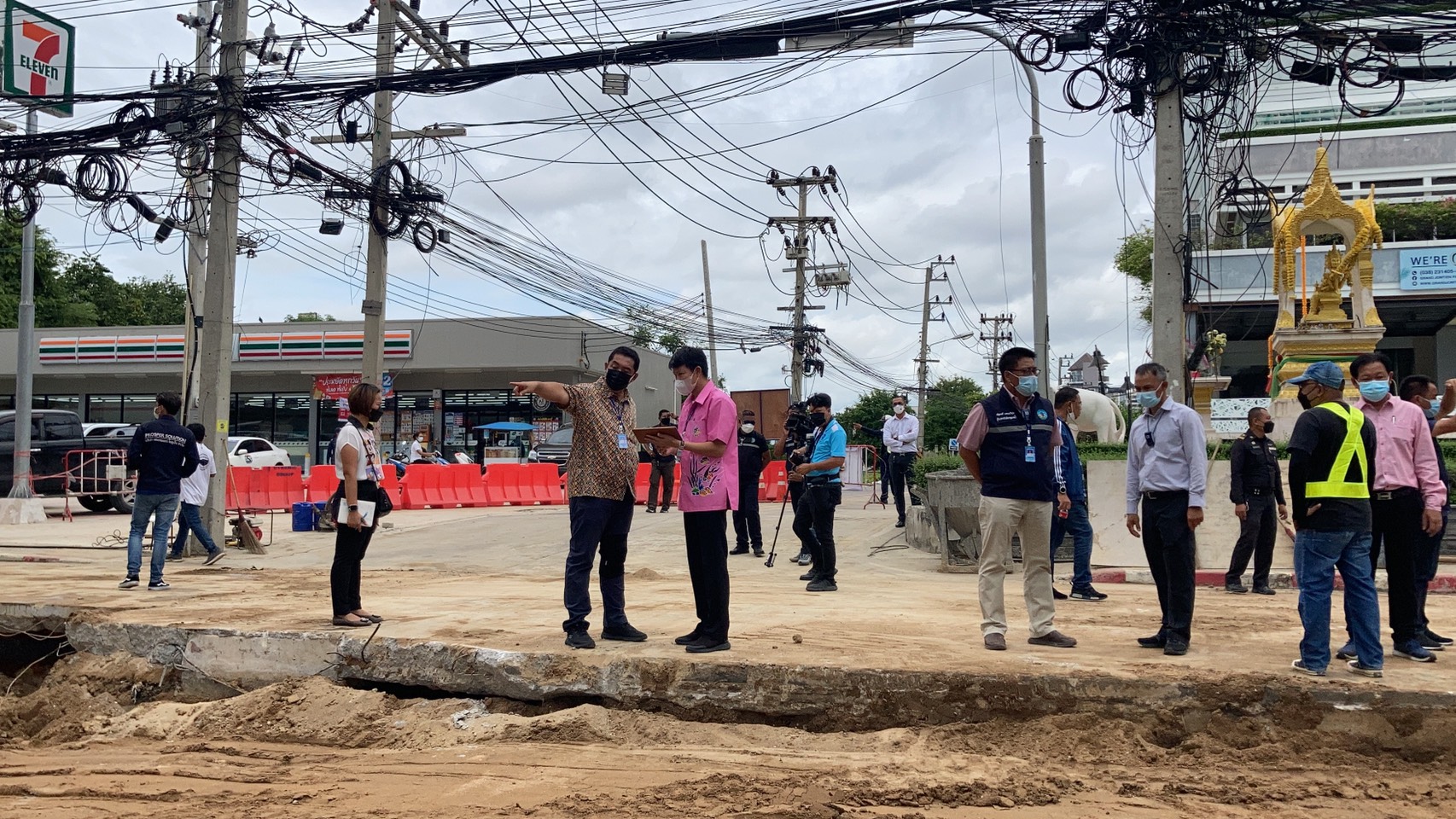 Mayor Sonthaya told The Pattaya News, “We have used all possible resources to expedite the repairs of this road as this particular area is a major travel point, especially on weekends. The drainage beneath the road was also damaged and needs repair. As we begin to focus on attracting domestic tourism once again this area has become a top priority.”

“We have to fix the drainage system which runs from Soi Wat Boonkanjanaram first. The drainage system collapsed due to severe water pressure during the storms, which as a result caused the collapse of the road near the beach once the pipe had collapsed.” The Mayor continued.

“After the drainage pipe is fully repaired we will then recover the roadway. We expect at least one lane to be able to reopen to traffic within three-four days, with the rest of the road as early as next week.” The mayor concluded. 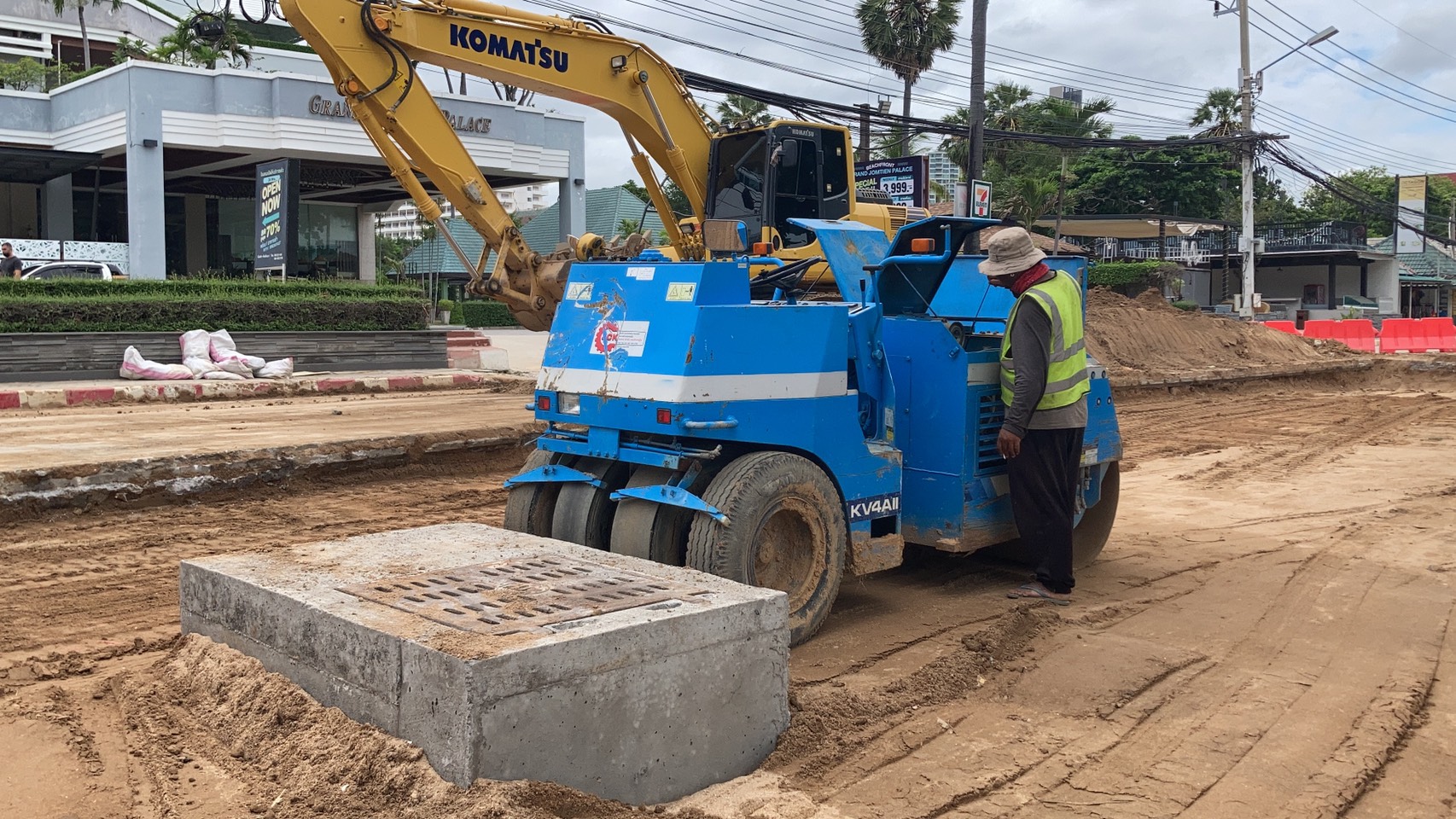