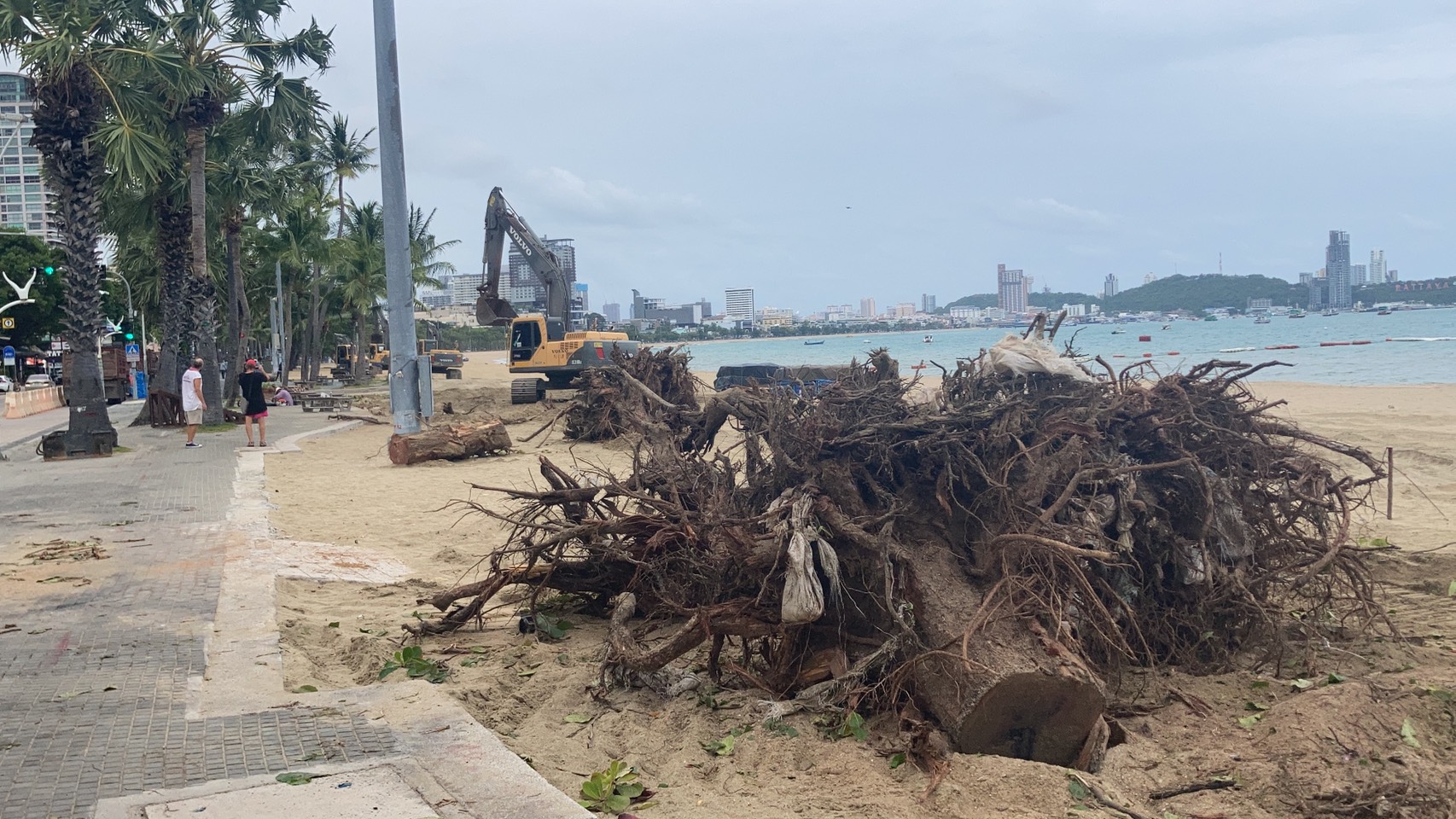 The Pattaya City Mayor has addressed the status regarding the Pattaya beach remodel project after a group of prominent local Thai residents and community leaders protested earlier this week.

First, catch-up on the situation so far:

A group of prominent local Thai residents and community leaders protested about a major Pattaya Beach remodel project on August 16th near North Pattaya Beach. The project is now being paused after it had just started on Sunday, August 15th.

Second, here is a video version of this news for those who prefer:

Yesterday, Tuesday (August 17th), Pattaya City Mayor Sonthaya Khunploem told the associated local Pattaya press, “The Pattaya beach remodel project is a long-planned continuation of a multi-phase project that started from previously expanding the size and width of the beach sand which was already done several years ago. It is also meant to complement recent water drainage projects and is the next phase of this overall plan. It is not a brand-new project or a replacement for the drainage or sand expansion plans.” 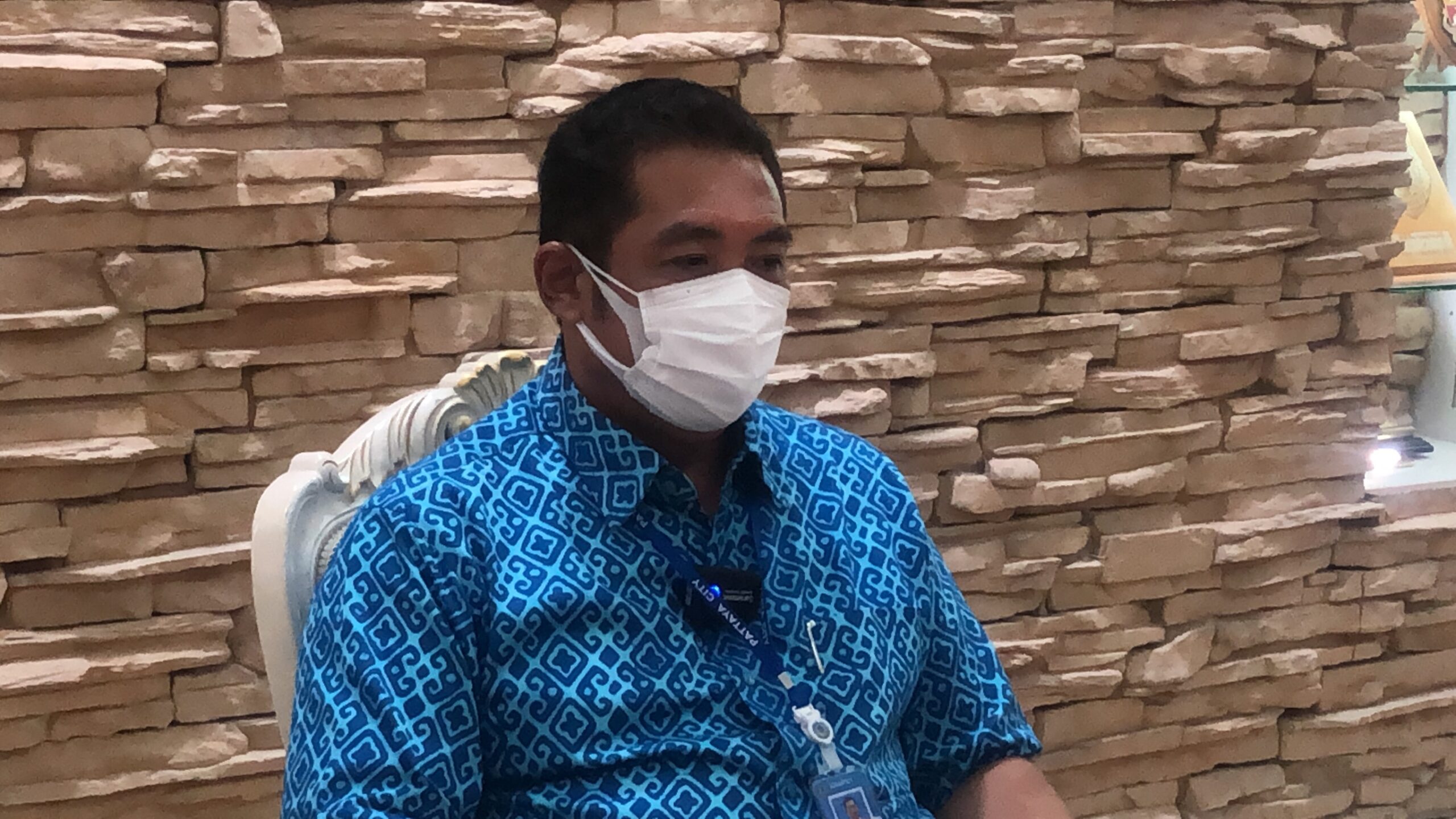 “The project is being supported by the Eastern Economic Corridor (EEC) and private investment which has continued to improve local beaches including Jomtien Beach. This plan was mapped, discussed, and put together long before Covid-19, and the budget set aside for this program was put together by EEC investors and participants specifically for this purpose well before Covid-19 hit. The money being utilized for this plan could not be redirected to Covid-19 efforts even if we wanted to due to the fact that the project is an EEC initiative and was funded and raised well before the virus with EEC investors specifically raising funds for this purpose.” The Mayor stated.

“As for the Pattaya Beach area, we have studied every tree on the beach. We have built a design which limits the number of trees that have to be constantly groomed, trimmed, cut, or removed.” The Mayor continued. 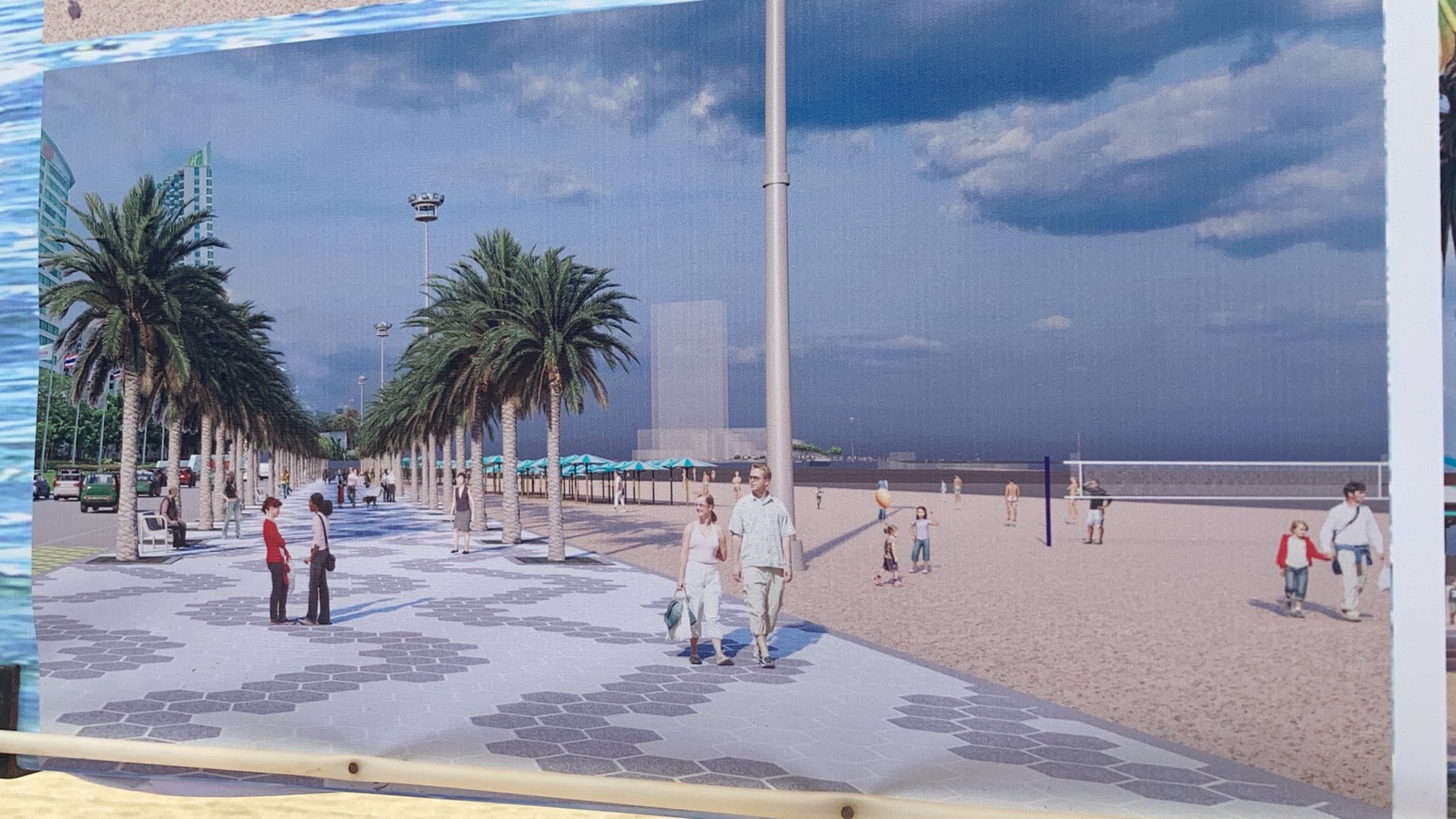 “The trees that have been removed already from Pattaya Beach are easily grown and grow very quickly. Some beach operators and vendors specifically grew the trees over the years to help shadow against the hot sun.” The Mayor explained

“However, these larger trees have a tendency to have branches break, especially during heavy storms and we have had several incidents of people injured. The larger trees also tend to attract insects, birds, rodents, and other types of wildlife that both vendors and tourists dislike. Regardless, We are keeping at least 75 percent of the current trees on the beach.” The Mayor added. 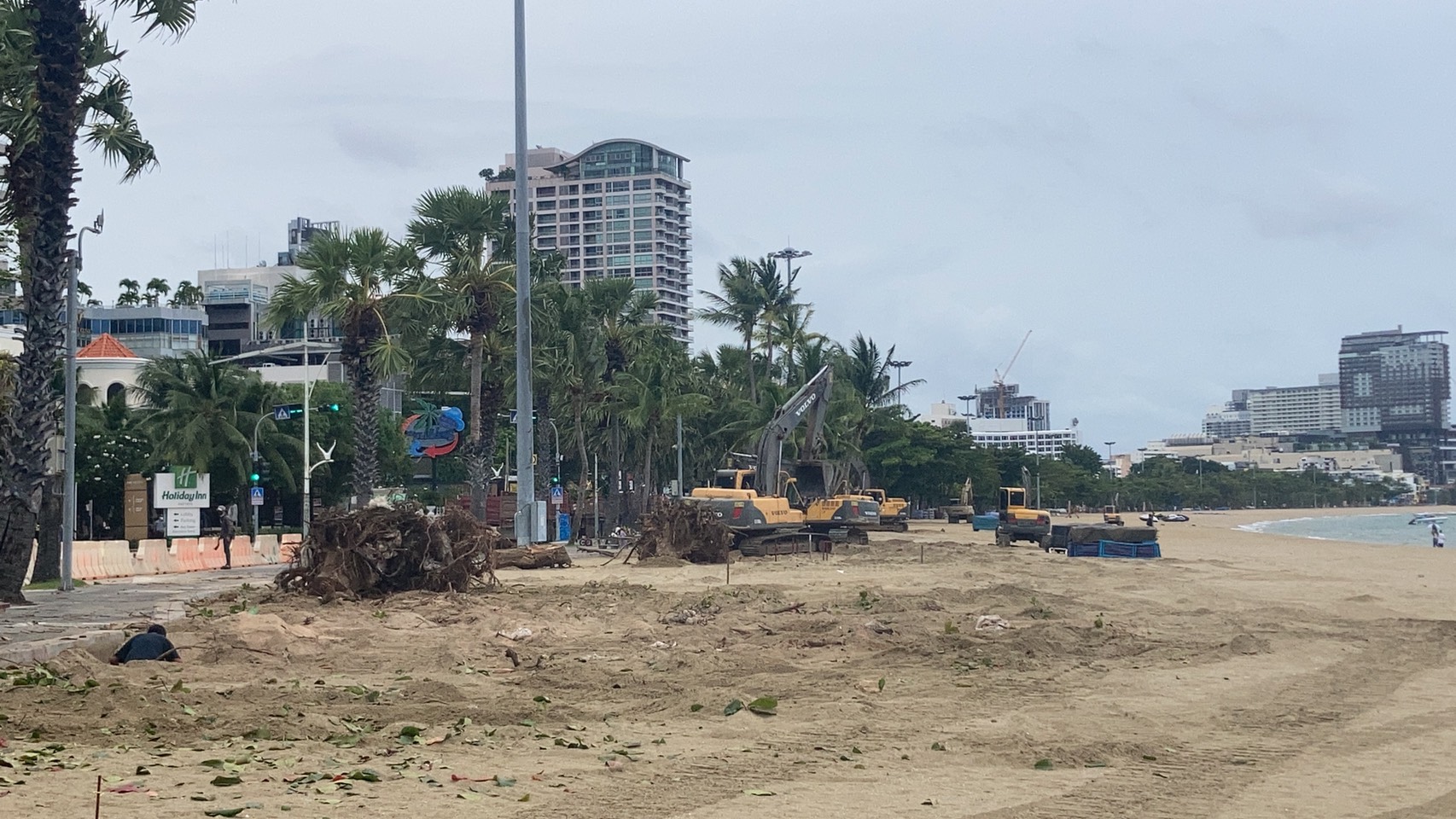 “At the same while we are working on the beach remodel project, we are continuing to help people in Pattaya during the Covid-19 crisis as best as we can. The Covid-19 budgets are in separate funds and we are actively doing all we can, including our previous private purchase of vaccines, to help provide assistance and recovery for the virus.”

The Mayor plans to hold a limited “town hall” in the near future, under strict Covid-19 capacity limits and rules, with prominent residents that have been protesting the plan to further explain the city perspective on the project and invite those opposed to share their opinions and alternate ideas. The main portion of the plan the opponents are opposed to, TPN media notes, is the destruction of existing trees, as well as the timing of the plan in terms of the current Covid-19 crisis.

Opponents of the plan told TPN media earlier in the week that some aspects, such as public bathrooms, better parking, handicap access, playground, and exercise areas, were well needed for Pattaya Beach but were still concerned about the optics and timeframe of the project during the sustained Covid-19 crisis with so many people out of work and in desperate situations.