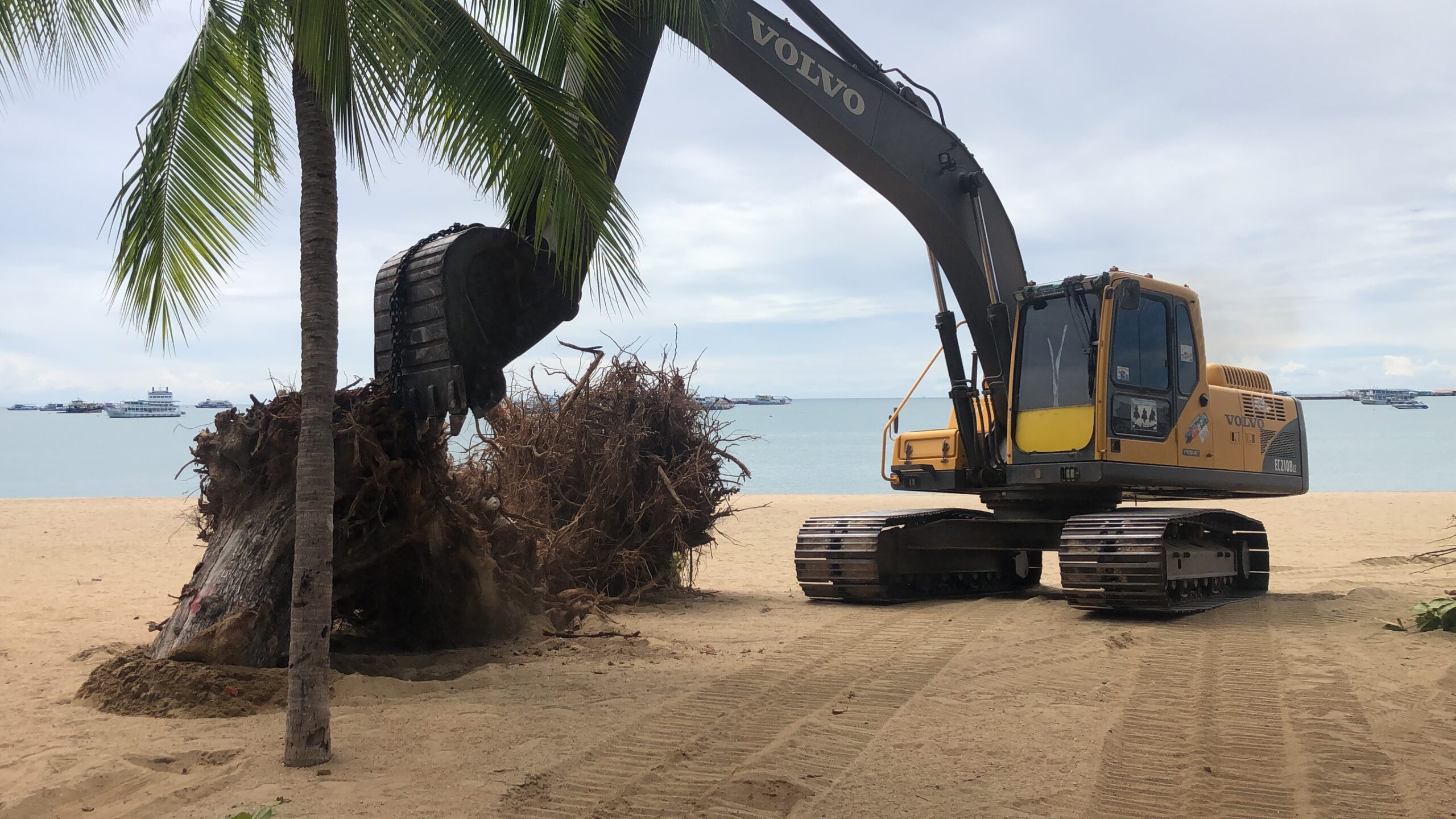 A group of prominent local Thai residents and community leaders protested about a major Pattaya Beach remodel project yesterday (August 16th) near North Pattaya Beach. The project is now being paused after it had just started on Sunday, August 15th.

First, here is our video report from the start of the project, seen by clicking here.

Yesterday, multiple large trees were being removed by construction equipment when the protest group arrived in the mid-morning hours. The protesters were led by Ms. Jidapa Tanahatthachai a resident well-known as ‘Sor Ong’ who is also a former Pattaya Redshirt leader and Mr. Chairat Ratanaopas, the president of the Eastern Spa and Wellness Association.

The protesters stated to The Pattaya News that they believe the project is destroying the original natural environment of Pattaya Beach. 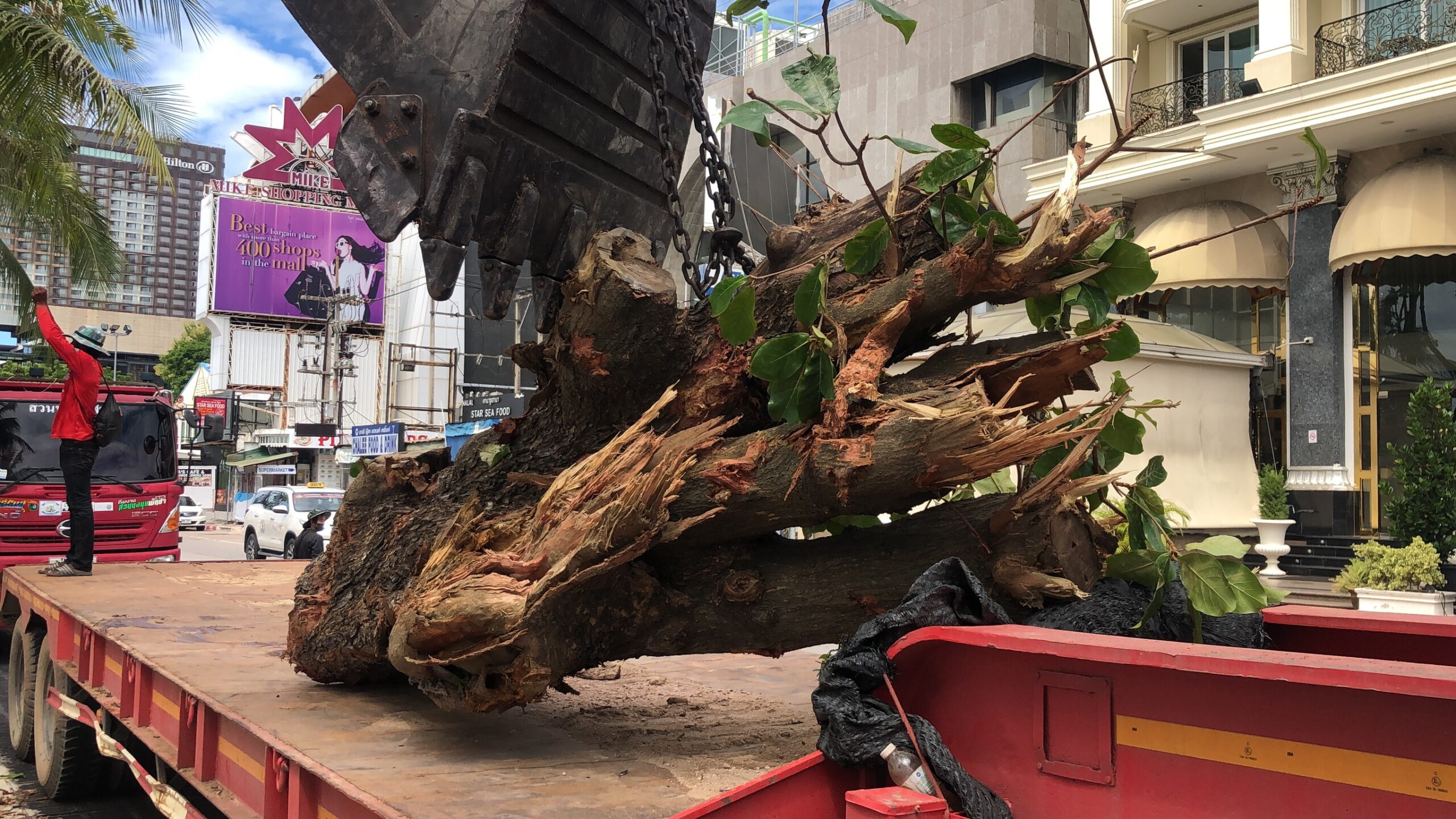 Ms. Jidapa added, “Multiple large, older trees have already been removed from the beach. This is destroying nature. I grew up with these trees and they provide well-needed shade for residents and beach vendors. We understand that this project is to prepare to welcome tourists in the future.”

“However, this is the wrong time to do a beach remodel due to the Covid-19 crisis. We should pay more attention to protecting and controlling the spread of the virus and people who need food and supplies. Thousands of residents are hungry and on the streets, this is not the time to do a remodel.” Jidapa stated, a view that was largely agreed upon on comments on The Pattaya News video channels about the remodel.

Major Jeerawat Sukhontasap the director of Pattaya City Law Enforcement, came to the scene and personally talked with the protesters to calm down the situation as the protesters had reportedly threatened to forcefully block the progress of the workers if the construction and removal of the trees continued. 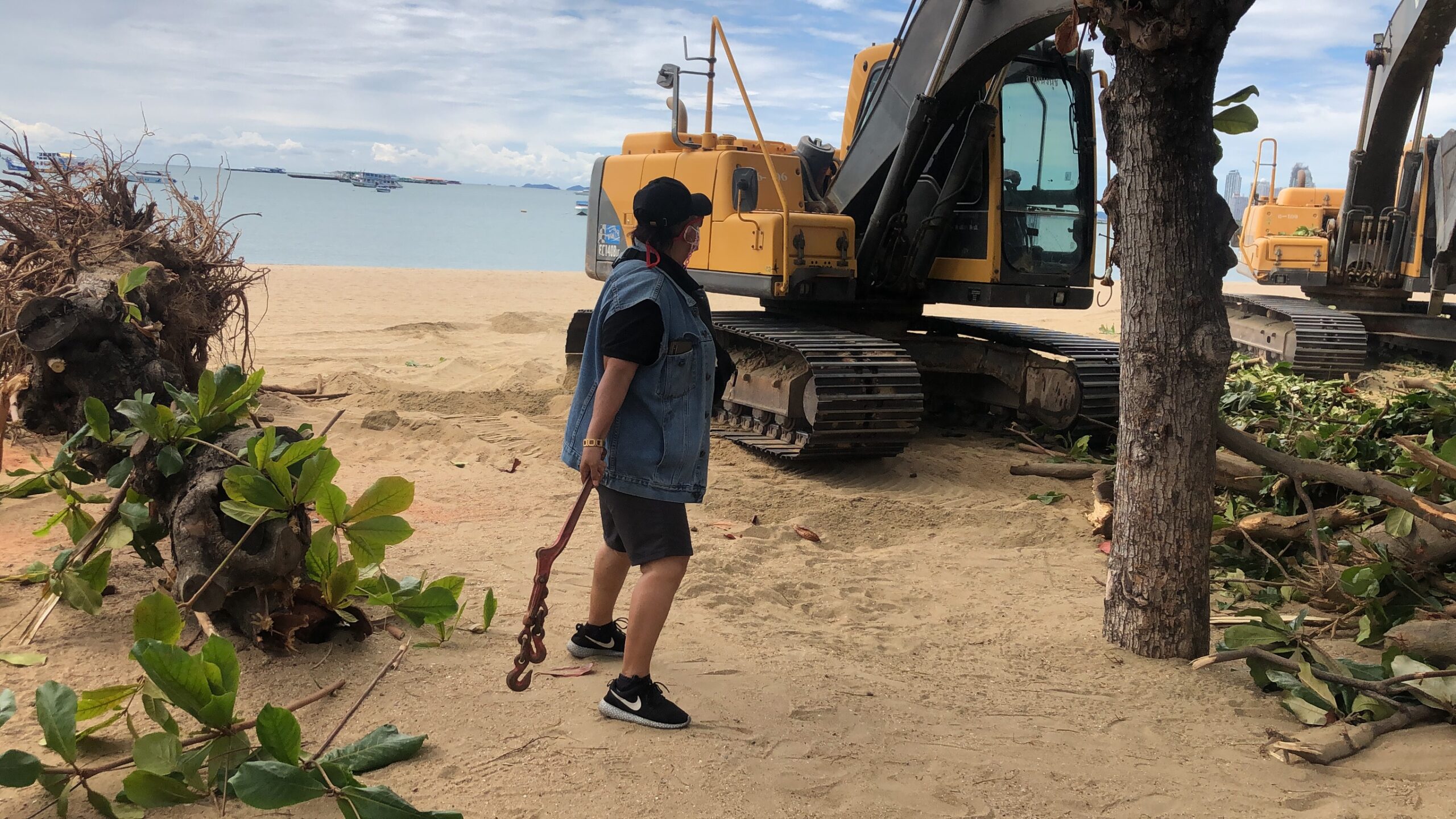 Major Jeerawat told The Pattaya News “The project has been temporarily paused for discussions between the community leaders and the mayor. All equipment and machines are to be removed from the beach at this time.”

The Pattaya News will provide further updates on this project as they became available. 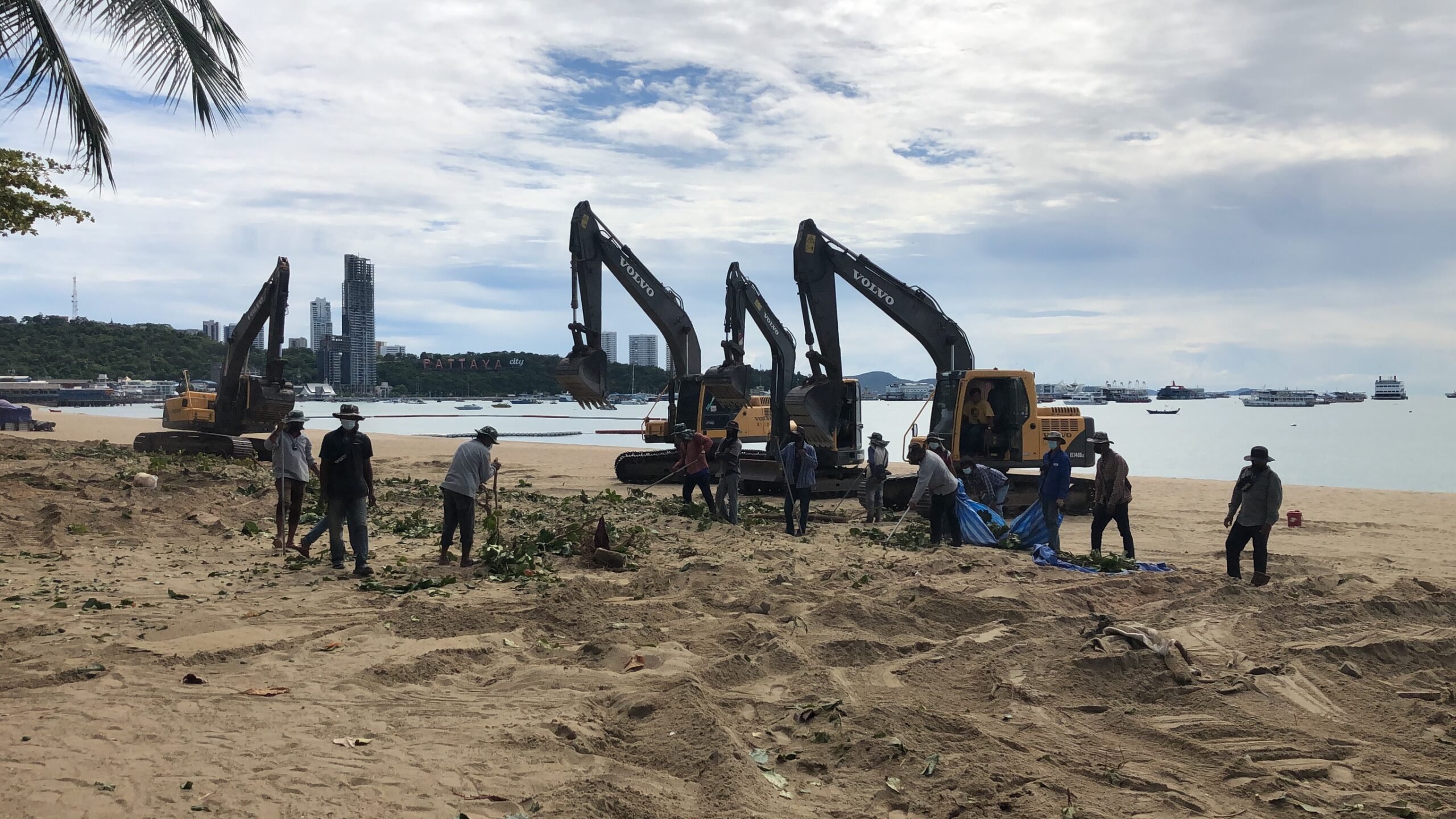