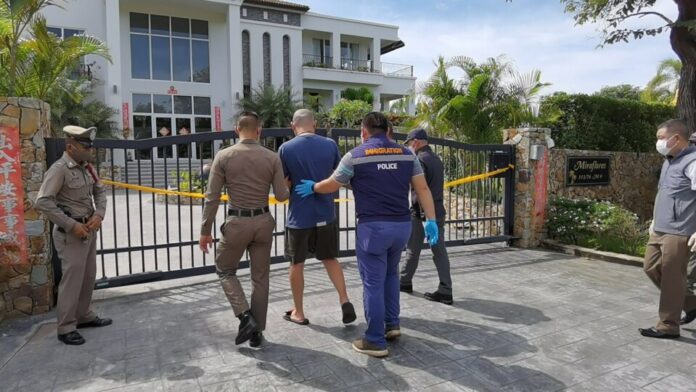 The main suspect in a luxury mansion shooting in Pattaya last week where two police officers who were part of a team serving a search warrant were shot remains in custody at a prison in Banglamung. Meanwhile, the visas of six other foreigners residing or associated with the mansion have been canceled according to Region 2 Police officers.

First, let us recap the situation so far with this particular case.

Two police officers from the Region 2 Police (Chonburi) sustained serious injuries from gunshot wounds after bringing a search warrant to a luxury mansion reportedly occupied by foreign nationals in Huay Yai around 5:00 P.M. on May 19th, 2021. The full report of the prior incident can be found below. 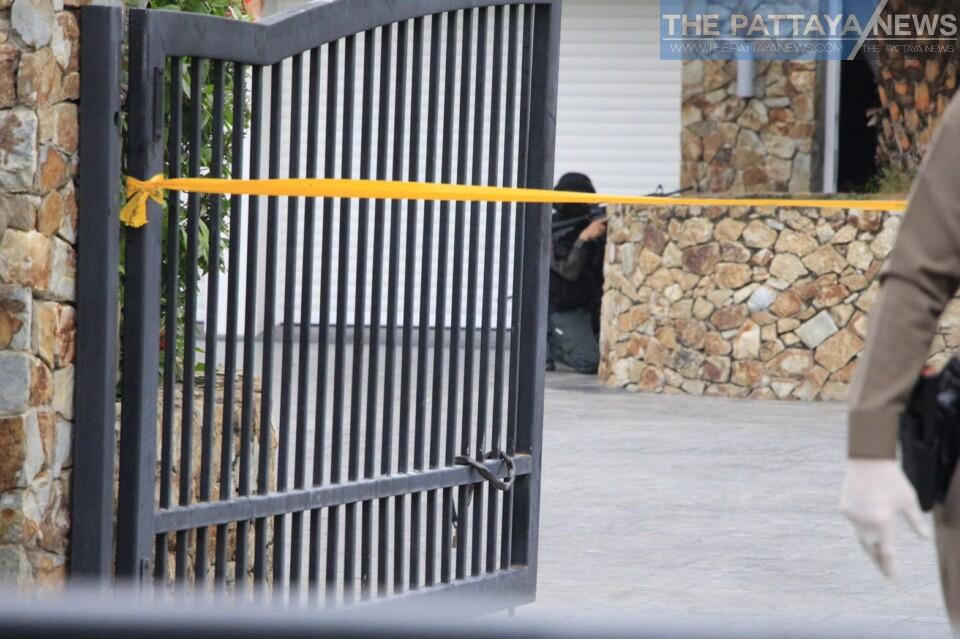 Officers from the Anti Money Laundering Office (ALMO) on Friday (May 21st) inspected the luxury mansion that was the site of a shooting of two police officers who were part of a team serving a search warrant when they were reportedly opened fire upon by a foreign national holding a passport from St. Kitts and Nevis. The information around this investigation can also be found below.

The prime suspect Mr. Zhang​ Yang, 35, who holds a passport from the Caribbean nation of St. Kitts and Nevis which is a popular citizenship by investment nation, and is also known by his nickname “Leo”, is now in custody at the Nong Plalai Prison in Banglamung according to corrections officials at the prison and Region 2 police officers. 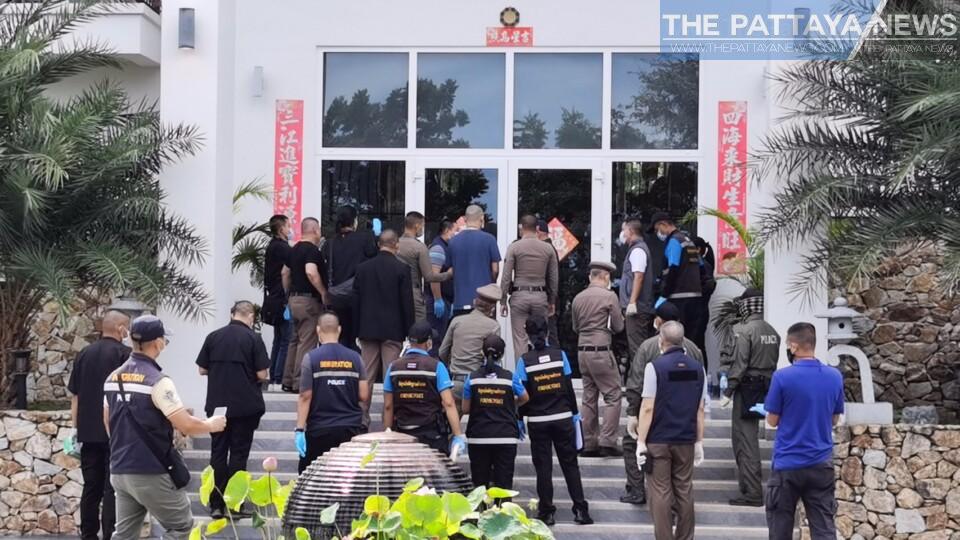 Visas of other six foreigners, who were identified as two Myanmar nationals and four Chinese nationals who lived at the mansion have been canceled, according to Region 2 police. All six are set to be deported once the investigation around the current incident is completed and remained at the Banglamung police station as of press time. The exact reason for the cancelation of their visas was not stated by relevant law enforcement officials to The Pattaya News or associated local press.

The photos in this article show the suspect, Zhang, taken to the luxury mansion where the event took place for a re-enactment of the event, part of standard policy for major crimes in Thailand.

Captain Panthep Sriboonnak of the Region 2 police, who had sustained serious injuries from three gunshot wounds after reportedly being fired upon by Zhang and had two surgeries is still in critical condition, reportedly in a coma at a Chonburi area hospital.

The overall case remains under investigation and Bangkok-based transnational crime units are reportedly involved in the situation.