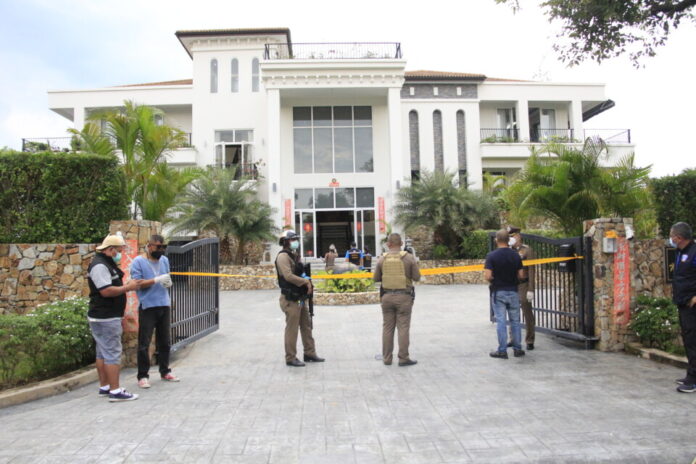 Two police officers from the Region 2 Police (Chonburi) have sustained serious injuries from gunshot wounds after bringing a search warrant to a luxury mansion occupied by foreign nationals in Huayyai yesterday afternoon around 5:00 P.M. (May 19th).

Region 2 Police arrived at the three-and-a-half-story luxury mansion, with an estimated value of several hundred million baht, with a search warrant to investigate the mansion premises yesterday afternoon just before 5:00 P.M. A foreign national who was inside the mansion at the time of the raid allegedly opened fire at police, firing multiple shots. The reason for the search warrant was not immediately revealed by Region 2 Police.

Two police officers who were named to the press as Captain Panthep Sriboonnak and Senior Sergeant Major Greetha Thipnet who are working for the Region 2 Police have sustained serious injuries from bullet wounds. Captain Panthep was in critical condition with three bullet wounds, to his shoulder, chest, and stomach. Sergeant Major Greetha had been shot in the leg and is expected to fully recover. They were taken to a local hospital for medical assistance.

Following the active shooter incident, a team from the Region 2 Police, Tourist Police, Immigration Officers, the Huayyai Police, and Special Weapons and Tactics (SWAT) were urgently called to the scene to secure the mansion. As seen in the pictures below, dozens of heavily armed officers arrived at the premises at which point the occupants of the mansion reportedly surrendered. Officers found a firearm (seen in the photo below) abandoned on the floor with broken glass and signs of an altercation on a landing on the third floor of the mansion. Bloodstains were near this area along with forty spent bullet cartridges on the tile. 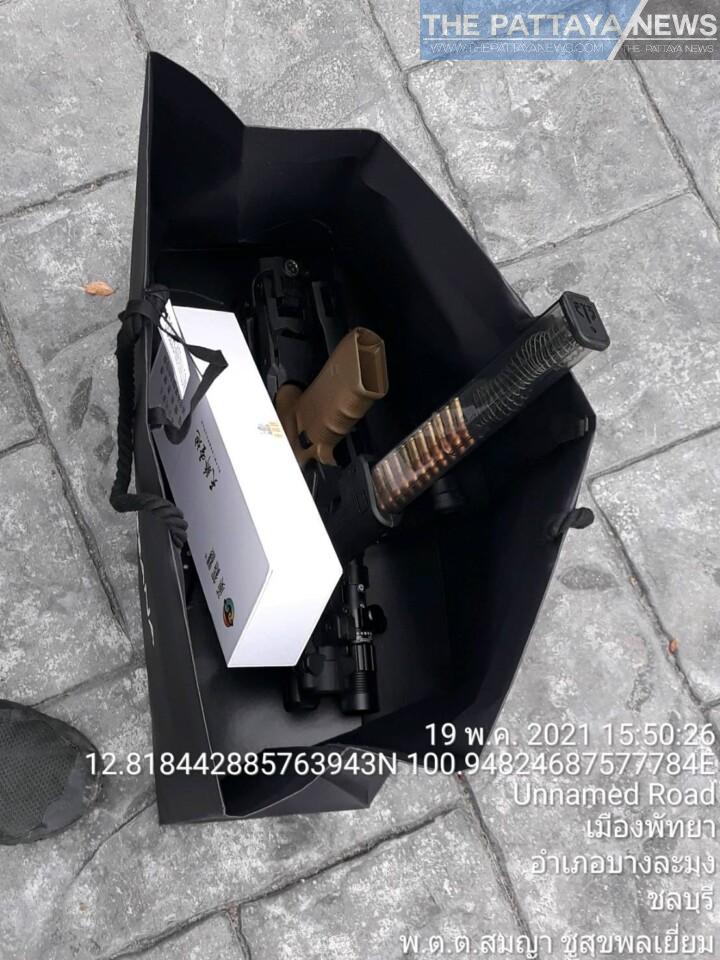 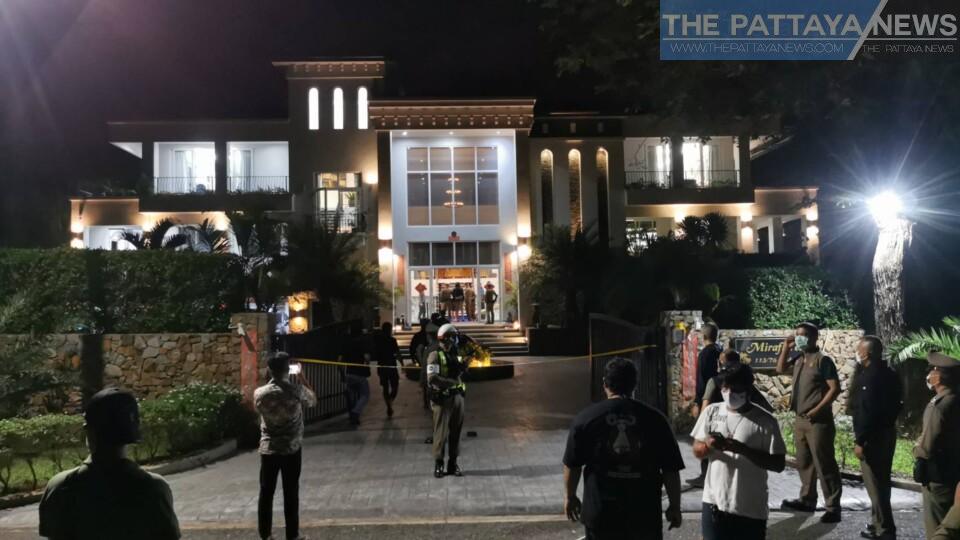 Region 2 Police mentioned to the local press that many foreigners who are of Chinese and Cambodian nationality that live inside the house were arrested. However, Region 2 police have yet to reveal further details to the local press, although a press conference is expected at a later time to give further clarification to the exact charges against the suspects that resided at this luxury mansion located near a golf course. Multiple luxury vehicles, including a Porsche and a white Rolls-Royce, were also parked at the mansion. All the occupants of the mansion were detained and taken into police custody, including the suspect who reportedly fired shots at Thai police.

A gardener, Mr. Nattiwut Donchaisong, 41, who was mowing the front lawn of the estate when the raid took place, told The Pattaya News that when police first arrived in about three to four cars officers calmly knocked on the front door and almost immediately shots began to be fired from an upper floor. Nattiwut said he dove into shrubbery nearby to take cover until he was able to later escape when backup reinforcements from SWAT arrived at the scene of the incident. 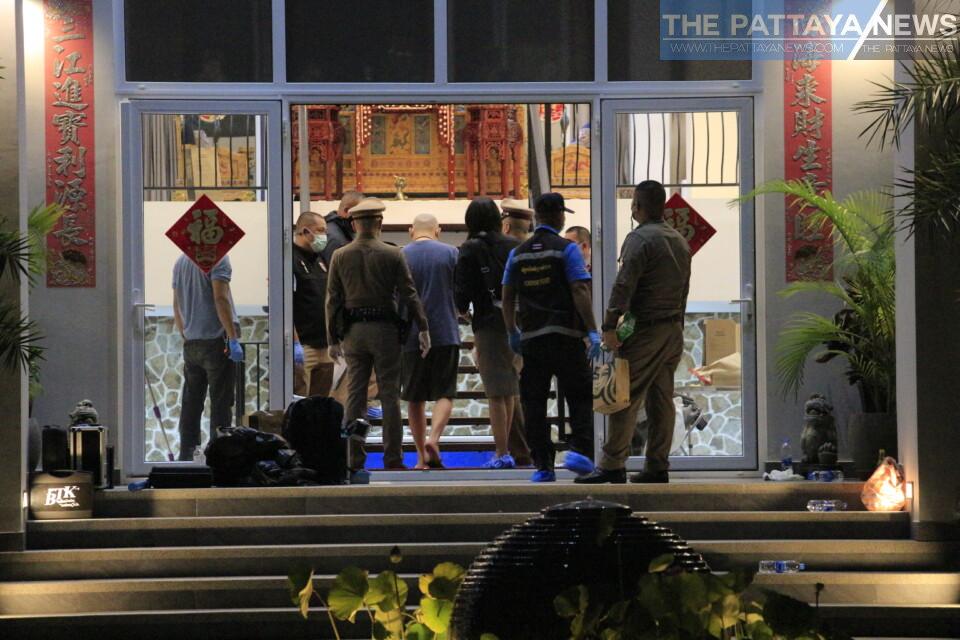 Update: As of 1:00 P.M on May 20th, 2021, Maj. Gen. Suwat Jengyodsuk, Commissioner of the Royal Thai Police addressed the situation. He did not state what the original search warrant was for, however, stated the following:

-8 people were present in the mansion, all were foreigners and were arrested. The Thai gardener working outside was not arrested and not connected with the incident.

-One foreigner is being charged with attempted murder. He was named as Zhang Yang, 35, from St. Kitts and Nevis in the Caribbean.

-The police officer in critical condition with three gunshot wounds, Captain Panthep Sriboonnak, has successfully had a second operation and is recovering from surgery but is in a coma.

-All eight suspects will be charged with every offense available under Thai law, including possession of illegal firearms. Their immigration status is also being looked into this afternoon, May 20th.

-The suspects are believed to be connected to online gambling.

-Computers and documents were seized from the suspects and are being examined.

TPN Media will provide any further updates as we get them.

-Lawyer of the suspects Mr. Anirut Kongsap has come forward and is asking for the public to not judge his clients before all the facts come out. – He questioned the legality of the warrant, although police have already responded and said it was served properly.

-He says the suspects firing at police officers was out of fear of strangers arriving at a house and not knowing who they were on private property as the police were not in full uniforms, police disagree and claim they clearly identified themselves and revealed additional details around the main suspect who attempted to flee, firing shots from a bedroom.

-He stressed no drugs were found at the property and there were no signs of illegal drugs. This so far appears to be true.

-Police presented additional items seized, including riot shields, bulletproof vests, bulletproof barriers and bags, and other equipment reportedly found at the home. Police questioned why legitimate real estate agents would have these items. 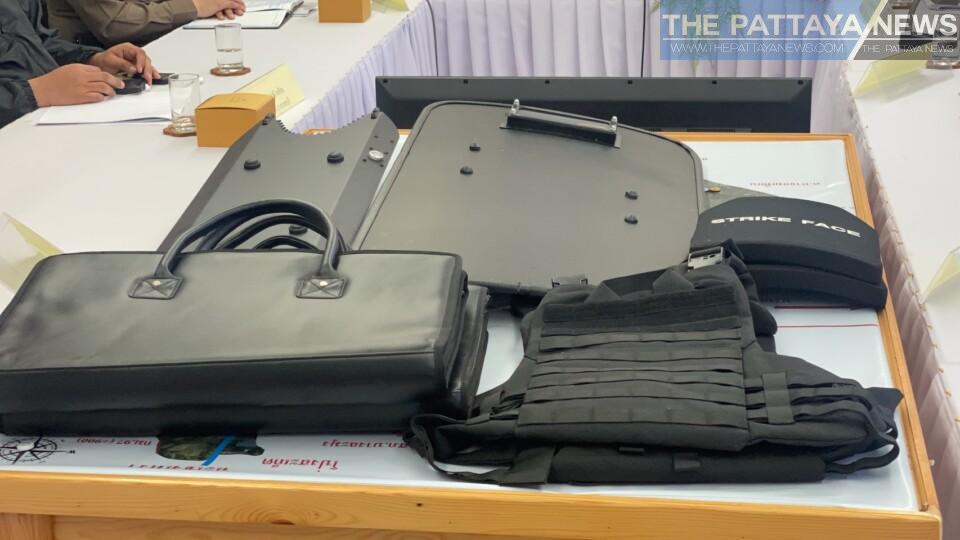 -Police are searching electronic devices and documents found at the scene for evidence of illegal activities. 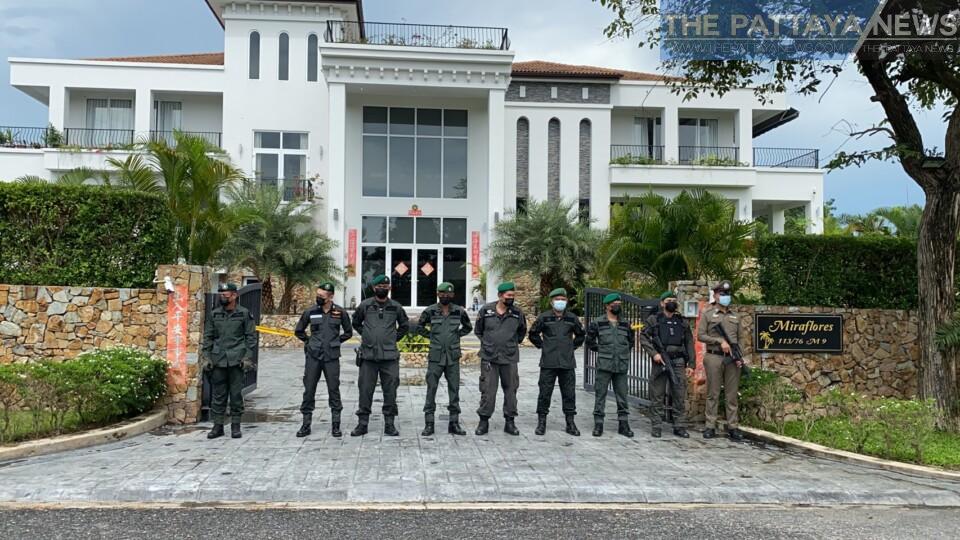