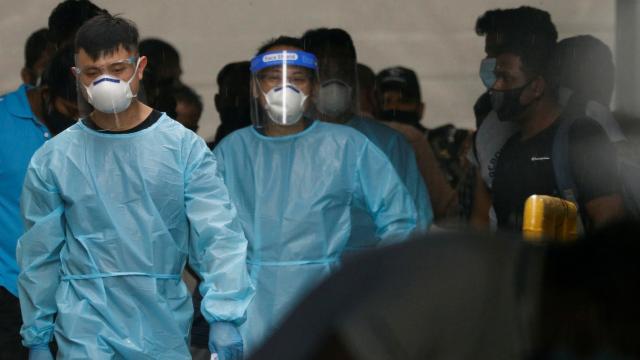 Thailand reported 1,974 domestic infections among a total of 1,983 new, confirmed Covid-19 cases with 34 additional deaths in the past 24 hours, reaching a new high in the number of fatalities, CCSA assistant spokesperson Apisamai Srirangsan announced this morning, May 12th. 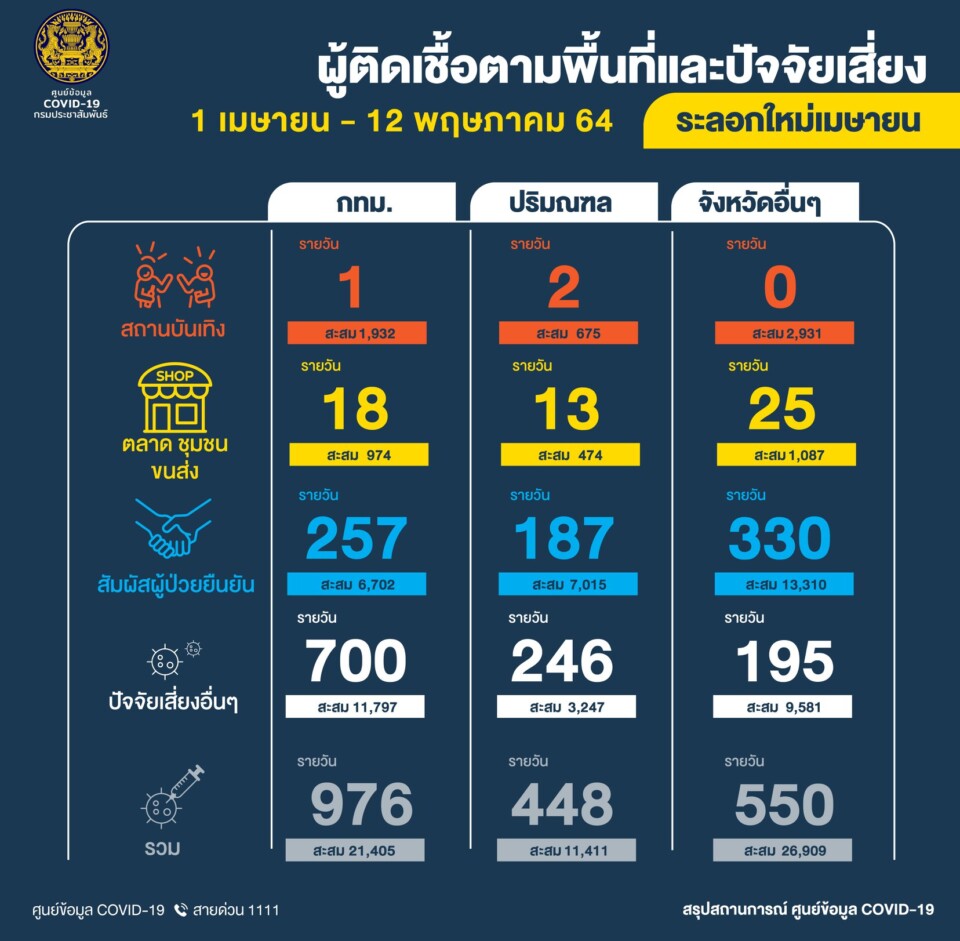 Regarding domestic infections, the first group of 976 local infections was discovered in Bangkok. One of them was reportedly connected to entertainment venues, 18 were from community markets and villages, 257 were from being in close contact with confirmed infected patients, and the other 700 infections were connected to other risky places. Other risky places are generally those such as private house parties, drinking circles, workplaces without sufficient social distancing measures like some construction or factories, densely packed communities like migrant workers camps, crowded markets or temples, and similar locations.

The last group includes 550 domestic infections that were found in other provinces. 25 of them were connected from community markets and villages, 330 were from being in close contact with confirmed infected patients, and 195 of them were connected to other risky places. The majority of the group was discovered in Nonthaburi with 266, followed by Samut Prakan with 110, Chonburi with 57, and Surat Thani with 53. 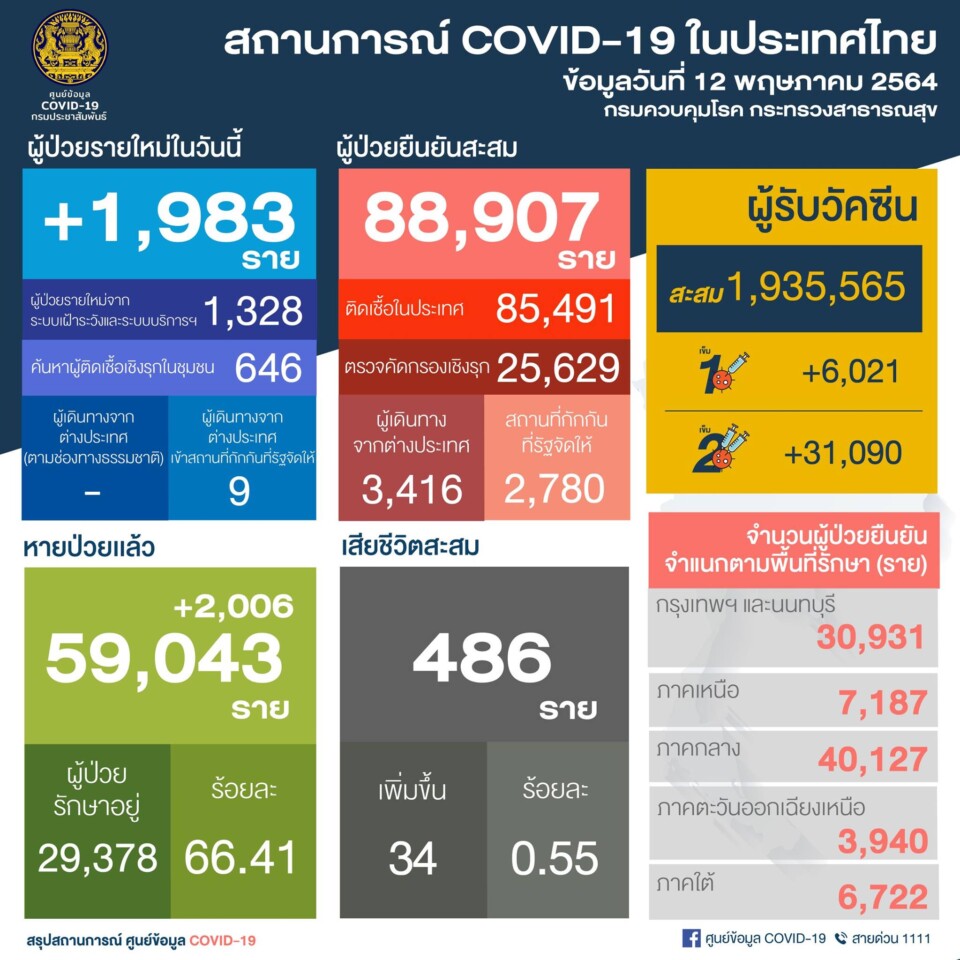 As of today, 2,006 people fully recovered in the past 24 hours and have been released from field hospitals and quarantine centers. Thailand has now reached a total of 88,907 cases with 59,043 recoveries and a total of 452 deaths since the start of the pandemic. About 6,021 people received their first shot of a Covid-19 vaccination and another 31,090 people received their second shot yesterday, marking a total number of 1,935,565 vaccinated people in Thailand who have received at least one dose of a vaccine.