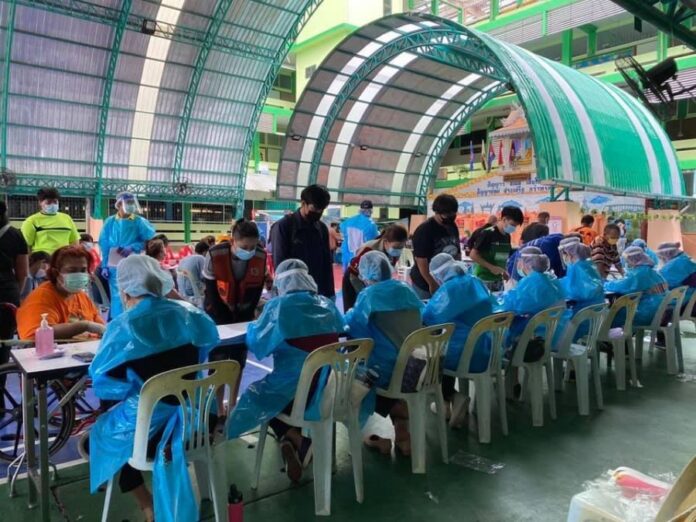 Thailand reported 2,086 domestic infections among a total of 2,101 new, confirmed Covid-19 cases with 17 additional deaths in the past 24 hours, CCSA spokesperson Taweesilp Visanuyothin announced this morning, May 9th.

Most of them were reported with underlying health conditions, including hypertension, diabetes, heart disease, hyperlipidemia, obesity, epilepsy, chronic lung disease, cirrhosis, past stroke, and chronic liver disease. One of them was a bedridden patient and the other three refused to expose their health conditions. 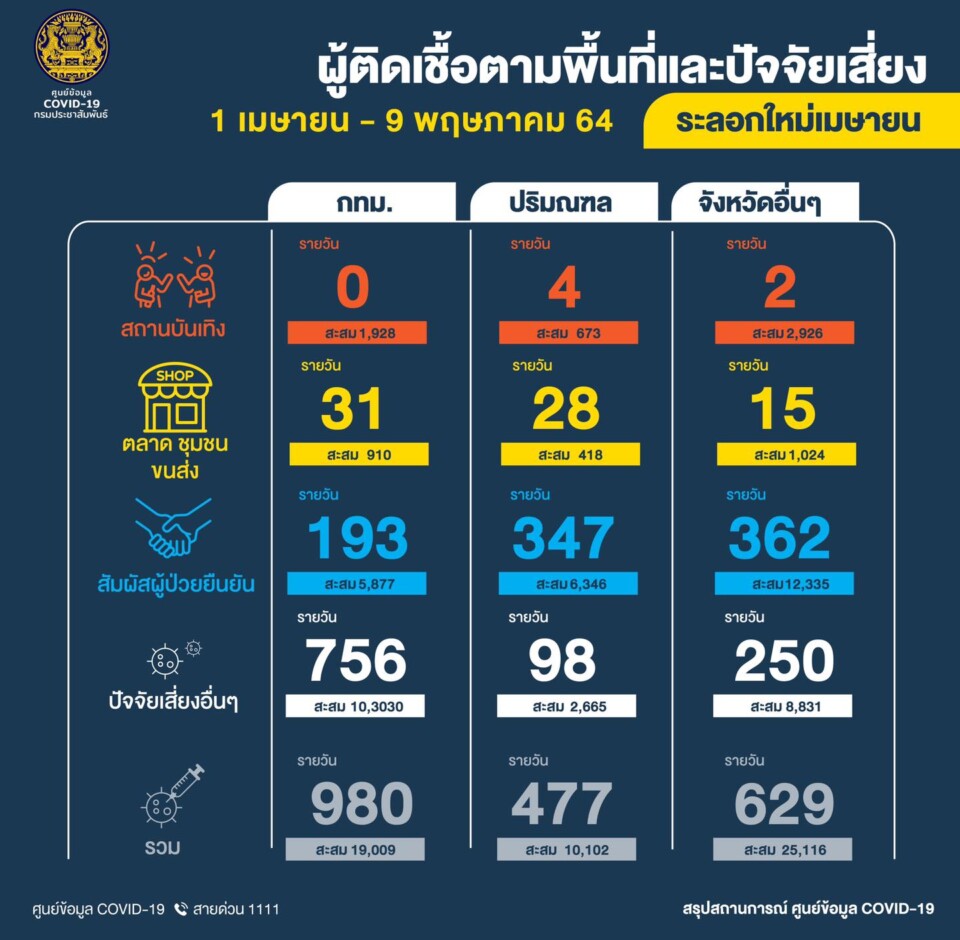 Regarding domestic infections, the first group of 980 local infections was discovered in Bangkok. 31 of them were reportedly from community markets and villages, 193 were from being in close contact with confirmed infected patients, and the other 756 infections were connected to other risky places. Other risky places are generally those such as private house parties, drinking circles, workplaces without sufficient social distancing measures like some construction or factories, densely packed communities like migrant workers camps, crowded markets or temples, and similar locations.

Bangkok’s districts with the highest number of cases in the past 24 hours are Pom Prap Sattru Phai with 31, Khlong Toei with 19, Pathumwan with 18, Din Daeng with 14, Lat Phrao with 12, Ratchathewi with 11, Huai Khwang with 11, Chatuchak with 10, and Watthana with 10.

The second group includes 477 cases that were reported in Bangkok’s vicinity. Four of them were reportedly connected to entertainment venues, 28 were from community markets and villages, 347 were from being close contact with confirmed infected patients, and the other 98 cases were connected to other risky places.

The last group includes 629 domestic infections that were found in other provinces. Two of them were connected to entertainment venues, 15 were from community markets and villages, 362 were from being in close contact with confirmed infected patients, and 250 of them were connected to other risky places. The majority of the group was discovered in Nonthaburi with 221, followed by Samut Prakan with 108 (mostly in a factory), Chonburi with 96, and Samut Sakhon with 95. 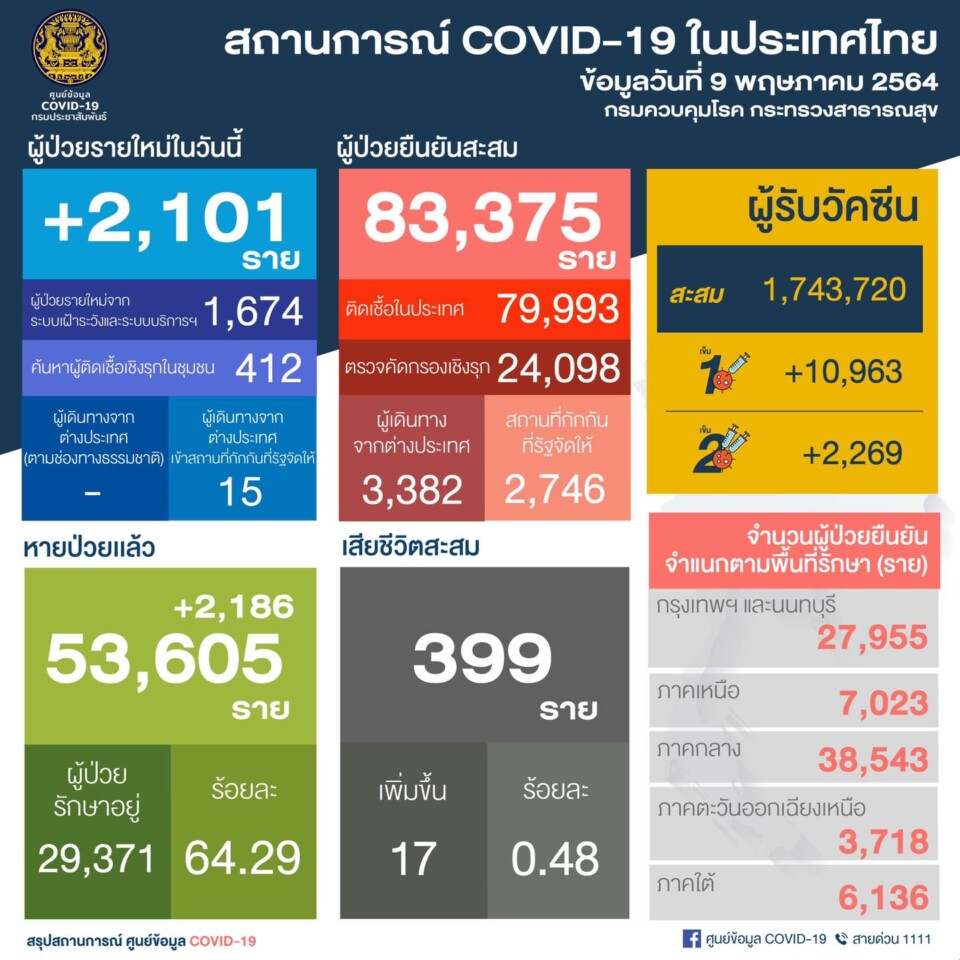 As of today, 2,186 people fully recovered in the past 24 hours and have been released from field hospitals and quarantine centers. Thailand has now reached a total of 83,375 cases with 53,605 recoveries and a total of 399 deaths since the start of the pandemic. About 10,963 people received their first shot of a Covid-19 vaccination and another 2,269 people received their second shot yesterday, marking a total number of 1,743,720 vaccinated people in Thailand who have received at least one dose of a vaccine.