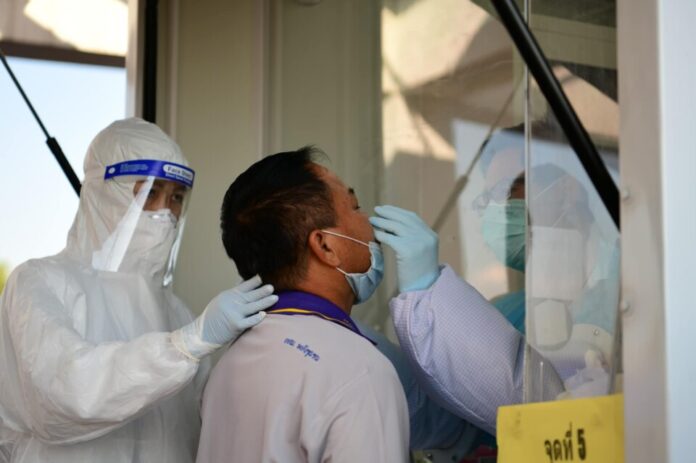 The Chonburi Department of Public Health announced 96 new and confirmed cases of Covid-19 this morning (May 8th), a slight drop from yesterday with one new death. 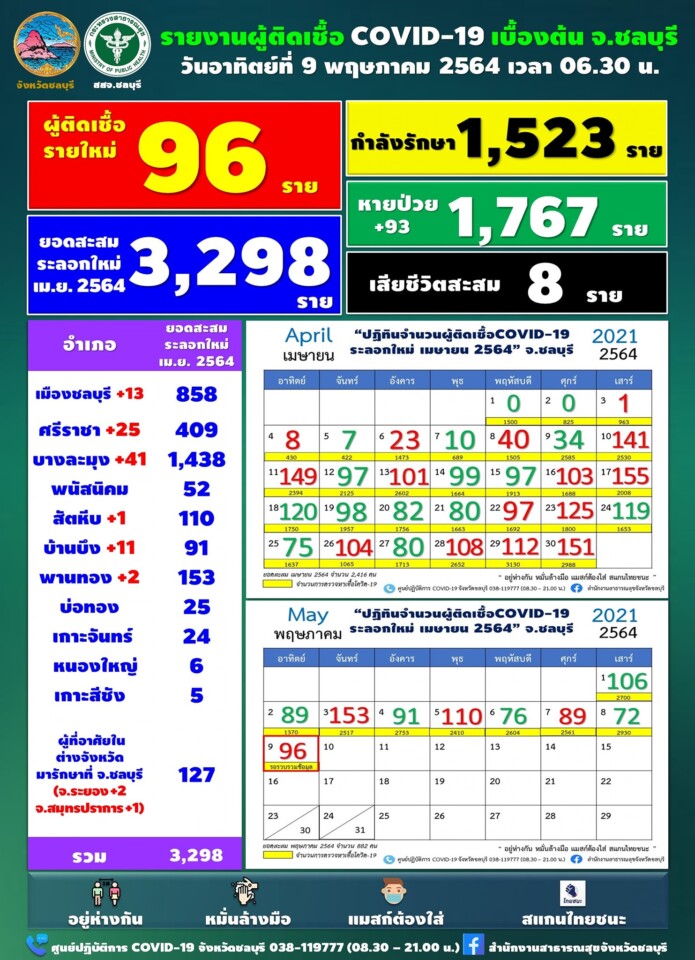 Additionally, 1,767 people in total have now been released from medical care and fully recovered since this current wave began. 93 people were released yesterday.

Mueang Chonburi with 13, Si Racha 25, Banglamung (including Pattaya) 41, Sattahip 1, Ban Bueng 11, and 3 patients from other provinces transferred to Chonburi for medical care.

In the last day, a total of 180 close contacts were tested from contact tracing, and 1610 people were tested in proactive testing when medical staff goes out into the community.

All are pending results. Additionally, another 1030 people were tested from Royal mobile testing vans and are also waiting for results as officials step up aggressive community testing.

Details on the new fatality were not given.