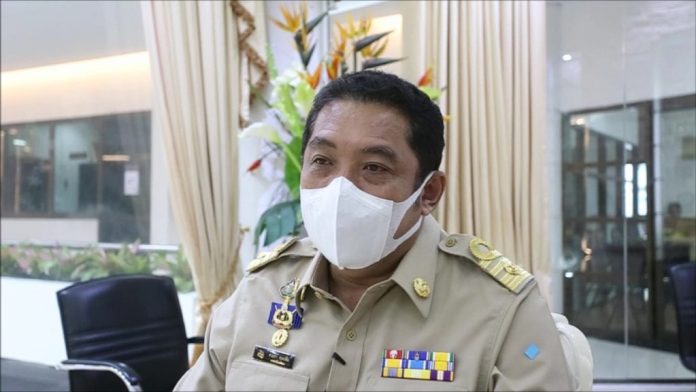 The Pattaya Mayor addressed criticism on social media this week regarding widespread flooding in Pattaya last week during a significant rainfall.

We covered the rainfall and flooding below.

Pattaya Mayor Sonthaya Khunpluem stated to The Pattaya News and associated press yesterday that the heavy rain flooded multiple areas, including Soi Khao Noi, the railway road and other locations.

He said that of the city water pumps multiple units were still under repair and were expected to be fully operational in the near future.

He also said that Covid19 had significantly delayed large sections of the city projects to install larger drainage systems and that the project was ongoing and not complete. Mayor Khunpluem pointed out that the erosion damage to the beach was significantly less than storms in the prior year and the flooding subsided much more quickly than prior years. He also stated that Beach road flooding was substantially less.

He said that once the project was complete, which was likely to be several more months, the city would see substantial improvement overall. The city put most road construction projects on hold, including drainage projects, for several months due to the Covid19 situation.

All projects have since resumed, he added.