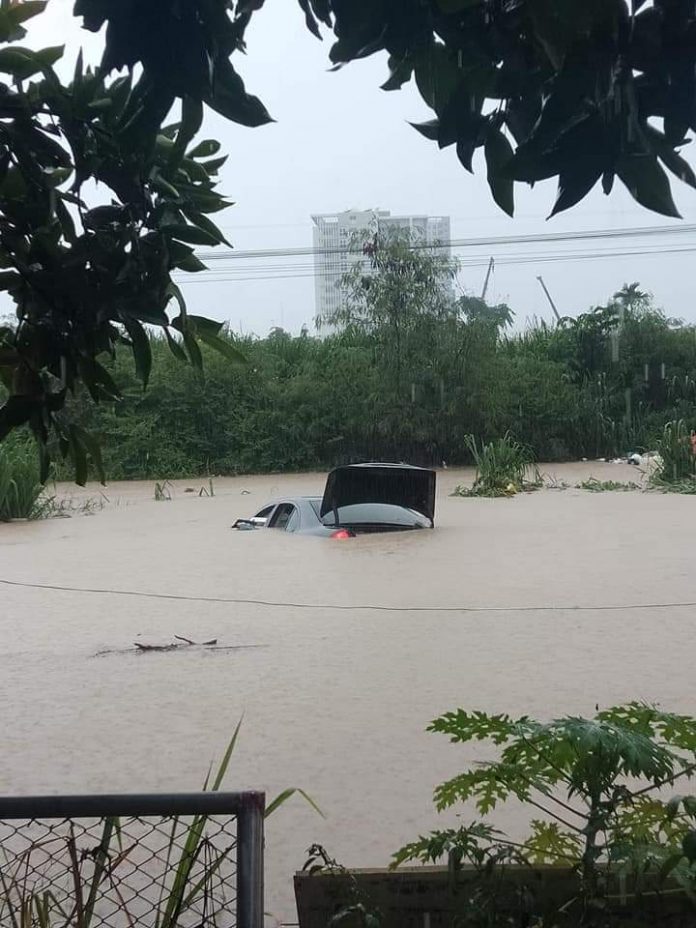 Heavy thunderstorms in the Pattaya area this afternoon caused major flooding and traffic delays on many Pattaya roads.

The rain hit around 2PM and lasted for about two hours.

See the link of our video below.

Water found on road surfaces ranged from about 50 centimeters to over 1 meter high.

Traffic remained backed up along major roads for several hours. Traffic police were sent to multiple areas to brave the storms and help direct traffic.

A black sedan was reported stuck in a flash flood near the railway road and Soi Khao Talo in which the water level reportedly almost hit its roof. The driver and the passenger were safely rescued with help from local residents and traffic police.

It took about one and a half hours after the rain stopped for the water level to decrease to passable levels, The Pattaya News notes.