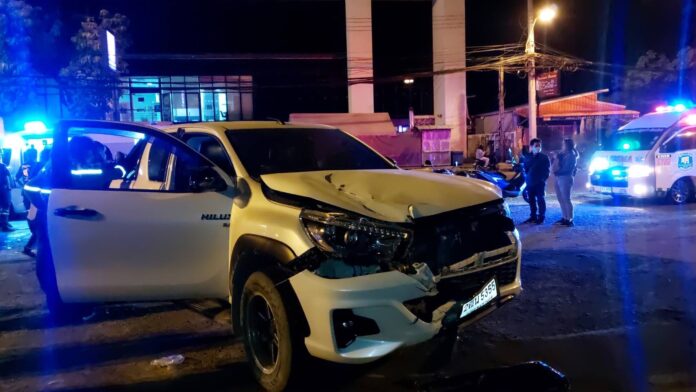 A Thai pickup driver reportedly admitted that he was drunk after crashing into a Russian motorist severely injuring him early this morning, December 20th.

Sawang Boriboon rescue services rushed to the entrance of Soi Jomtien 11 at 1:00 AM where the accident took place. They found a Toyota Revo pickup truck with a broken bumper along with its driver, 34-year-old Mr. Chaiyan Moohan, in an uninjured condition.

However, the rescuers found another unidentified motorist, who appeared to be Russian, according to the rescuers. The male foreigner was in a serious condition as he had several injuries and was bleeding severely. His GPX motorcycle was found nearby. The rescuers rushed him to the nearest hospital. 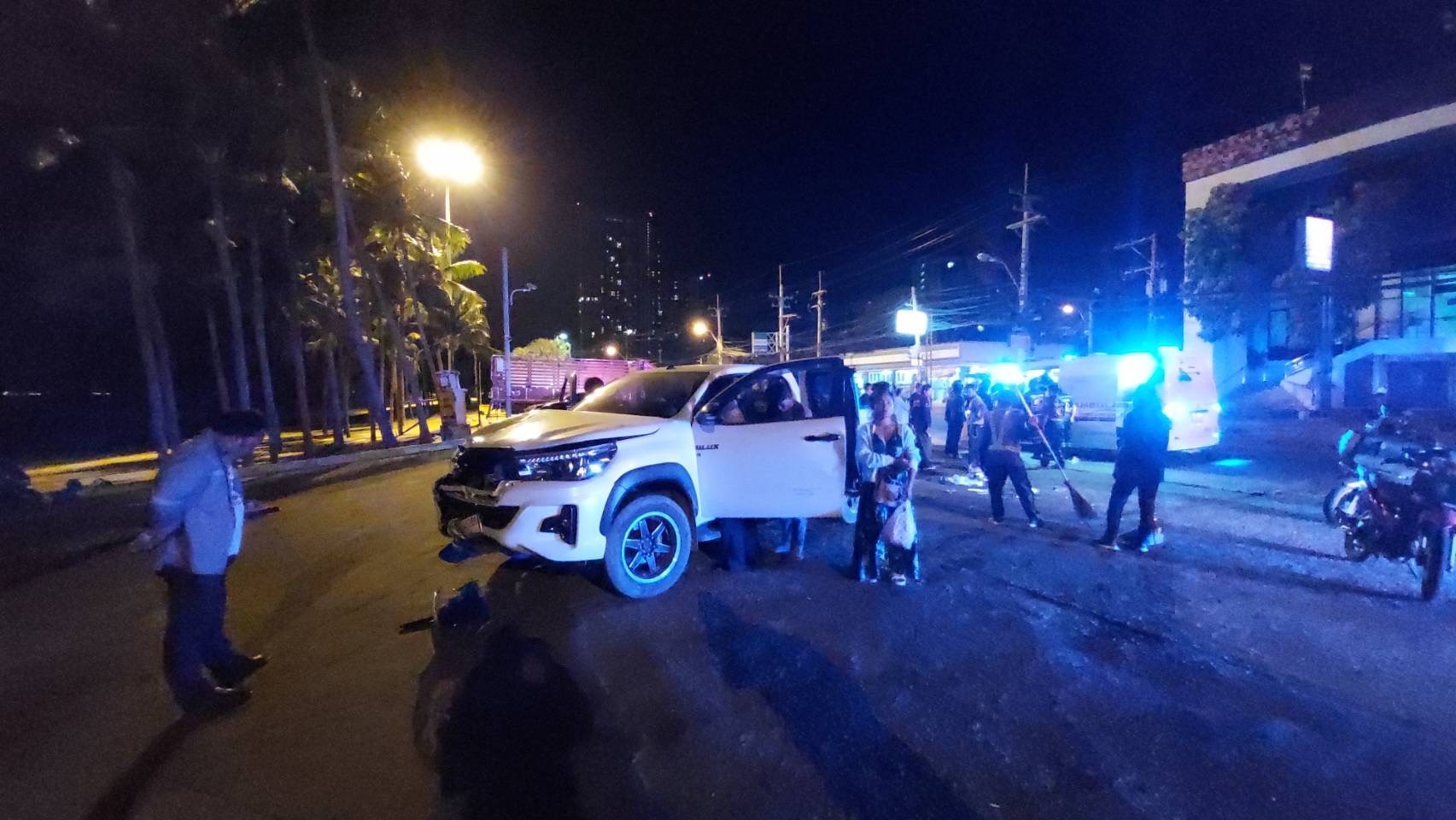 According to the pickup driver’s statement, a police officer told him to park elsewhere. As he was moving his car, the victim suddenly crashed into him. The driver reportedly admitted that he did not know whether he was straddling the lane or not because he was intoxicated.

The police then asked an eyewitness, Mr. Charas Wongsontorn, 54, about the accident and was told the pickup driver hurtled from where he parked his car and blocked the lane, causing the Russian victim to slam into him.

The suspected drunk driver was taken to the Pattaya police station for legal charges. The identity of the victim has not been disclosed to the press.

There have been a number of fatal accidents in Pattaya in the past several days such as this one on Soi Buakhao involving two foreigners.