A foreign motorcycle rider was killed following a collision with a power pole in Soi Buakaow, Pattaya at 1 AM this morning, December 19th. The deceased rider also caused severe injuries to another foreign tourist.

Both individuals still have not been identified as of press time. The accident was witnessed by several stunned pedestrians walking in Soi Buakaow, Nongprue subdistrict, Banglamung district, Chonburi.

Sawang Boriboon rescuers tried to resuscitate the severely injured rider but failed. Another injured foreigner, who seemed to be a pedestrian, barely survived the accident and was rushed to the nearest hospital. Their nationalities were unclear. 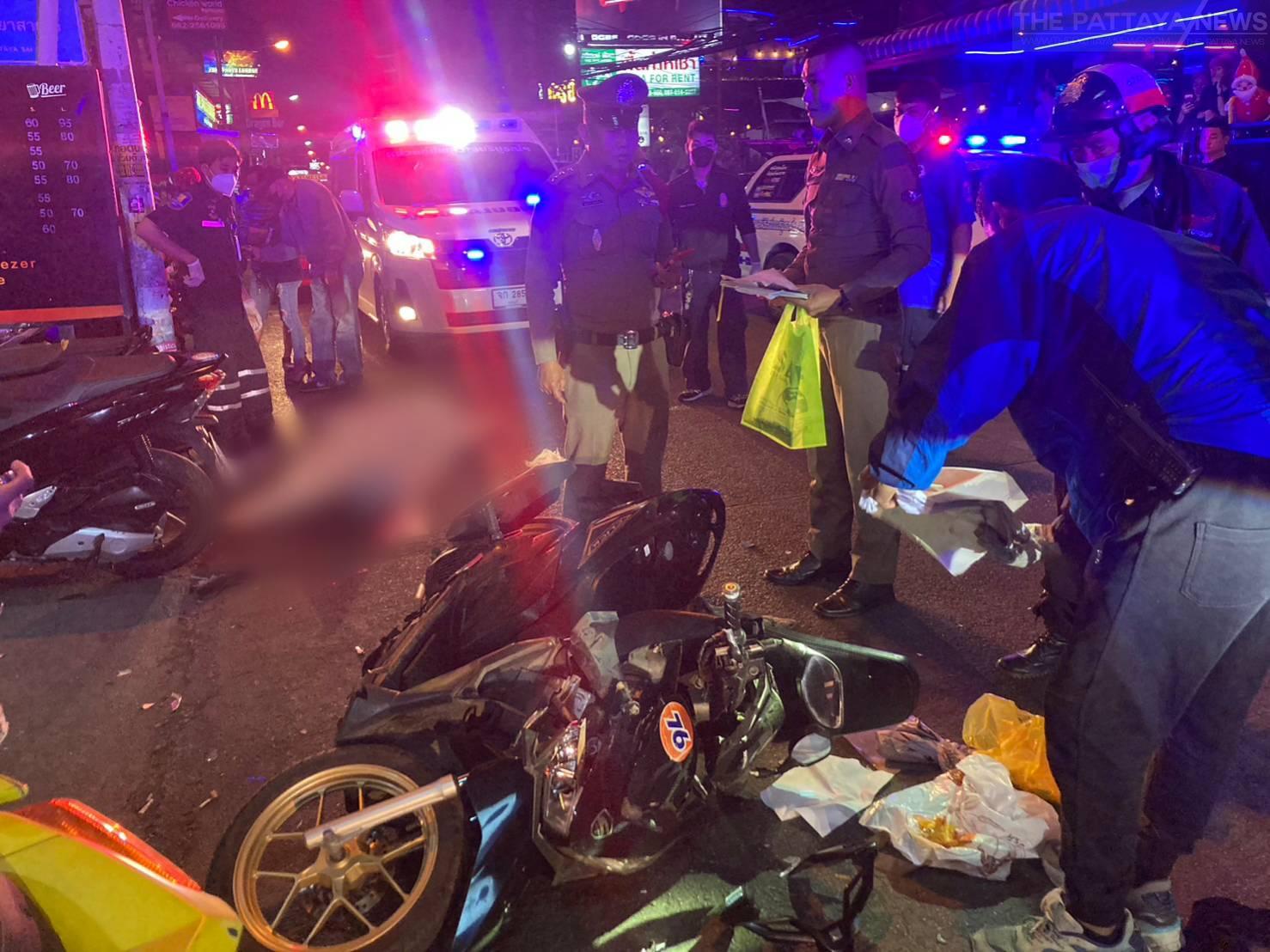 The rider’s black Honda Click motorbike was discovered on the road near a utility pole. Alongkot Namduang, a 57-year-old eyewitness, told The Pattaya News that he was in a nearby bar when he witnessed the deceased foreigner who was driving at high speed crashing into another foreigner and then the pole.

The collision created a deafening noise and shocked many people, added Alongkot. Pattaya police who reviewed CCTV footage of the accident confirmed that the deceased rider was traveling at high speed. After the collision, the rider impacted the ground with force, which killed him.

His body was transported to Banglamung Hospital. The surviving foreigner remains under close surveillance of medical personnel.