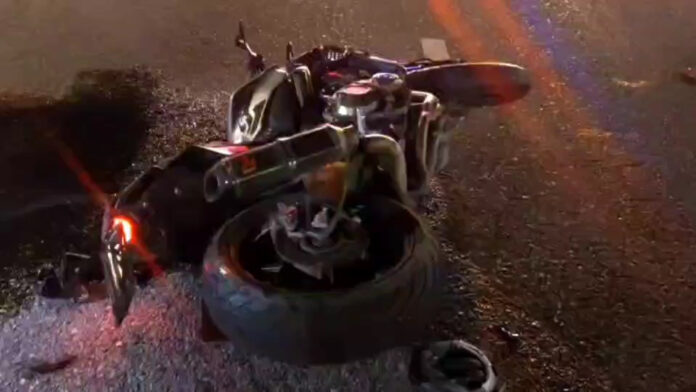 A big bike rider crashed into a road barrier and sustained serious injuries causing some local residents to call for better safety precautions and warning signs for construction areas.

Sawang Boriboon rescuers were contacted to aid a road accident victim in front of the Esso gas station at 3.30 AM this morning, November 16th, 2022.

The rescuers arrived at the scene in the Naklua sub-district of Banglamung, Chonburi. The male victim was around 25-30 years old. His name could not be identified, according to rescuers. 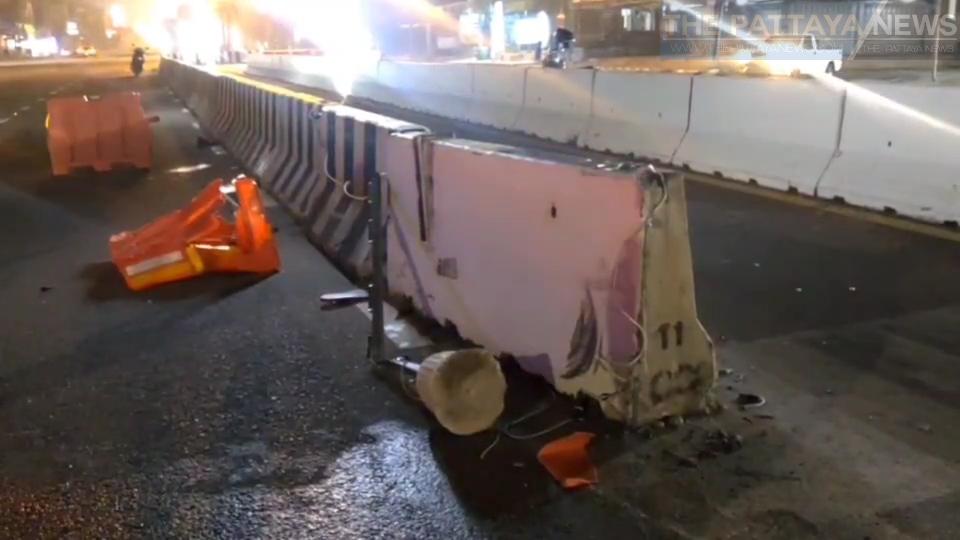 The victim sustained multiple serious injuries and was rushed to a nearby hospital. His big bike was discovered on the street.

Pattaya police are checking CCTV footage to determine the cause of the accident. There were no reports of witnesses but the rider had crashed into a road barrier.

The accident, meanwhile, is only one in a series of recent accidents around the Pattaya area involving roadwork which is inundated with various road construction projects. Residents have called for better lighting at roadwork areas, warning signs, barriers, and even staff with flares and warnings at night.

The Pattaya News has recently written about a series of accidents in various areas and asked for reader feedback HERE.

Some of the areas which have seen recent accidents involving construction pits, barriers, drains, or work and brought concerns from local readers include Soi Buakhao 15, Threpprasit Road, Second Road in Central Pattaya, roads around the Sanctuary of Truth, and Phon Prapha Nimit 13 off of Soi Siam Country Club.

The latter, Pattaya News notes, has had continued complaints from a variety of issues including flooding, motorbike riders falling into construction pits, and a recent alleged fatality involving roadwork.

Banglamung leaders and officials have continually said they are aware of the issues and working with contractors and construction companies to improve safety standards.
-=-=-=-=-=-=-=-=-===-=-=-=–=–=–=–==-