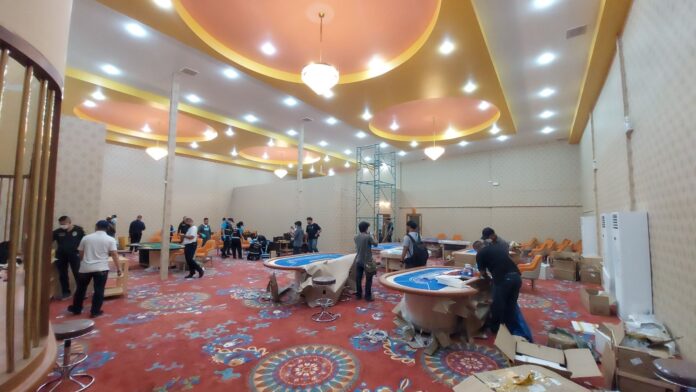 An under construction illegal luxury casino which was preparing to be opened was raided in Pattaya today, November 9th, 2022.

“Big Joke”, also known as the Assistant Commissioner of Police Surachet Hakpal had ordered officers in Pattaya and Chonburi to raid a suspected building which allegedly belonged to Chinese investors at the Pha Niead Chang Intersection on Pattaya Third Road. The raid came after officers were notified by anonymous concerned citizens that the place was being prepared to be opened as a luxury casino. 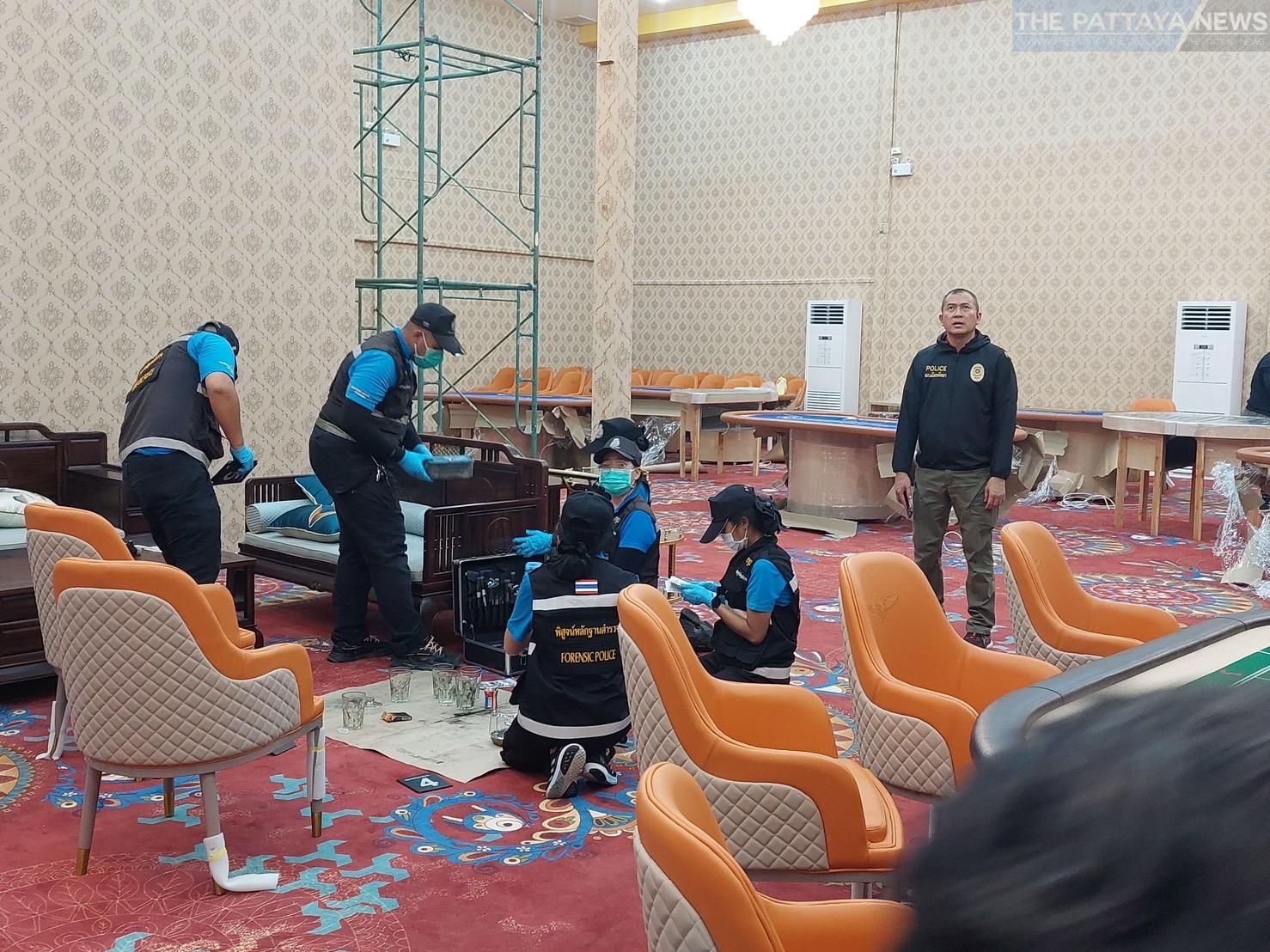 Officer arrived at the scene with a search warrant to find Mr. M, 17, from Sattahip, who presented himself as a caretaker. His full name was withheld due to his age. Pattaya law enforcement found that the building was being decorated as an extensive luxury casino with many gambling items. 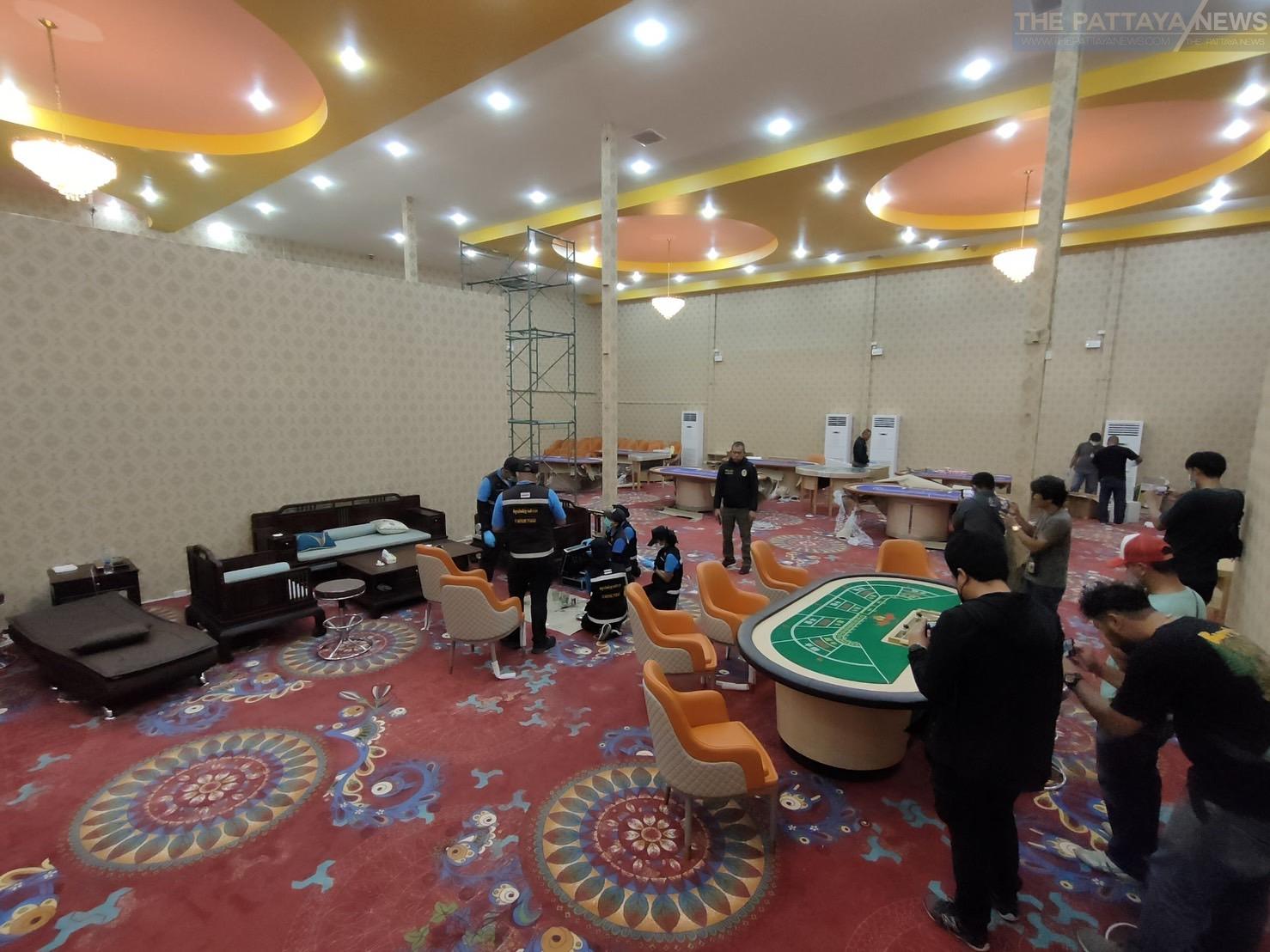 Officers told the Pattaya News that the building is on long period rental land which has been rented by a Chinese national since 2016. There were many businesses on the same land plot which were a boxing gym, a karaoke, a Mu Ka Ta buffet restaurant and a Chinese restaurant. These businesses were closed during Covid – 19. 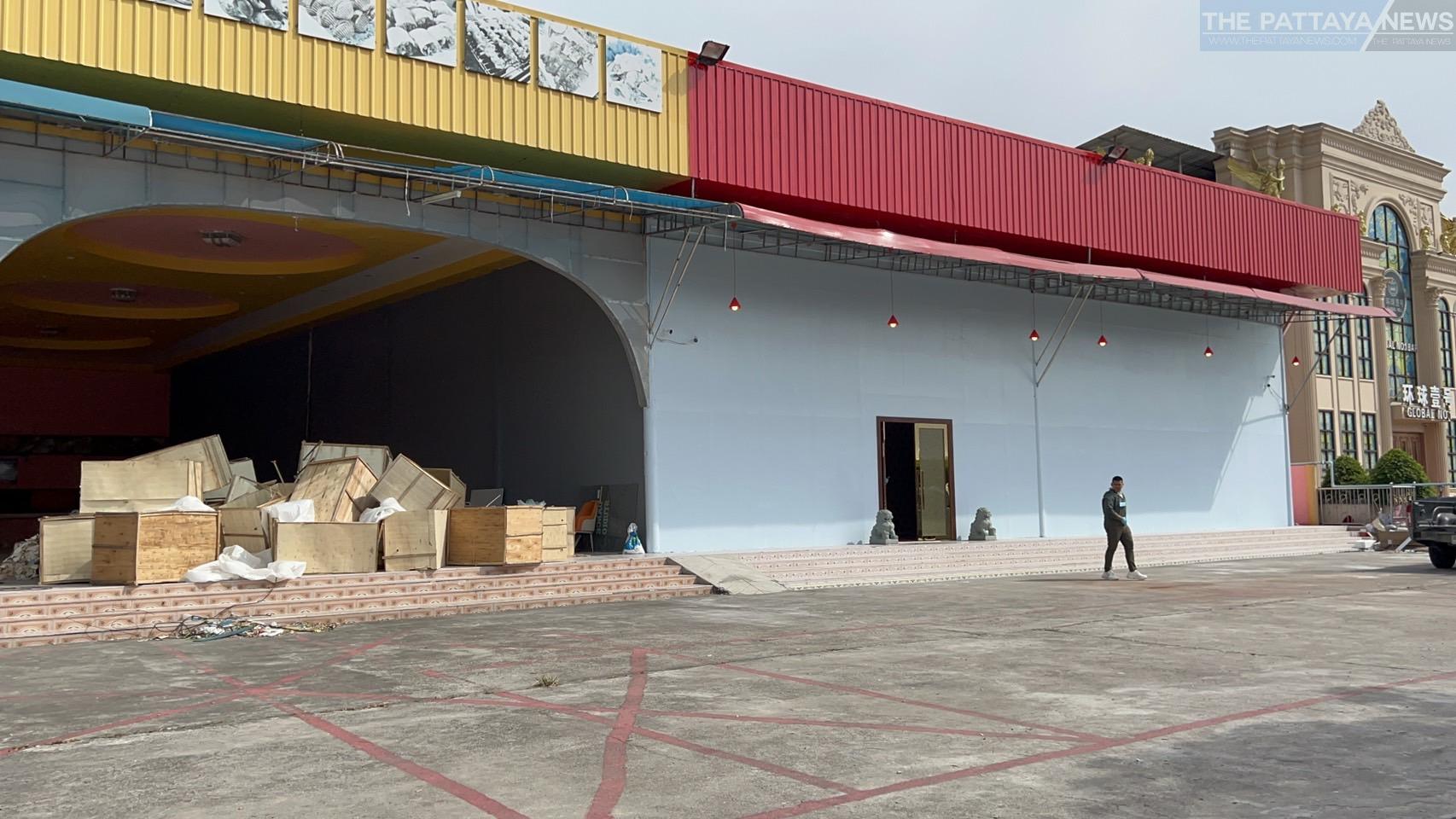 It has been reported by other Thai media that the Chinese man who is operating this casino business is known only as Mr. Ming.

However, police and immigration officers are continuing their investigation to find the owner.

This is a developing story and more information will be released as it becomes available.