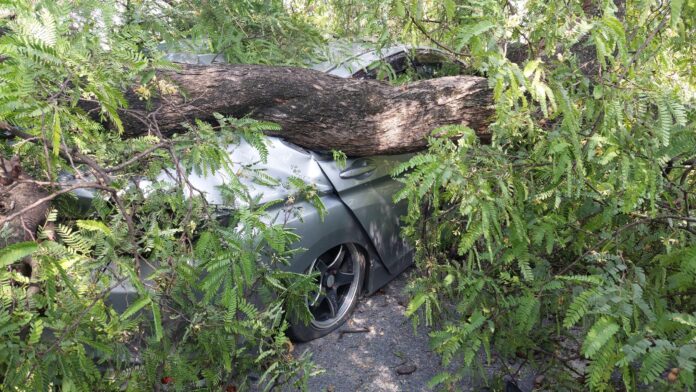 A 35-year-old female driver was shocked after a massive tree fell on her car while she was driving.

Sawang Boriboon rescue services assisted a Thai woman named Ms. Thanaporn Chantakunanont after a large tree located on the side of Central Pattaya Road in the Nongprue subdistrict of Banglamung, fell on her Honda City sedan and nearly crushed her. 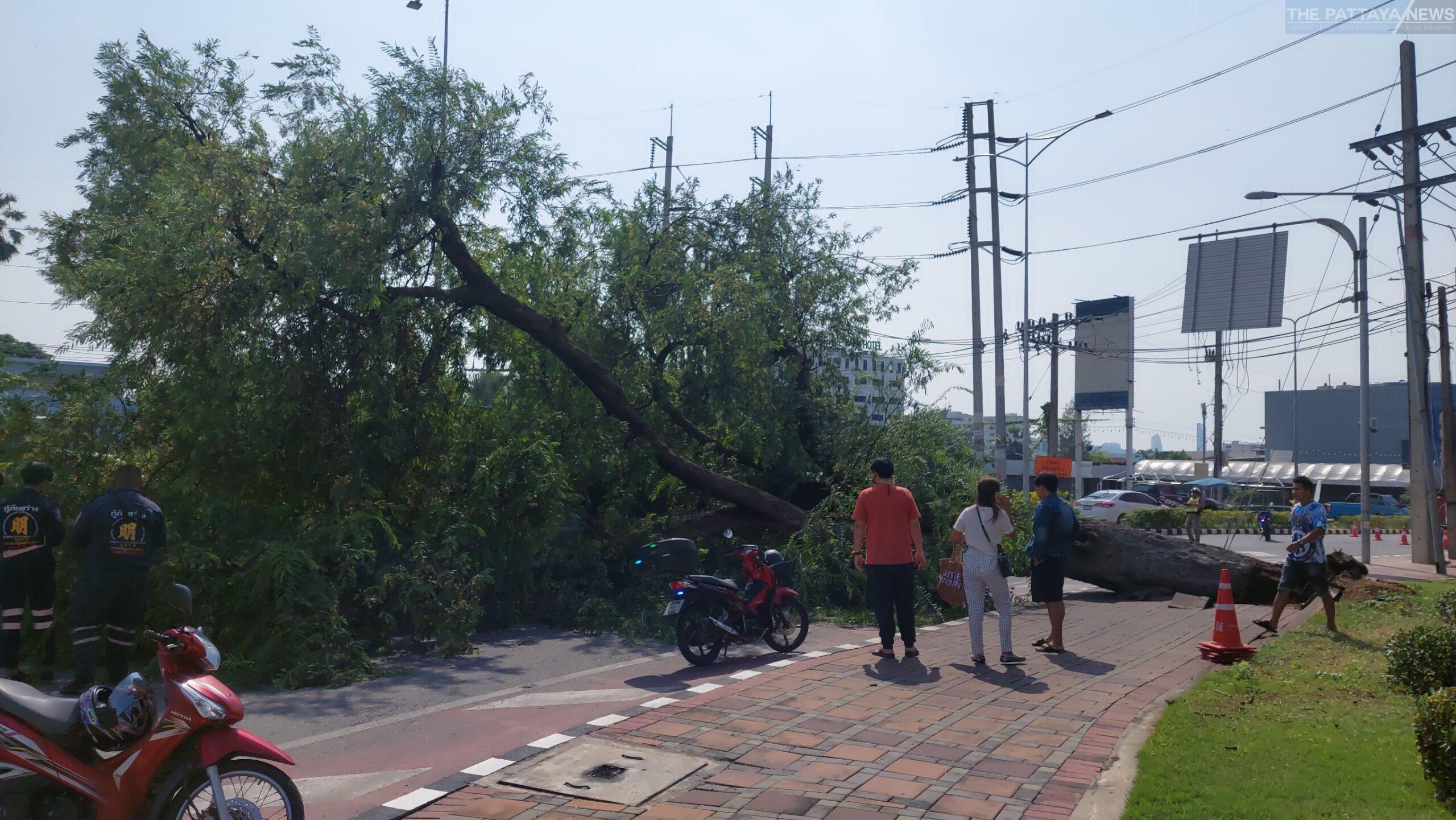 Ms. Thanaporn told The Pattaya News: “I was driving normally when the tree just fell on my car. I was slightly injured, but my car was badly damaged. I was lucky that I could get out of my car. The tree had been in Pattaya’s public area for decades, but I did not know which agency would be held accountable.” The massive tree also froze traffic for over 20 minutes. Ms. Thanaporn wished Pattaya City or the relevant agency would compensate for the damage to her vehicle.

Prior to this incident, a manhole cover in Pattaya suddenly went flying five meters into the air from an explosion and landed on a baht bus on October 22th, angering many tourists and residents about safety in their daily lives.