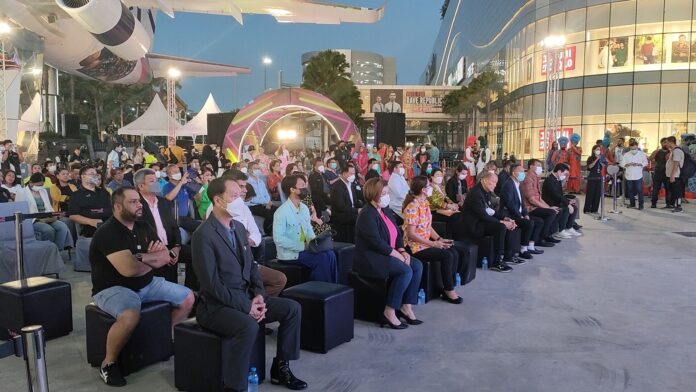 The following is our weekly feature in which we highlight the top stories developing over the next week in Thailand. We place special emphasis on news in Pattaya, our home city, but also Phuket and Bangkok.

This allows our regular readers the ability to quickly look at the biggest stories coming over the next several days and what to understand about these situations.

Cannabis was decriminalized in Thailand on June 9th of this year but this happened before an extraordinary committee working on finalized laws had completed their work.

This was widely criticized at the time but in retrospect the situation ended up without any major problems. In fact, according to the Public Health Ministry, there have been no signs of increased hospitalizations or other health issues since decriminalizing cannabis and inadvertently allowing recreational use. This is despite the government continuing to say the decriminalization is meant only for medical use.

It is unclear what the final laws will look like or how much things will be tightened but members of the committee have recently pointed to the statements of the Public Health Ministry showing no major issues and stressed that things even without strict laws were going well so it is unlikely we see a severe tightening. Some things likely to change though is ease of selling, especially online, and advertising and marketing of marijuana.

It is important to note that just because the laws are set to go to Parliament this week we may not have a vote and finalization of anything for some time. We should, however, get a clearer look at cannabis proposals for the future.

The court is currently debating on if Prime Minister Prayut Chan-O-Cha, currently temporarily suspended pending the review, violated his constitutional term limit of eight years. They are set to meet on the fourteenth of this month.

The opposition says the PM has violated his term limit which they believe started when the coup took place in 2014 placing Prayut in power.

The government, however, says the current constitution was ratified in 2017 and therefore the PM’s term started then and he has almost three years left. A decision could come this week but it may also just be another meeting to discuss evidence.

3. Pattaya Festival to come this weekend on the 16th and 17th

This festival, which lasts for two days, will feature parades, concerts, food, cultural events, and much more.

It is specifically meant to appeal to foreign tourists and the carneval style parades on each day at 7:00 PM on Beach Road will surely draw many bystanders. For our expats keep in mind road closures and traffic restrictions will be in place.

That is all for this week, keep an eye on the busy week ahead!