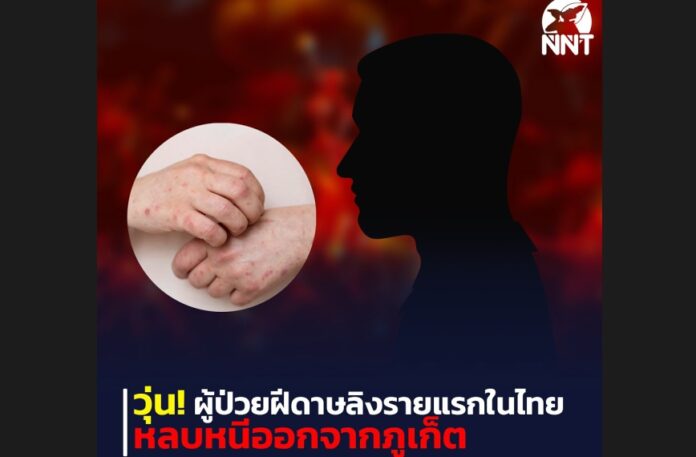 It is being reported by multiple news sources that a Nigerian man who has been confirmed as Thailand’s first official infection of monkey pox and is on overstay has already left Phuket.

The male patient is Nigerian, 27. He started to have symptoms one week before. It has been confirmed yesterday (July 21st) that the unnamed patient is the first confirmed case of monkey pox in Thailand.

A Nigerian man in Phuket who has been confirmed as Thailand’s first official infection of monkey pox is being traced by Thai police after officials have been unable to contact him and the man has disappeared. It has now been discovered the man is not a recent tourist but on overstay since last year.

The Real News Thailand and the National News Bureau of Thailand reported this afternoon (July 22nd) that the Nigerian man has already left Phuket. 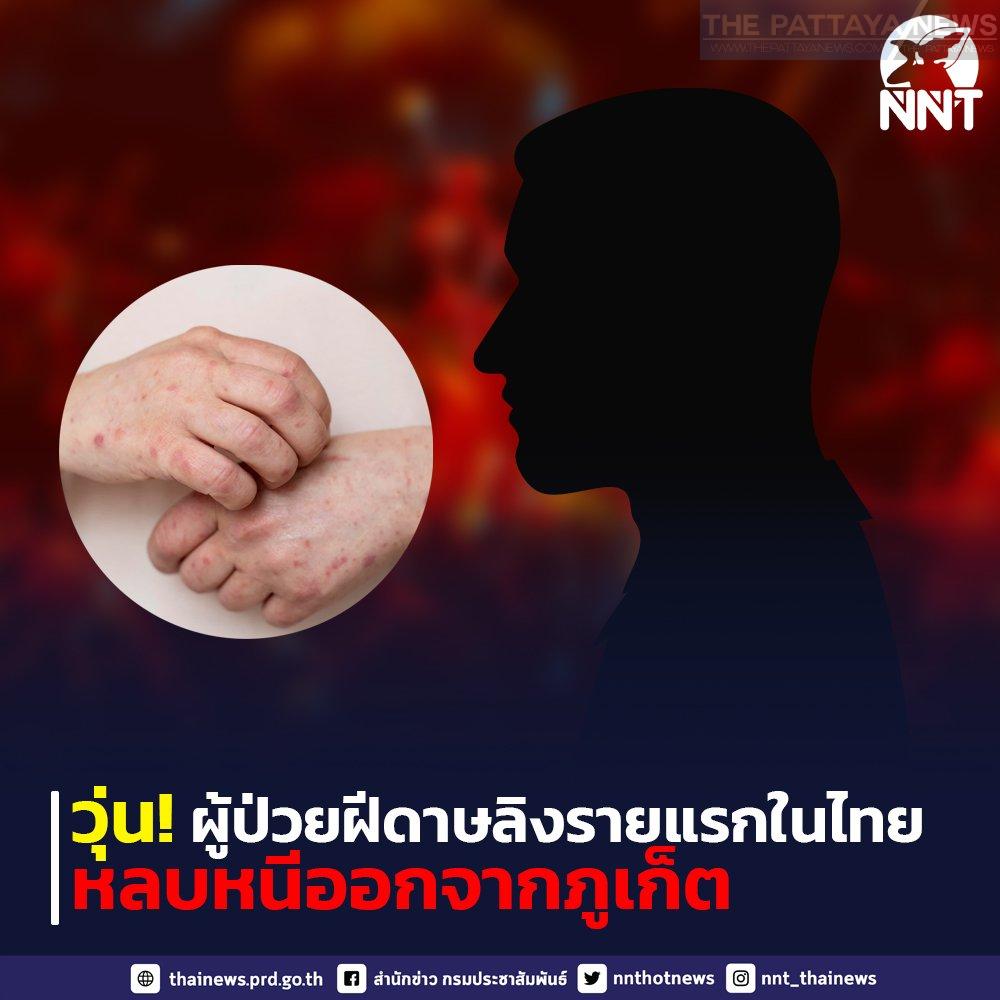 Thai police are reportedly coordinating with multiple agencies to locate the man and urging him to turn himself in. It was not immediately clear how they were now quite sure he left Phuket but had been tracing the man’s movements via CCTV previously.

The Ministry of Public Health has also said the man did not escape from a hospital, as originally reported, but while undergoing a test for monkeypox at his own request was allowed to stay home at his condo pending the results. He was not seen as a flight risk at the time, according to the Department of Disease Control, as he had sought medical treatment on his own. However, once the man was confirmed positive and hospitals attempted to locate him, the man vanished, apparently fleeing.

Meanwhile, Deputy Prime Minister and Health Minister Anutin Charnvirakul stated to the press this afternoon that in his opinion the man was completely irresponsible and should he be found the man should face the strictest legal penalties under the emergency decree and then be deported and blacklisted from Thailand.

TPN notes that this statement is not likely to encourage the man to turn himself in and his location has been the source of unconfirmed rumors throughout the day.