Five official agencies which are the Na Jomtien Municipality, Sattahip Naval Base, Sattahip District, Na Jomtien Police Station, and Pattaya Harbor Office declared Na Jomtien Beach as a vendor-free zone, effective June 27th. Violations would result in an arrest, according to the officials.

The declaration was released on Thursday, June 23rd, 2022, following a long-standing controversy of vendor encroachment on the new extended Na Jomtien Beach. The purpose of the vendor-free zone was to preserve the beach and restrict it to a relaxation spot only, according to the declaration.

Na Jomtien is located in Moo 1 of the Na Jomtien subdistrict of Sattahip, Chonburi. Originally, the Marine Department had spent 600 million baht on the beach restoration project to make the beach “a public place for residents and tourists to relax”, according to reports. 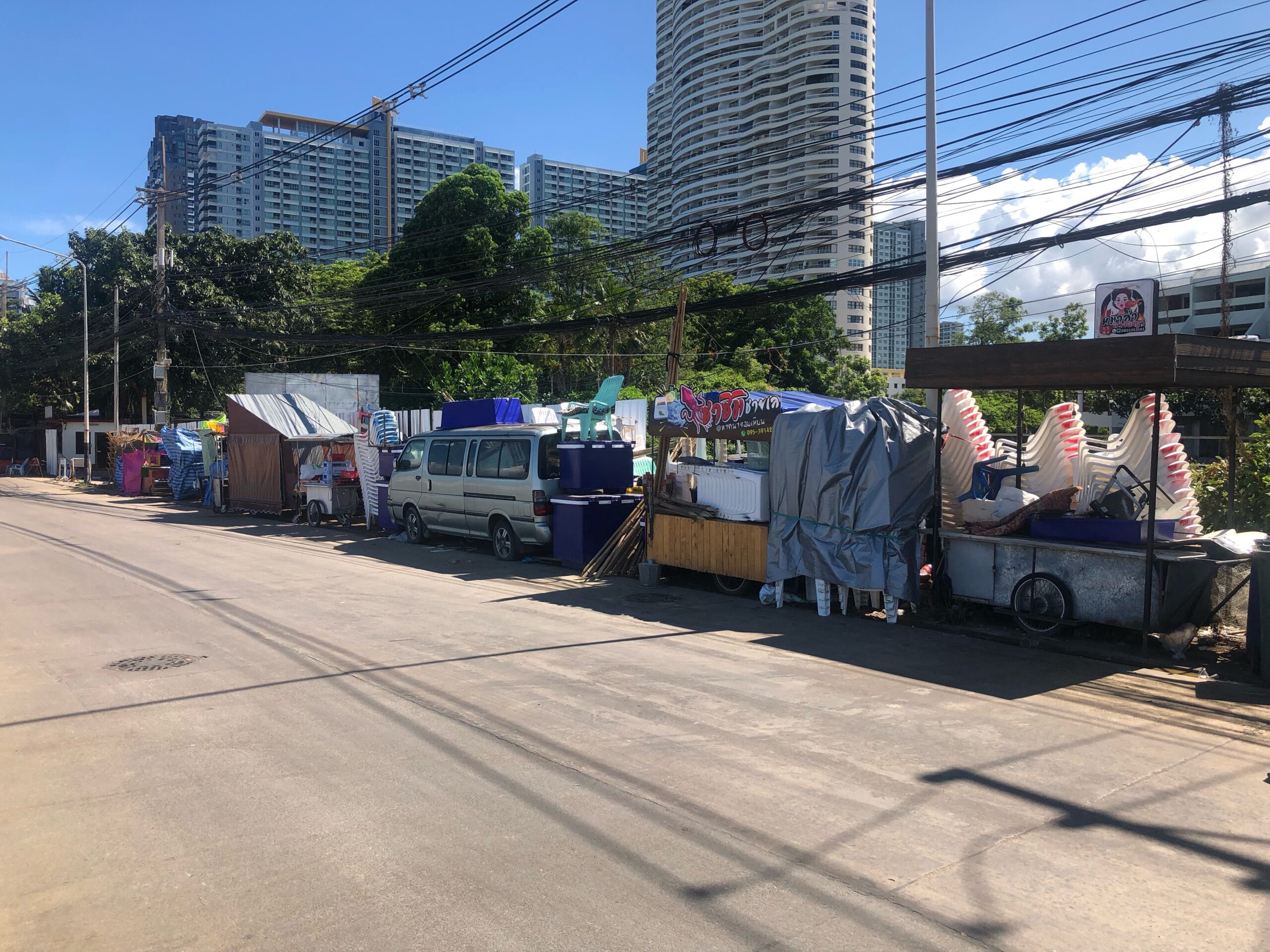 However, a group of vendors later occupied the beach by placing their stalls on the walkway, hanging lights, and setting up chairs for customers, which subsequently brought numerous issues such as traffic congestion, vendors fighting over “their” spots, and environmental degradation, the declaration stated.

Therefore, the Na Jomtien Municipality, Sattahip Naval Base, Sattahip District, Na Jomtien Police Station, and Pattaya Harbor Office declared Na Jomtien Beach vendor free and concluded that all kinds of commercial use of Na Jomtien Beach will be forbidden, effective June 27th, 2022. Those violating will be arrested by law enforcement, the officials stated.