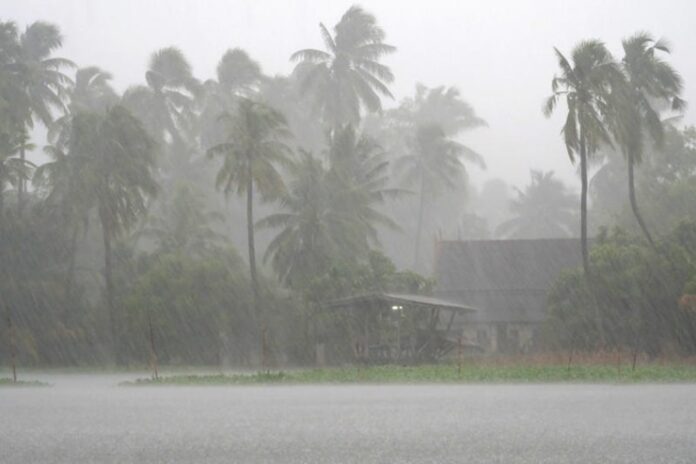 Today, April 15th, the Thai Meteorological Department warned of thundershowers with gusty winds and possible hail in most parts of Thailand including Bangkok on April 16th-18th.

A cold air mass has extended to South China and the South China Sea and is expected to reach northeast Thailand tomorrow (April 16th), prompting thundershowers with strong winds, lightning, and hail in several parts of Thailand.

The northeastern region will be hit first, followed by the northern, the central, the eastern, including Bangkok and its vicinities, and the upper South. Therefore, citizens are advised to stay indoors and avoid standing under a tree, unsecured buildings, or billboards. Drivers are warned of slippery roads and poor visibility due to thundershowers. And farmers should prepare for crop damage.
=-=-=-=-=-=-=-=-=-=-=-=-=-=–=–=–=–==-