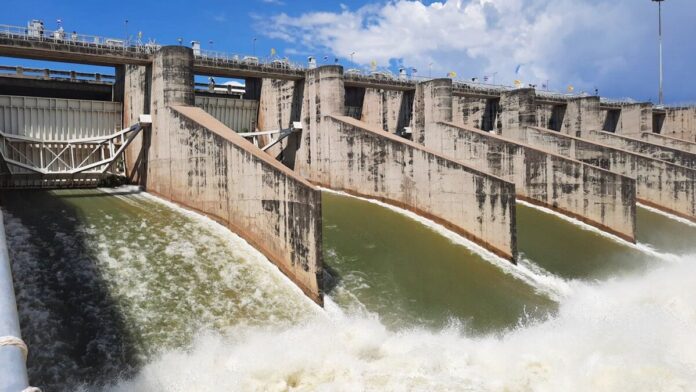 The Office of National Water Resources today, September 30th, has issued a warning to eight provinces in central Thailand, including Bangkok, to prepare for possible flooding as the Pasak Chonlasit Dam and the Chao Phraya Dam are planning to discharge more water.

Cumulative rainfall in the upper Chao Phraya River and the Pasak River is also likely to steadily cause more water to flow from the upper areas of the rivers to the Chao Phraya Dam at a level of at least 3,200 cubic meters per second.

To maintain stability, safety, and security, the Office of National Water Resources, therefore, has assigned the Royal Irrigation Department to manage the increasing water level by draining the water from Pasak Chonlasit Dam at the rate of 900-1,200 cubic meters per second which would result in a slight increase in the water level in the Chao Phraya Dam and Pasak Chonlasit Dam to about 1.20-2.40 meters during October 1st- the 5th.

According to the warnings, the areas to be cautioned are: