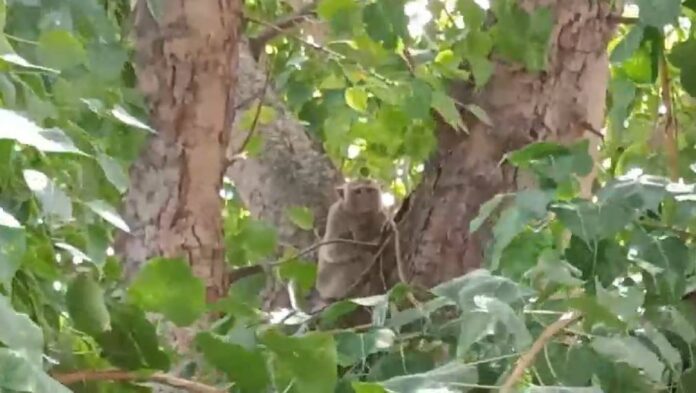 A monkey has been rescued from a severe electric shock and falling down from a high tree in Si Racha.

Si Racha firefighters were notified of the monkey from a motorbike taxi driver on Jom Jermphon Road in Si Racha yesterday (September 6th).

Veterinarians from the National Park Wildlife and Plant Conservation Si Racha Office and staffers from the Si Racha Electric Authority arrived at the scene to find the monkey stuck on a branch of a large tree.

A veterinarian fired a shot of anesthetic to the monkey on the tree which was about six meters high. Staffers helped to hold a sheet before the monkey fell down safely below without further harm.

The monkey is a large male macaque weighing about 20 kilograms. The macaque had sustained serious injuries from electric shock with burn marks on its neck and body. The monkey was taken to an animal hospital for further treatment. 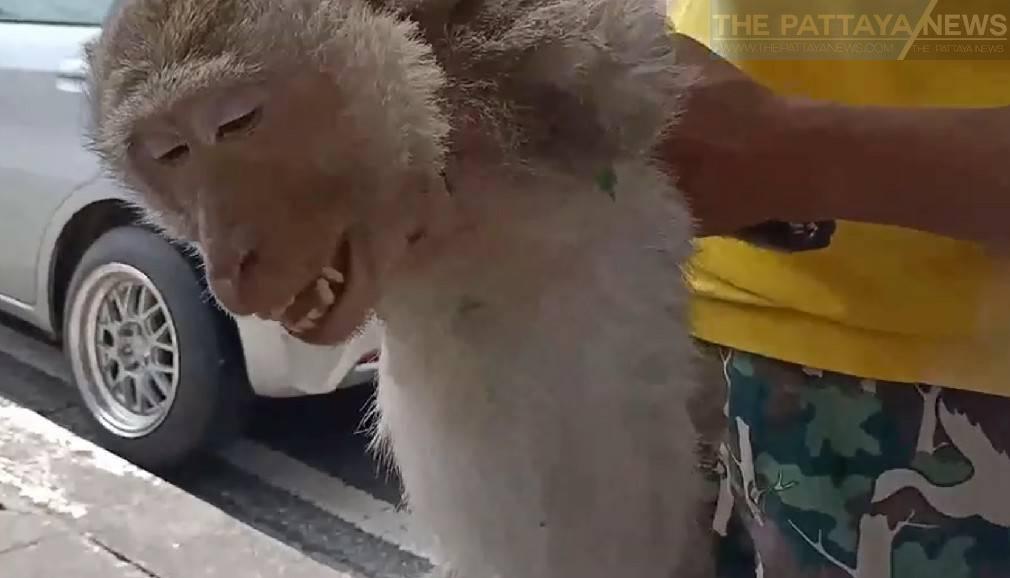 The motorbike taxi driver, whose name was not given, told the Pattaya News the macaque had lived here for a year. It likes climbing up on power poles and cables

The motorbike taxi driver then called for rescue services assistance. The monkey remains at a local veterinary hospital. 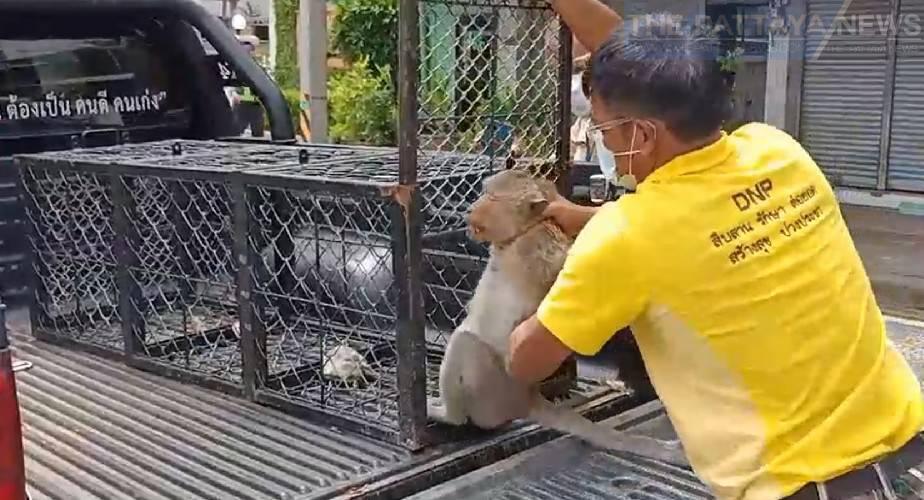