The Center for Covid-19 Situation Administration (CCSA) this afternoon, August 1st, announced the extension of partial lockdown measures in dark-red zone provinces for another 14 days, from August 3rd to the 16th. The restricted area has expanded to another 16 provinces, marking a total of 29 provinces to be in lockdown states.

The actual order will expand the measures until the end of the month, for all of August, although the CCSA promised a review after two weeks. In all likelihood, however, the deeply unpopular and strict measures will be for all of August. 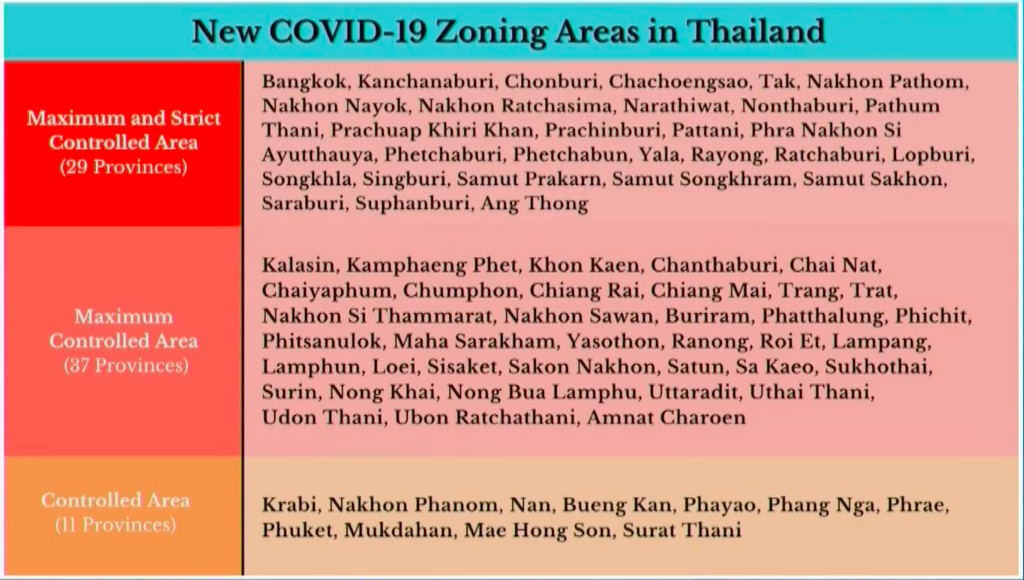 The announcement also agreed to have all restaurants in department stores and shopping malls available for online delivery services only. Customers are still not allowed to buy food for takeaways or pick up themselves at the restaurants in malls. All shops other than supermarkets remain closed in the malls

Beauty parlors, massage parlors, and beauty institutions remained close in the dark-red zone areas as well sports stadiums and venues. Although curfew hours are only applied in the maximum and strict controlled area, people are highly advised to avoid unnecessary traveling to potentially reduce the Covid-19 transmission nationwide. As a note, the following photo has an error called out by the CCSA, under shopping malls for maximum and strict controlled provinces and the line about restaurants there is no dine-in, only DELIVERY, not take-away. Customers cannot go in person to pick up or take-away at malls/department stores. 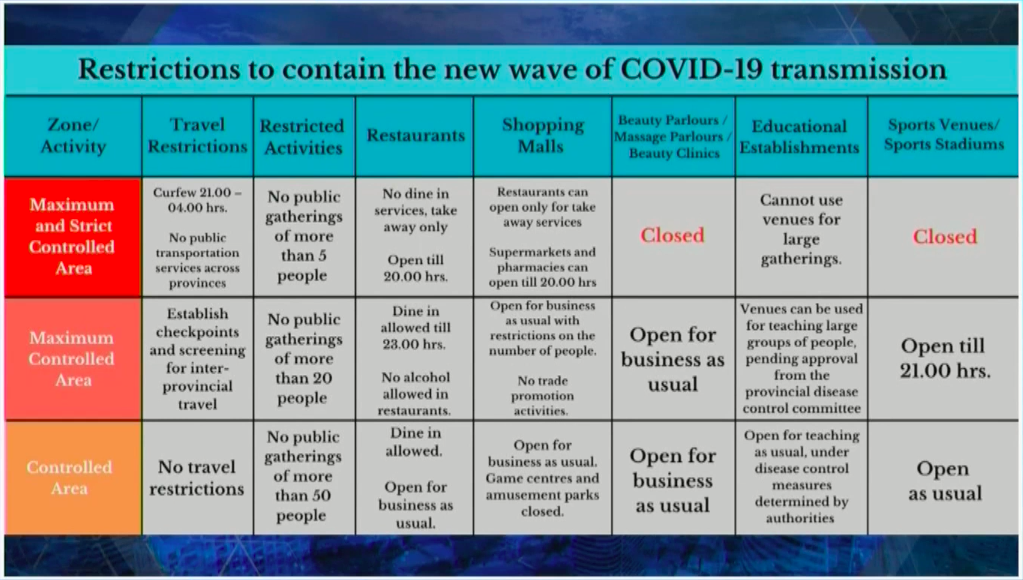 All business companies, particularly in Bangkok, are also strongly encouraged to conduct Work from Home policies to reduce traveling and curb the rapidly increasing number of Covid-19 infections in the country.

Bars, clubs, nightlife, and entertainment venues are closed nationally (officially, anyways) and have been since roughly early April.

Some doctors with the CCSA had supported even stricter measures, such as market closures, all non-essential closures (like dentists, tailors, florists, etc) or even a total “stay-at-home” order. However, many members of the CCSA and Thai government were uncomfortable with these suggestions, stating that there were many concerns with even stricter lockdown measures.  One concern worth noting, besides the economic concerns, was that many vaccinated people in Thailand appeared to be becoming “resistant” to continued measures and restrictions for them and the CCSA was reportedly concerned that even harsher measures would cause more dissension and problems.