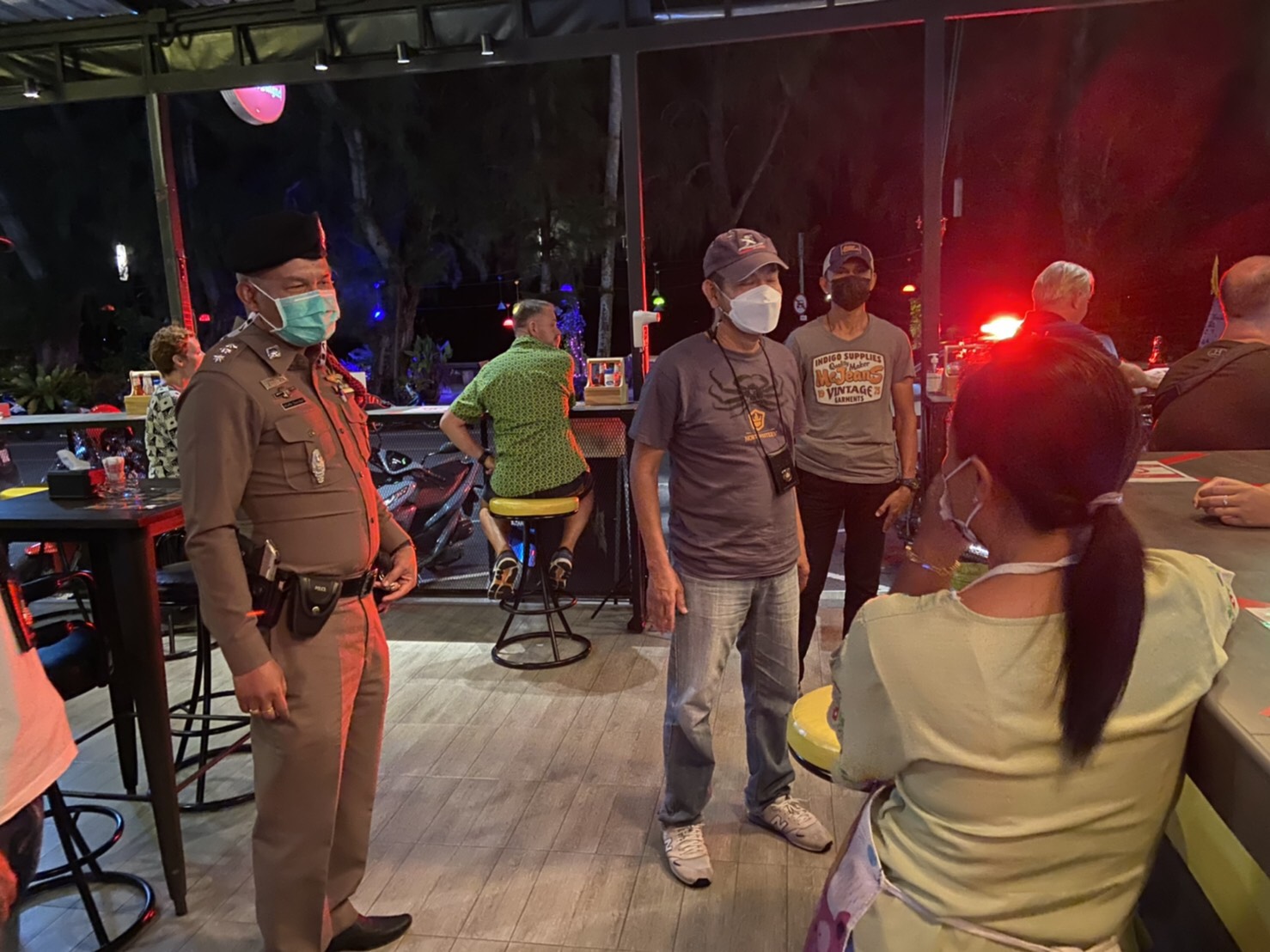 Phuket officials last night (July 18th) announced another measurement and temporary closure of places to “prevent the spread of Covid-19”. The order was issued by Phuket Governor Narong Woonciew which takes effect tomorrow (July 20th) until at least August 2nd.

1. Places to remain temporarily closed are:

The orders in Thai are below, followed by a note on bars pretending to be restaurants. 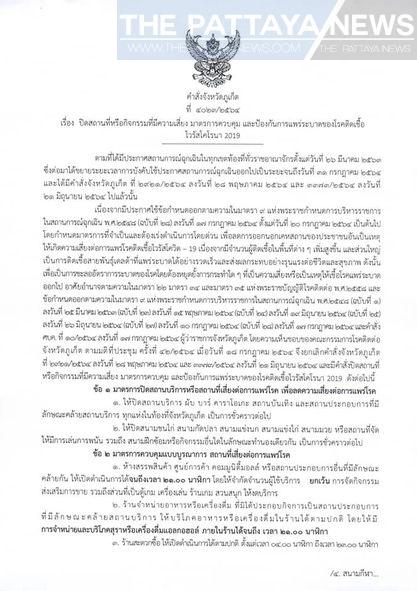 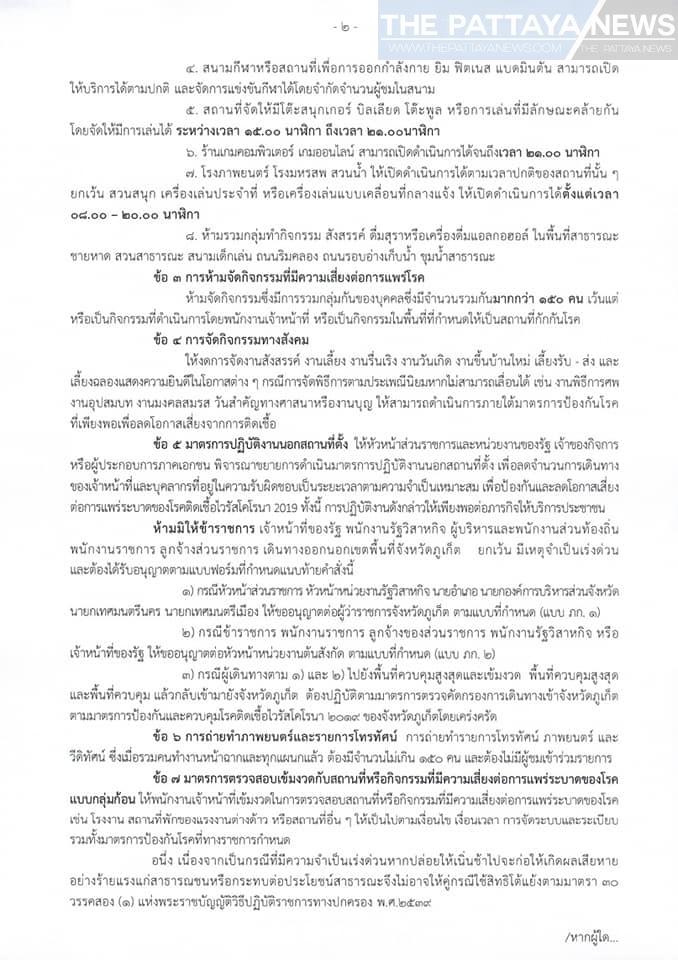 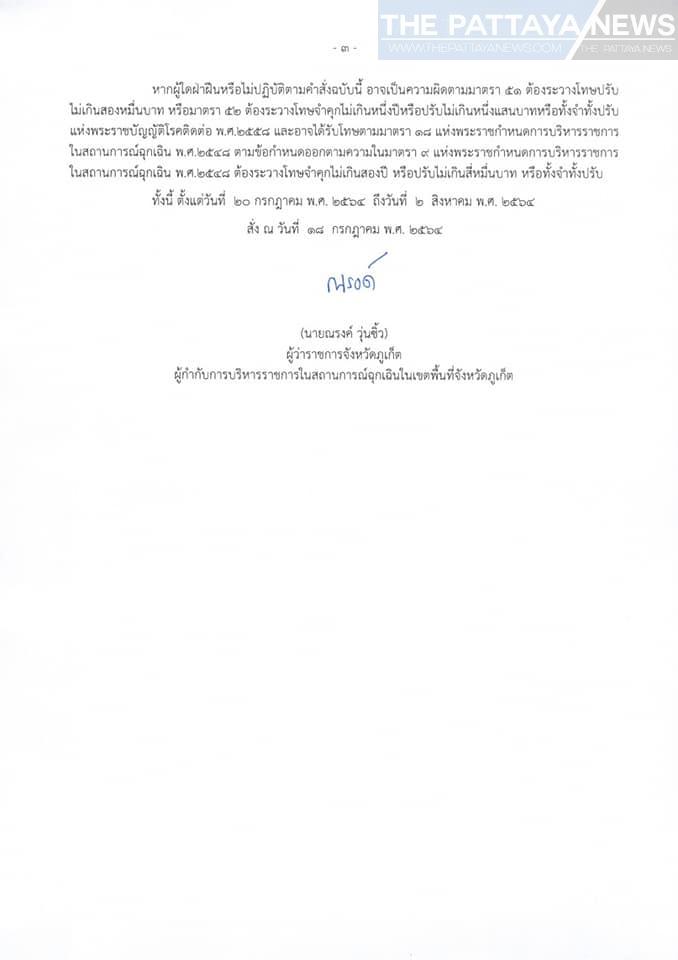 Over the past weekend, local officials in Rawai, Phuket cracked down on nine entertainment venues they claimed were pretending to be “restaurants” but were actually bars and primarily selling drinks and entertainment. Officials have warned that restaurants must be properly licensed and the primary activity should be selling and consuming food. Officials have warned they will continue to inspect local venues and ensure they are actually restaurants and not just bars.

TPN media notes Phuket is one of the few provinces legally selling alcohol in restaurants currently, primarily due to the “Sandbox” program allowing in-vaccinated foreign tourists without a strict quarantine. 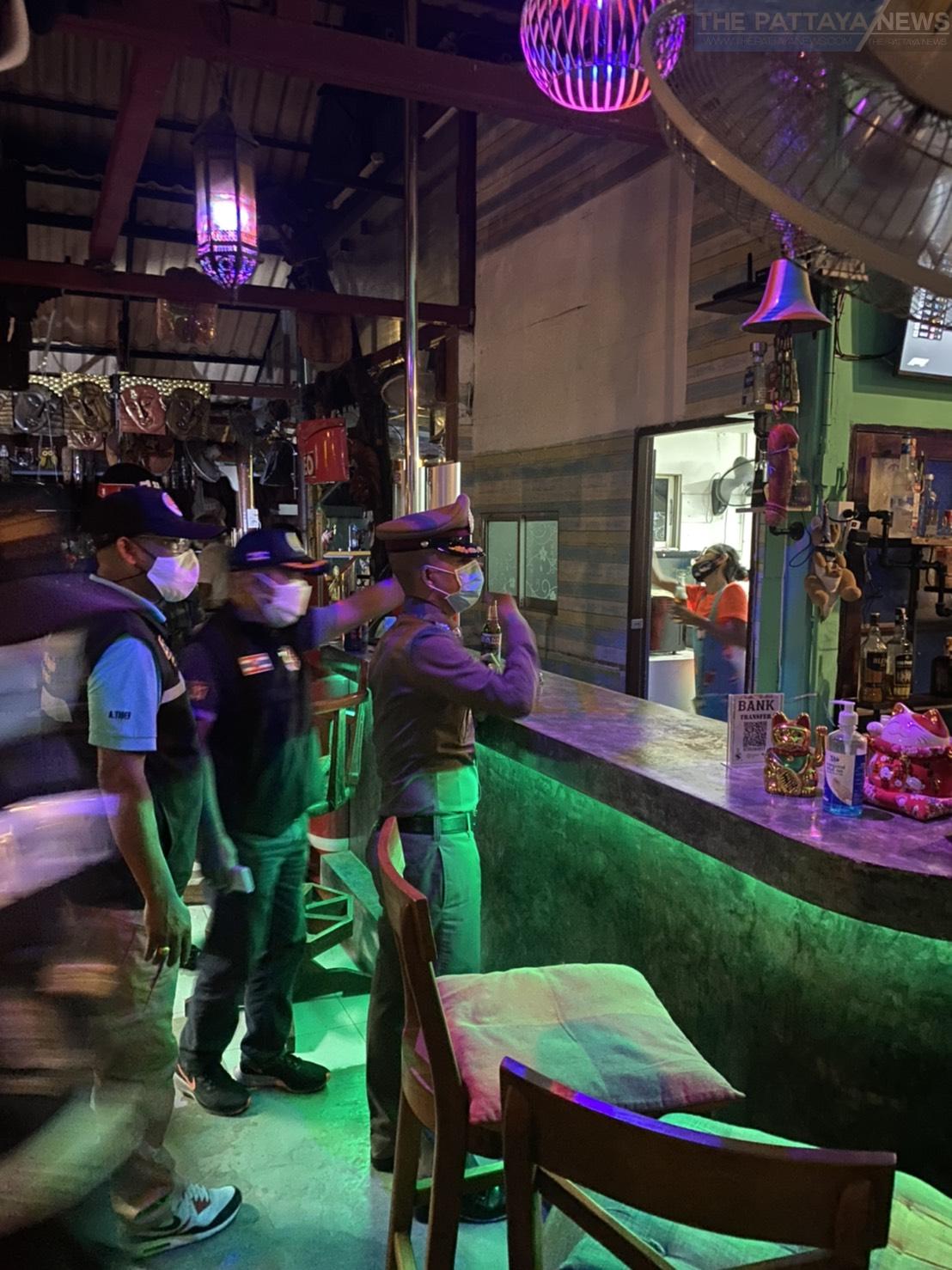