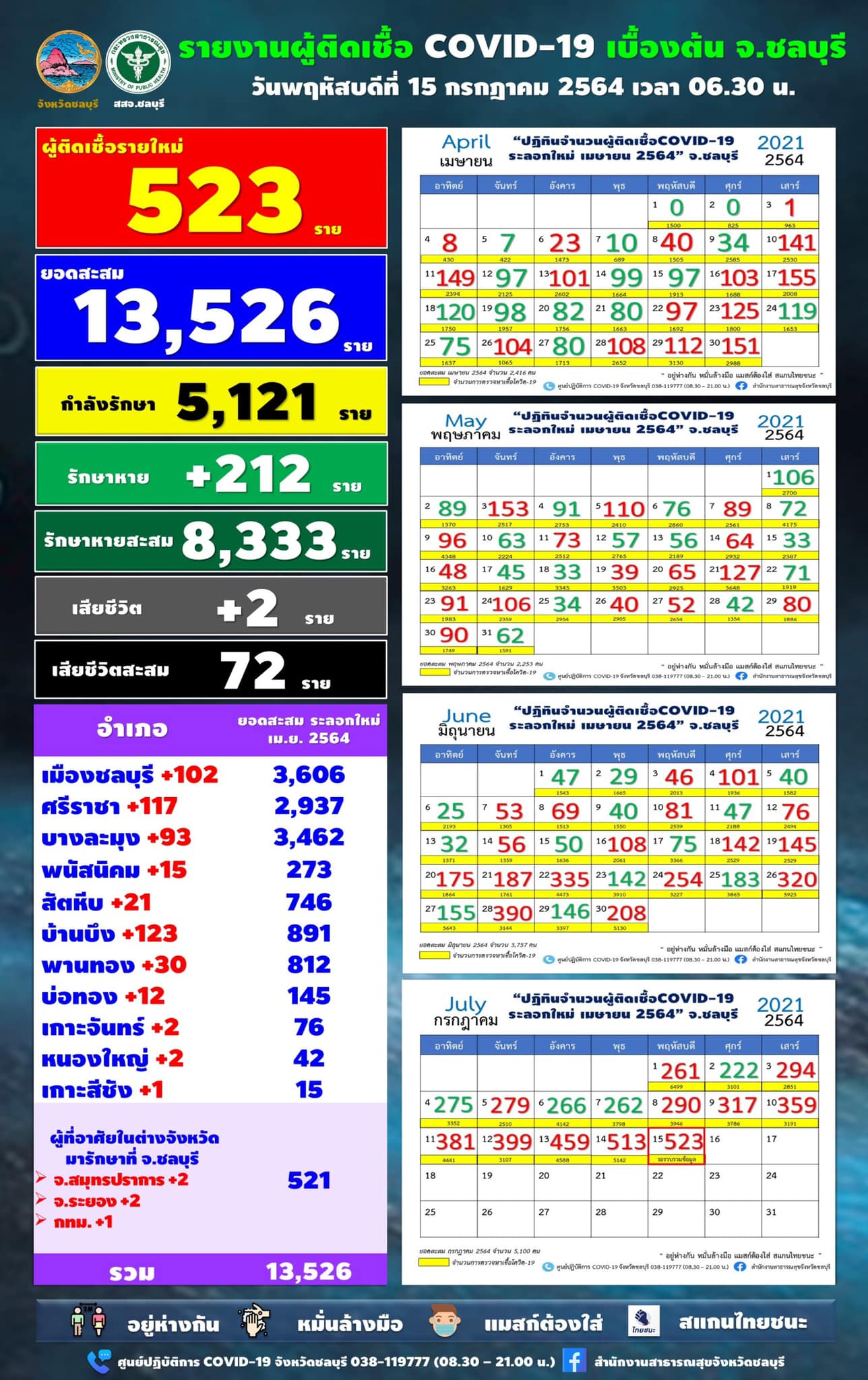 523 is a new record high for cases in the province. However, 212 people were also released and recovered yesterday in Chonburi.

Additionally, 8,333 people in total have now been released from medical care and recovered in Chonburi since this current wave began.

There are currently, in Chonburi, clusters of Covid-19 at 14 establishments and five markets, 10 construction worker camps, and four communities.

Chonburi also has also cut the limit on gatherings to 50 from 100 and required strict permission for all food and donation charity lines.