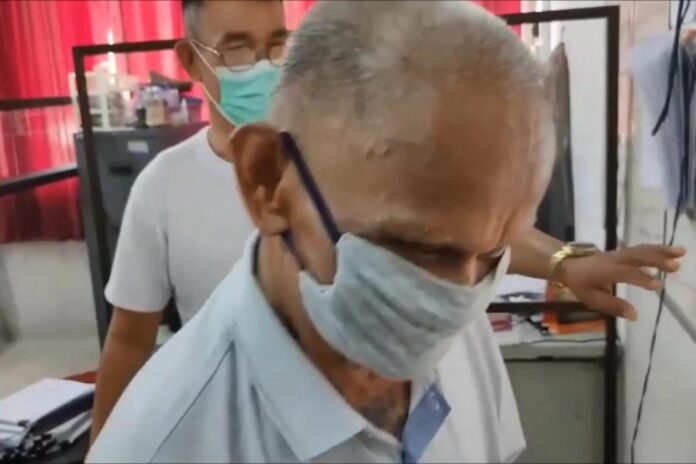 A 78-year-old customer filed a police complaint to the Bandung Police Station in Udon Thani yesterday, June 17th, and asked for a 60-baht refund after his hair was cut unevenly by a local hairdresser.

The elderly man, whose name was given only as “Wen Fa”, arrived at the police station in the afternoon to furiously file a police report against the hairdresser who gave him a displeasing hairstyle. He also wanted a refund of 60 baht for the haircut and another 20 baht for energy drinks he purchased at the shop, totaling 80 baht back. He claimed the hairdresser, who wasn’t named by Bandung police, refused to offer him a refund. 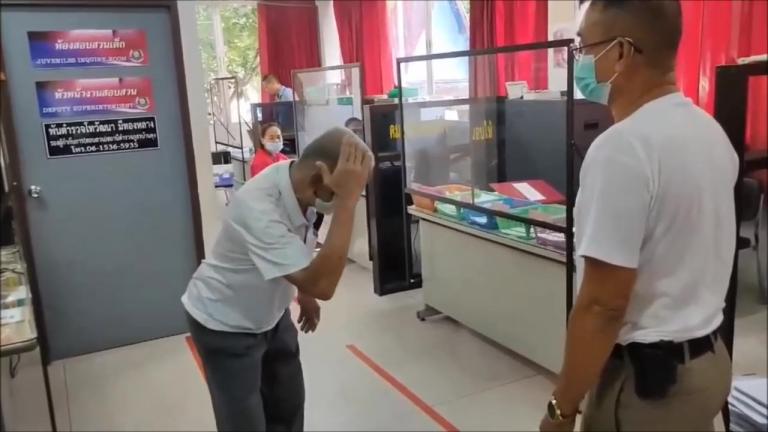 Lieutenant Colonel Thaworn Saengchanda, deputy sergeant-in-chief of the Ban Dung Police Station, who was on duty at the time, instead gave the complainant compliments, saying that he should not file any reports as he was already looking good with a new hairstyle. The police also paid him the haircut refund for 60 baht without involving the hairdresser.

Shortly after the conciliation, the man then calmed down and dropped his complaints against the barber, and left the police station. Officials could not help but smile at the situation and felt pleased they were able to resolve it, showing that you never quite know what can happen during a day in Thai law enforcement. The entire incident was photographed and videotaped by the associated Thai press who were at the police station at the time of the incident.