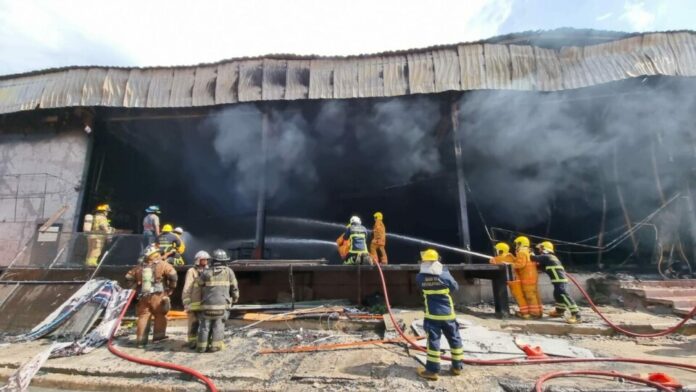 A male construction worker was killed while another seven were reportedly injured after a fire broke out at an under renovation entertainment venue in the Mueang district of Rayong province this morning, June 2nd.

Rayong Municipal Fire Department along with rescue volunteers arrived at the scene after being alerted of the incident at around 8:20 AM. A large one-story building entertainment venue that was under renovation was spotted with a large cloud of thick smoke billowing into the morning air with the fire blazing from the inside.

Firefighters then started to extinguish the fire before breaking front wall to make access into the building to rescue people trapped inside the burning building. 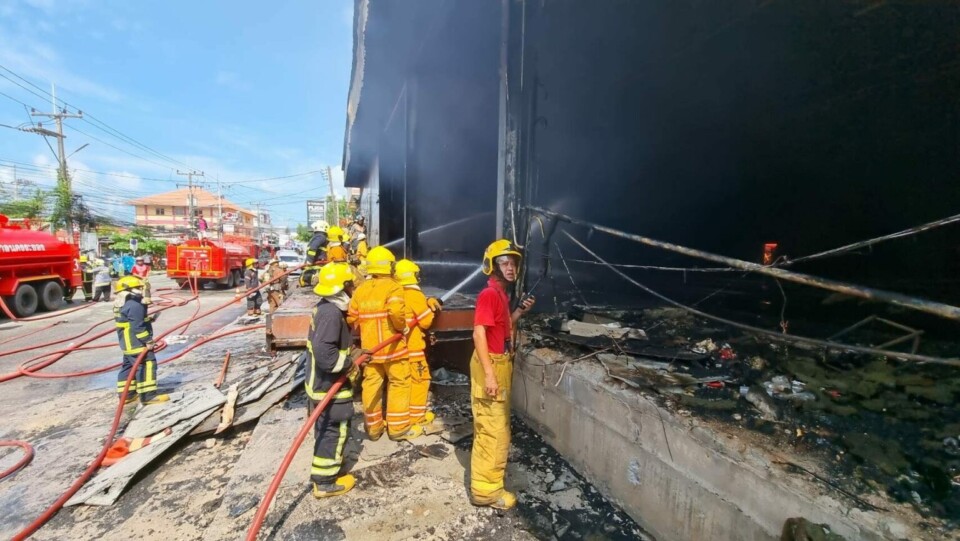 A total of 8 people discovered at the scene were reportedly construction workers who were working on the renovation project. One of them was reportedly suffering from smoke suffocation and burning. He was pronounced dead on the way to a local hospital, but was not named pending notification to relatives. The remaining 7 workers were slightly injured due primarily to smoke inhalation and were rushed to a local hospital for urgent treatment.

Fire department officials spent about one hour to completely suppress the fire before starting the scene investigation. The interior and settings, including chairs and tables, were reportedly destroyed by the fire. The building only had one entrance and exit, causing the workers to be trapped inside as the fire broke out from the outside and blocked the entrance. According to one of the survivors, all of them were resting at the back of the store near the kitchen, where their temporary living accommodations during the construction period was installed. He and one of his colleagues suddenly woke up as they spotted flames and smoke inside the building. They immediately woke the rest of the crew up before rushing towards the entrance, attempting to escape the building. Several workers were burnt and wounded due to the incident, nearly all suffered smoke inhalation related injuries.

Supot Toratharn, Mueang Rayong District Chief, stated after the incident that the cause of the fire was under investigation. Meanwhile, the building would be ordered close and strictly prohibited from unauthorized people entering as the police investigation was undergoing as well as the fear of total building collapse.

The name of the venue was withheld pending a further investigation.