Most of them were reported with underlying health conditions, including hypertension, diabetes, chronic kidney disease, hyperlipidemia, past strokes, heart disease, and obesity. Six of them refused to expose their health conditions. 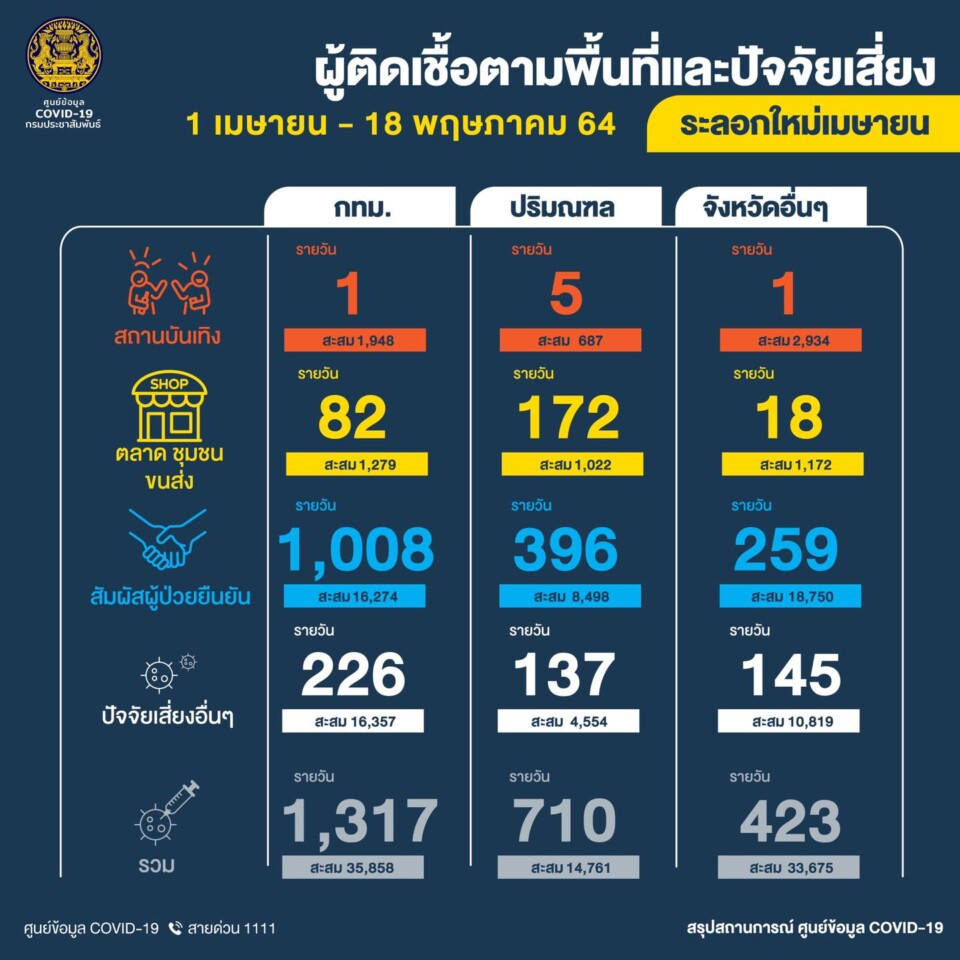 Regarding domestic infections, the first group of 1,317 local infections was discovered in Bangkok. One of them was reportedly connected to entertainment venues, 82 were connected from community markets and villages, 1,008 were from being in close contact with confirmed infected patients (many in prisons), and the other 226 infections were connected to other risky places. Other risky places are generally those such as private house parties, drinking circles, workplaces without sufficient social distancing measures like some construction or factories, densely packed communities like migrant workers camps, crowded markets or temples, and similar locations.

The second group includes 710 cases that were reported in Bangkok’s vicinity. Five of them were reportedly connected to entertainment venues, 172 were from community markets and villages, 396 were from being close contact with confirmed infected patients, and the other 137 cases were connected to other risky places.

The last group includes 423 domestic infections that were found in other provinces. One of them was reportedly connected to entertainment venues, 18 were connected from community markets and villages, 259 were from being in close contact with confirmed infected patients(many in prisons), and 145 of them were connected to other risky places. The majority of the group was discovered in Nonthaburi with 155, followed by Samut Prakan with 121, Pathumthani with 117, Samut Sakhon with 63. Chonburi reported its lowest cases of 33 infections since the third outbreak in April. 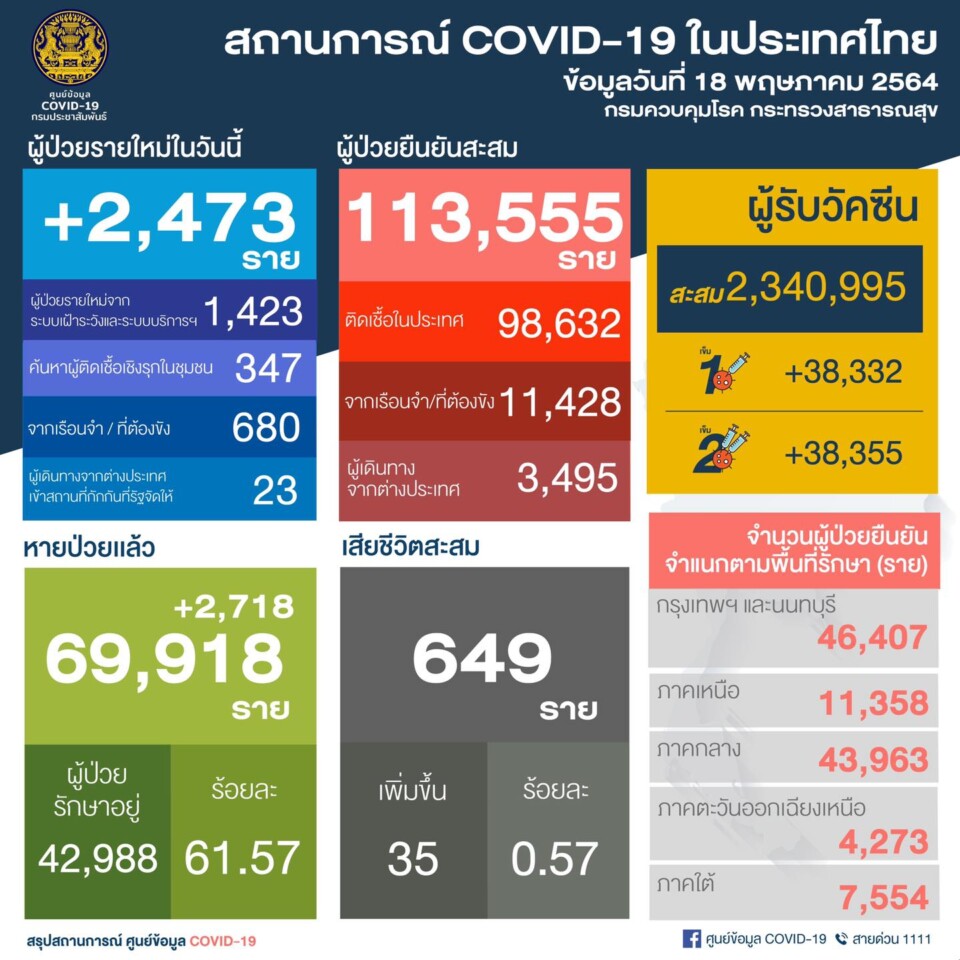 The top five clusters in Bangkok that reported a high number of infections during 11-16 May are 1.) A construction worker camp in Lak Si district, 2.) Klong Thom area, 3.) Huay Kwang market, 4.) Din Daeng flats, and 5.) a gem market in Bang Rak district.

As of today, 2,718 people fully recovered in the past 24 hours and have been released from field hospitals and quarantine centers. Thailand has now reached a total of 113,555 cases with 69,918 recoveries and a total of 649 deaths since the start of the pandemic. About 38,332 people received their first shot of a Covid-19 vaccination and another 38,355 people received their second shot yesterday, marking a total number of 2,340,995 vaccinated people in Thailand who have received at least one dose of a vaccine.