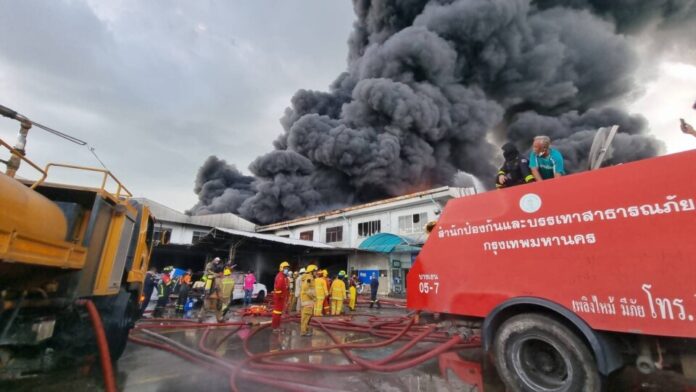 The office of forensic science of the Royal Thai Police revealed today, May 17th, that the cause of the major fire that broke out in a plastic factory in Bangkok yesterday has not yet been able to be determined, saying the investigation is underway.

A huge cloud of smoke was spotted at the plastic factory located in Soi Sukhaphiban 5 of Sai Mai district at around 3:50 PM. yesterday, May 16th. Firefighters and volunteers had spent more than four consecutive hours to control the blaze until 7:30 P.M. No fatalities and injuries were reported and viral videos of the fire filled social media platforms like TikTok. 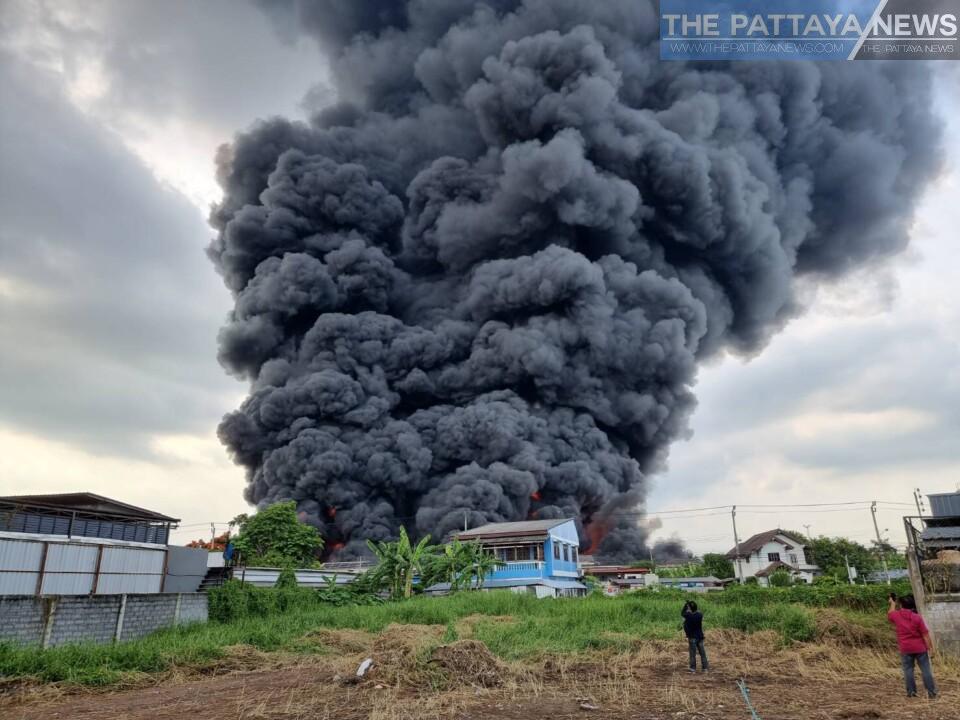 About 20 workers who were on shift yesterday were investigated. However, they told the police that they reportedly had no idea where the fire came from and what exactly caused the fire. All of them were able to escape the blaze.

All of the factory warehouses were ruined, the damage was still unassessable. As of this morning, forensic science police stated that the cause of the fire is still under investigation and waiting for the reports.

Meanwhile, Department of Pollution Control officials also arrived at the scene to measure residual chemical levels from the burning plastic via a chemical vapor detector. Initially, only a small amount of residue was detected and did not have a harmful effect on human health.