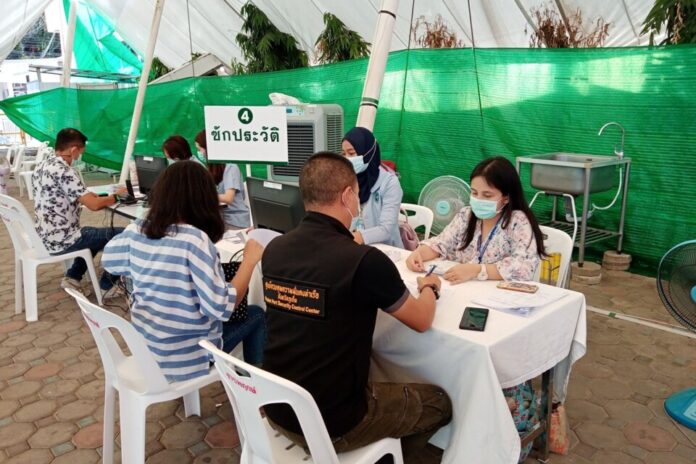 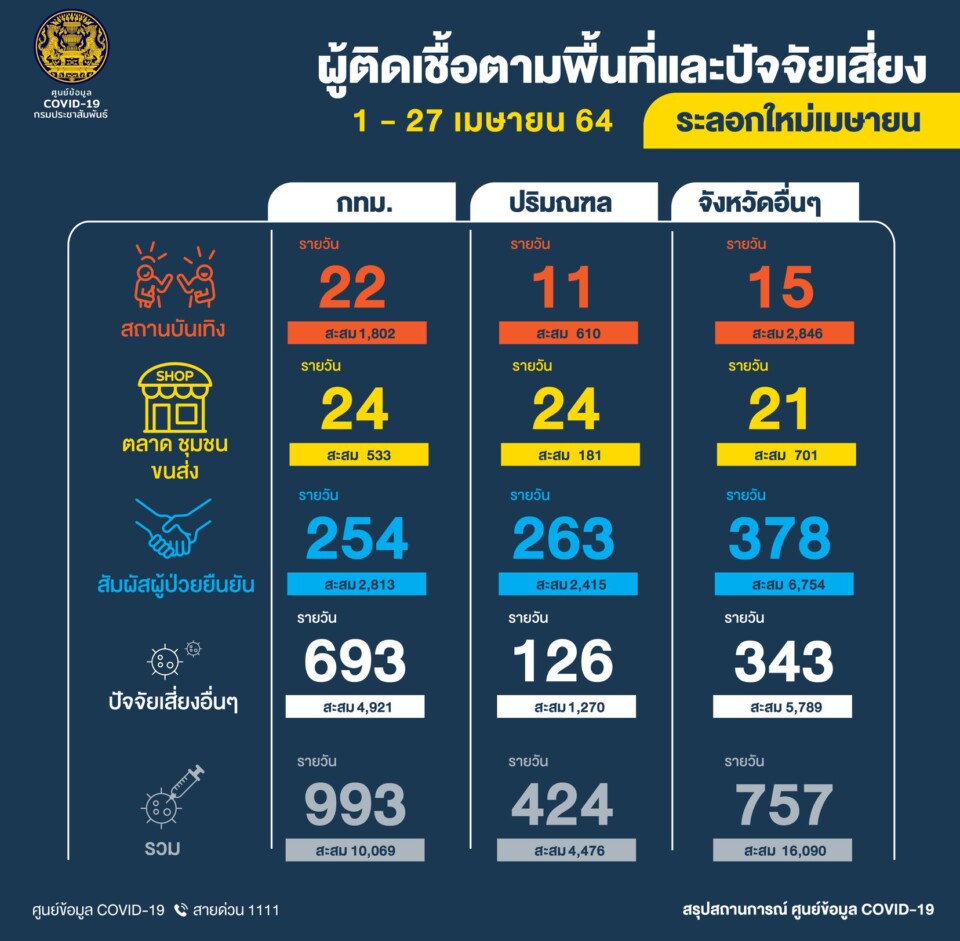 Regarding domestic infections, the first group of 993 local infections was discovered in Bangkok. 22 of them were reportedly connected to entertainment venues, 24 were from community markets and villages, 254 were from being in close contact with confirmed infected patients, and the other 693 infections were connected to other risky places.

The second group includes 424 cases that were reported in Bangkok’s vicinity. 11 of them were reportedly connected to entertainment venues, 24 were from community markets and villages, 263 were from being close contact with confirmed infected patients, and the other 126 cases were connected to other risky places.

The last group includes 757 domestic infections that were found in other provinces. 15 of them were connected to entertainment venues, 21 were from community markets and villages, 378 were from being close contact with confirmed infected patients, and 343 of them were connected to other risky places. The majority of the group was discovered in Nonthaburi with 149, followed by Samut Prakan with 93, Chonburi with 80, and Chiang Mai with 60. 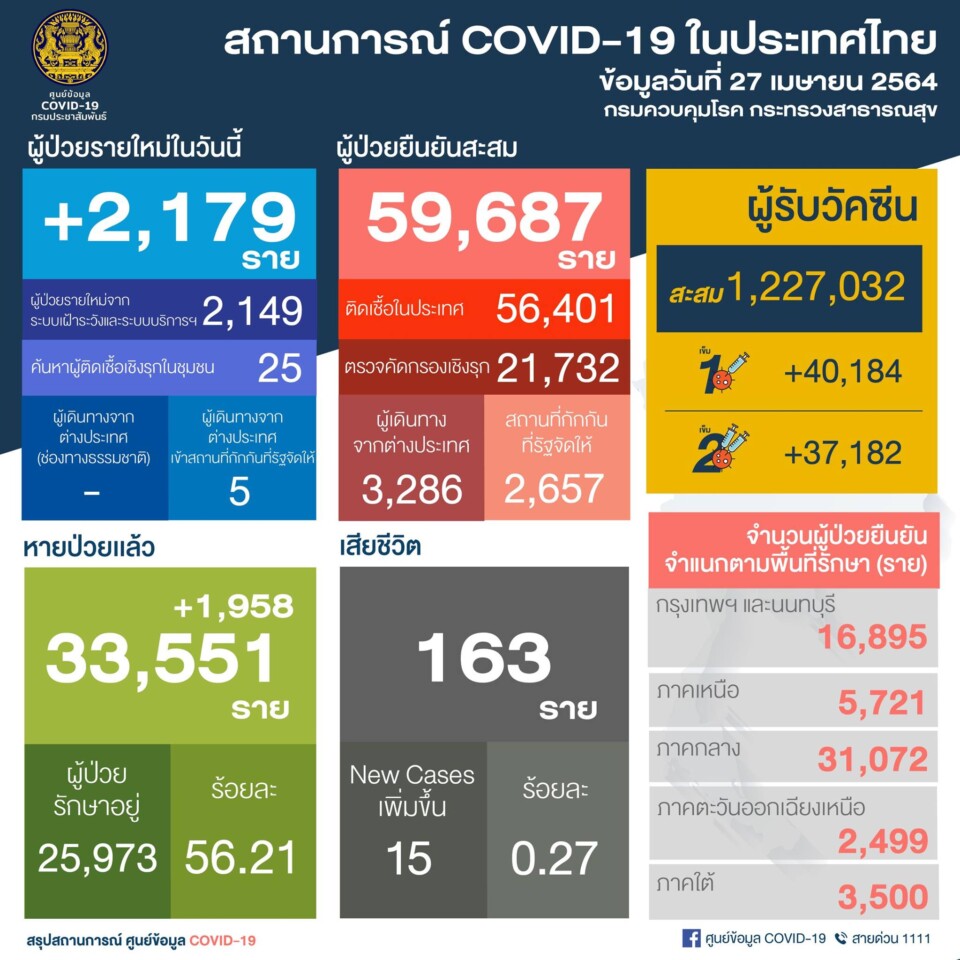 As of today, 1,958 people fully recovered in the past 24 hours and have been released from field hospitals and quarantine centers. Thailand has now reached a total of 59,687 cases with 33,551 recoveries and a total of 163 deaths since the start of the pandemic. About 40,184 people received their first shot of a Covid-19 vaccination and another 37,182 people received their second shot yesterday, marking a total number of 1,227,032 vaccinated people in Thailand who have received at least one dose of a vaccine.