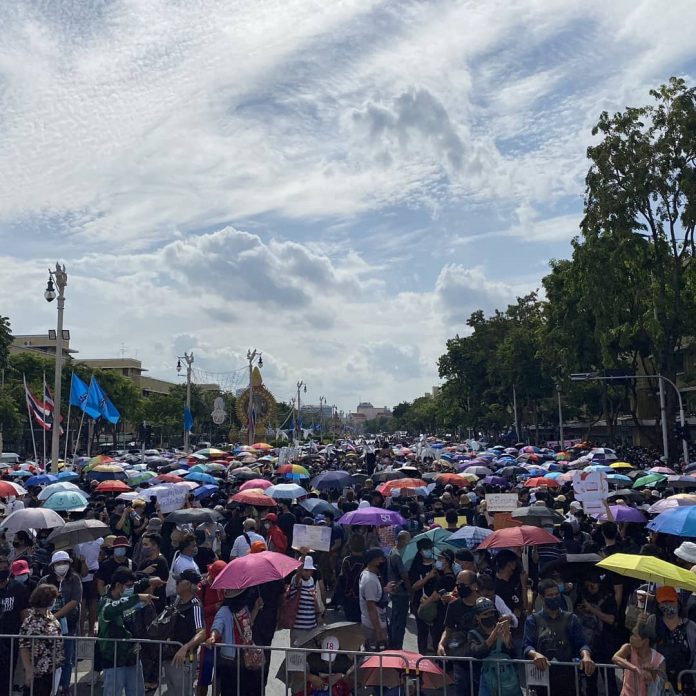 The announcement was ahead of a scheduled protest by the pro-democracy group “Redem” that is set to march to the Thai Criminal Court today in a ‘leaderless protest.”  A similar protest last weekend that attempted to march to the home of Thai Prime Minister Prayut Chan O’Cha broke out into violent conflicts until early in the morning.

However, Thai Government officials claim the ban on protests is not political but is designed to stop the spread of the Covid-19 virus and protect the health of all residents.

As a note, the Emergency Decree to control the Covid-19 coronavirus essentially banned mass gatherings as well, but this new law gives the government additional legal ammunition, so to speak, against potential offenders. The penalty for breaking the law is up to a 40,000 baht fine and/or up-to two years in jail.

Besides Bangkok, the order also bans gatherings, protests, and assemblies in Samut Songkhram, Samut Prakan, Nonthaburi, Nakhon Pathom, and Pathum Thani province. Essentially, this is the area all around and near Bangkok. The order is effective “until further notice.”

Meanwhile, protest groups on social media and activists have stated in comments and postings that the new regulations will not stop scheduled future protests.