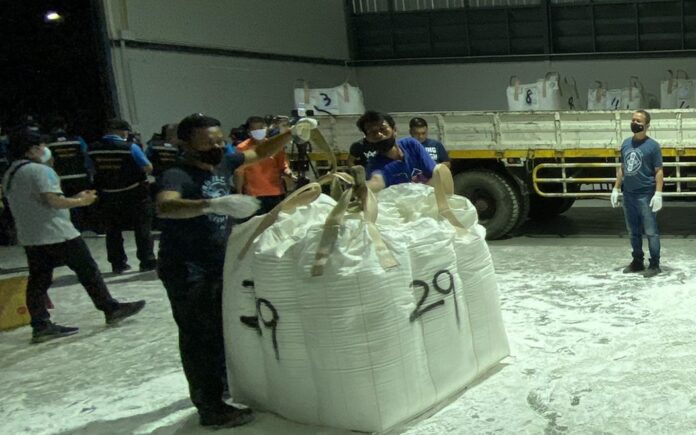 More than 300 kilograms of ketamine were discovered being packed in multiple oversized, white sacks at a warehouse in Nonthaburi province in the early hours of this morning, December 16th, the deputy national police chief announced this afternoon.

Police General Manu Mekmok told the press that the raid was conducted by Royal Thai Police authorities and officials from Taiwan’s Criminal Investigation Bureau (CIB) after receiving a tip-off that a huge amount of the illegal drugs was stored at the warehouse, waiting to be exported to Taiwan.

One of the suspects, Sawapha Nasalee, 29, was also captured at the scene. Sawapha claimed that she was responsible for handling and transferring the drugs to the warehouse before packing them in bags of tapioca flour to camouflage the authorities’ confiscation. 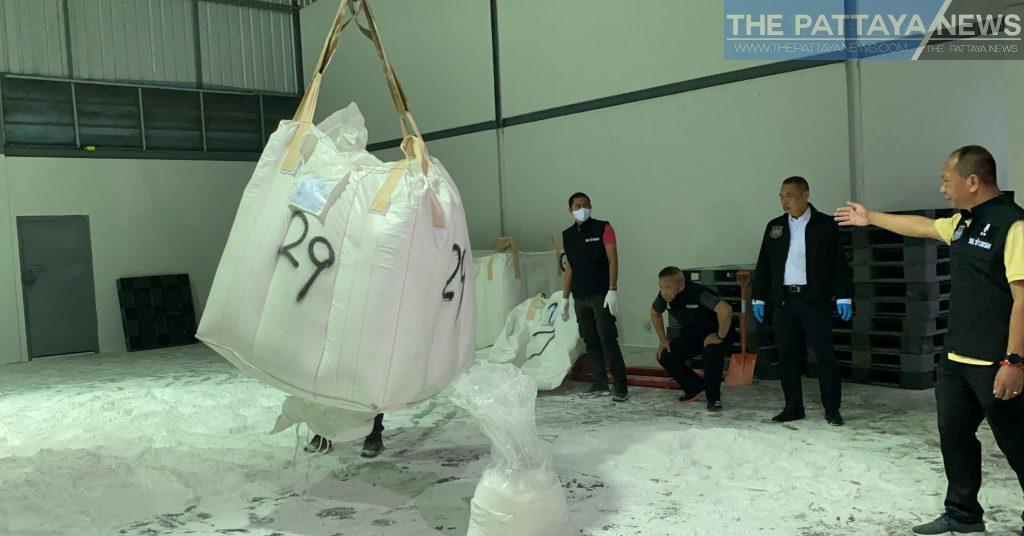 Police have confirmed that a total of 39 bags contained 300 kilograms of ketamine mixed with another 550 kilograms of tapioca flour. They were all seized as a lead to detect more suspects who could possibly be involved in the activities.

“The seized substance is not tapioca flour but it is a narcotic drug. The police can clearly differentiate between flour and narcotics.” Manu added, which was apparently a reference to a much publicized bust earlier this year in which a haul initially identified as ketamine turned out not be.

The expanding investigation also led to the seizure of 228 kilograms of heroin at a house in Bangkok’s Ratchadapisek area. It is believed to be under the delegation of the same group of suspects, according to the police. 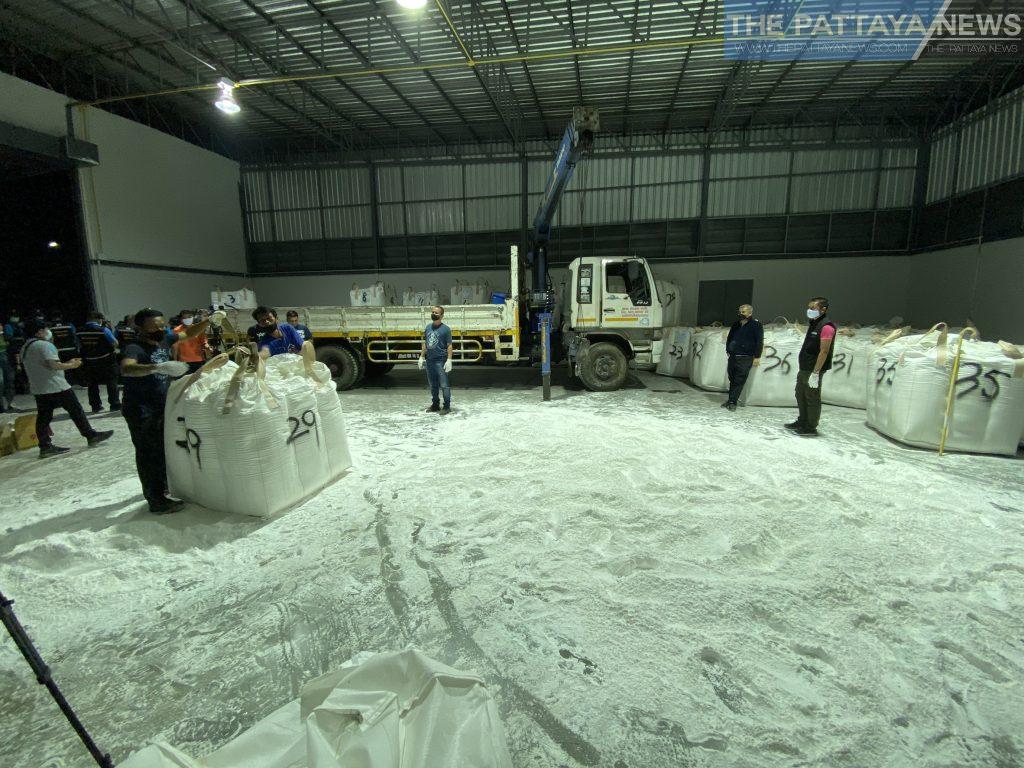 Manu stated: “The investigation disclosed that each member of the smuggling group has their own duty to successfully conduct smuggling from the Northern border before being transported to the Northeast by mixing them with tapioca flour in the bags.”

“They were hidden in shipping containers and transferred to Bangkok or other nearby provinces before being sent to the Bangkok Port and shipped to Taiwan.”

The authorities are hunting for more suspects and are under examination whether the case is related to the previous major confiscation of ketamine at the Chachoengsao warehouse last month., which turned out to be apparently a false flag and perhaps a setup by smuggling groups to throw police off their trail.