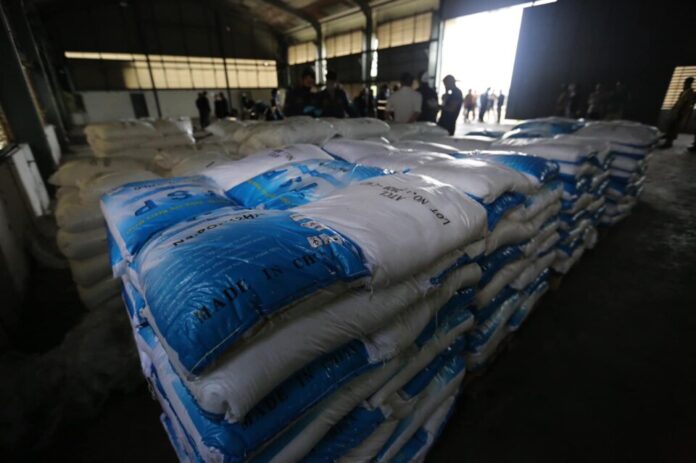 Thailand’s Narcotics Control Board (ONCB) has announced its biggest drug bust in the country of 11.5 tons of ketamine worth nearly 30 billion baht at a warehouse in the Bangpakong district of Chachoengsao province.

Justice Minister Somsak Thepsuthin along with Wichai Chaimongkol, deputy secretary-general of the ONCB, told Thai reporters at a press briefing yesterday, November 12, that the huge amount of contraband ketamine worth 28,750 million baht was confiscated following the ONCB’s investigation of 300 kilograms of ketamine that had been previously smuggled from Thailand to Taiwan. 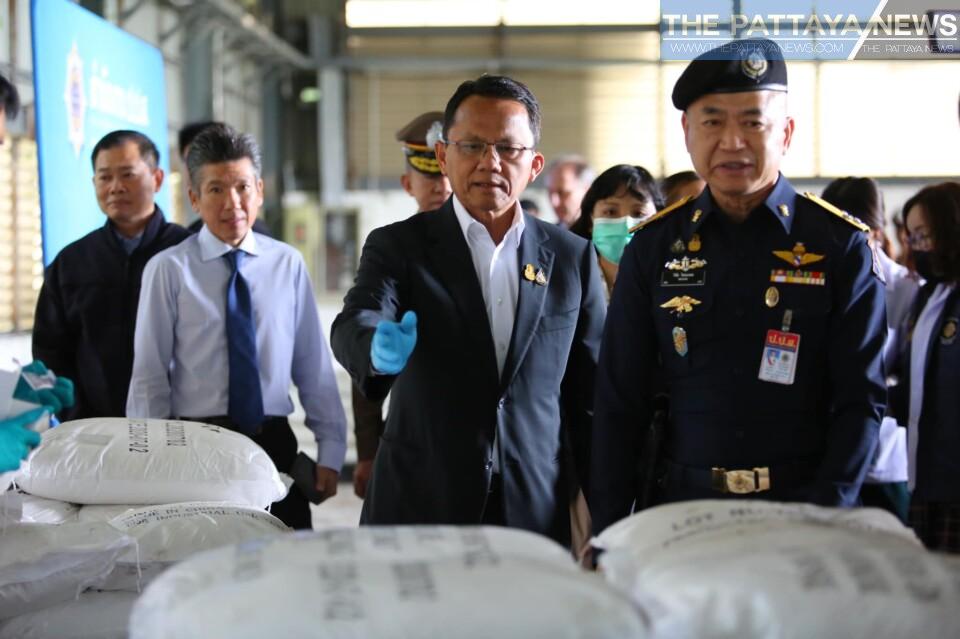 The expanding investigation led to the location of the warehouse in the province where the illegal drugs were reportedly being stored. A group of narcotics officers then raided the warehouse and found thousands of bags and sacks of ketamine was packed and placed orderly, ready to be shipped.

According to the deputy secretary-general, the ONCB had been investigating the case for almost 2 months with officers from the Narcotics Suppression Bureau, the border authorities, the customs, and several other departments until they could locate the warehouse address.

It is believed that the drugs are destined mostly to Europe, Australia, Taiwan, Japan, and South Korea since the drug is not popular in Thailand, he stated. 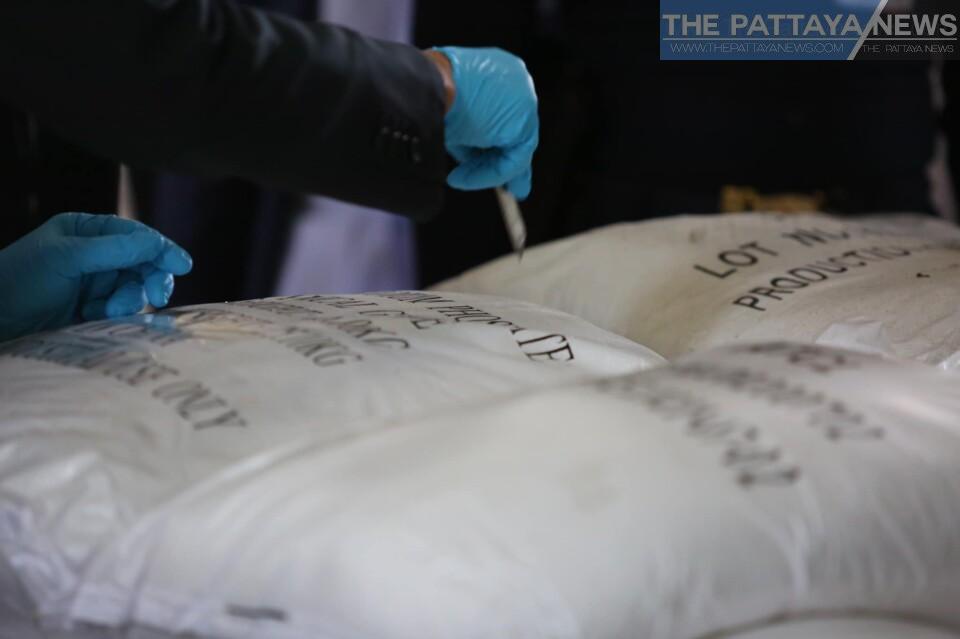 Wichai told the press: “We assumed that these bags of ketamines will be exported overseas and some drug dealer networks in Thailand had agreed to transfer them to other countries and international agencies.”

“This is the largest number of drugs being seized in Thailand and likely to be involved with a large multinational network overseas. Therefore, we will continue to expand the investigation of this drug network to seize all properties related to drug smuggling.”

Initially, two Thai nationals are wanted by the police to be involved with transporting all the ketamine to the location in question. The authority is currently in the process of tracking the suspects and further expanding the investigation for more leads to a multinational drug network.