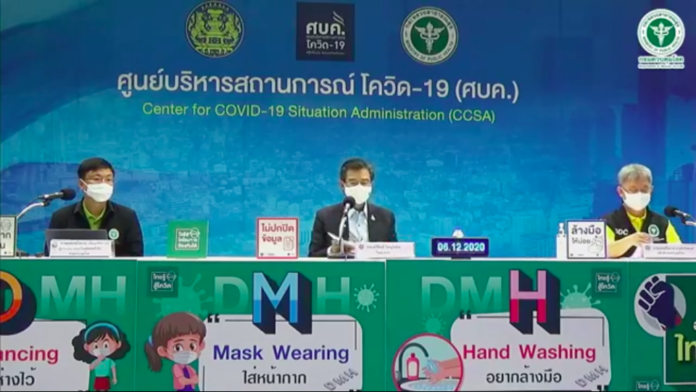 According to multiple sources, including the Thai Public Health Minister, Anutin Charnvirakul, a group of prominent business owners in Northern Thailand are preparing to sue a group of primarily Thai women that worked at entertainment venues in Tachiliek who snuck over the border from Myanmar illegally bringing Covid-19 with them and causing loss of business and cancellations in the Chiang Rai and Chiang Mai area in their busiest domestic tourism period of the year.

Initial amounts being stated for lost compensation is the whopping sum of twenty million baht, although is subject to change.

This is on top of multiple legal charges for the group who, according to Anutin, set the public at risk by sneaking over from the border, mostly from the Myanmar border town of Tachiliek. The majority of the women who snuck into Thailand illegally were trying to avoid a mandatory quarantine period but inadvertently brought back Covid-19 with them, although the Ministry of Public Health says there is no widespread outbreak or sign of significant local spread after thousands of tests have been completed.

The other legal charges the group will face include illegal entry, violation of the Emergency Decree and violation of the Disease Control Act which could see the illegal returnees face potentially years in prison and harsh fines.

Anutin, speaking at a press conference this morning at Government House in Bangkok, stressed the situation was under control and cautioned the media not to “blow the incident out of proportion”, pointing to the fact that all of yesterday’s reported nine positive Covid-19 cases were legal Thai returnees from Myanmar/Tachiliek who crossed over the border through the proper process, went into quarantine and followed the rules. These individuals will not face legal charges or risk of lawsuits, he added, only those that snuck into the country against the law, some of who went to events, nightclubs and public venues without self isolating but appear to have avoided a widespread outbreak.

Anutin also added that Thai officials with the Ministry of Public Health have reached out to Myanmar authorities, owners of entertainment venues in Tachiliek and relatives of those still in the country and have identified Thai nationals that remain. He has warned them that they must return legally and go through proper quarantine if they wish to return to Thailand and that they know who they are. Tachiliek remains essentially in a “hard” lockdown with businesses closed and domestic travel banned due to a Covid-19 outbreak in the area, much of which seems to have stemmed from entertainment venues in the city.

Read more about the previous situation with these cases here:

Thai Minister of Public Health says No lockdowns or bans on concerts, entertainment venues in response to Covid-19 concerns in North Thailand