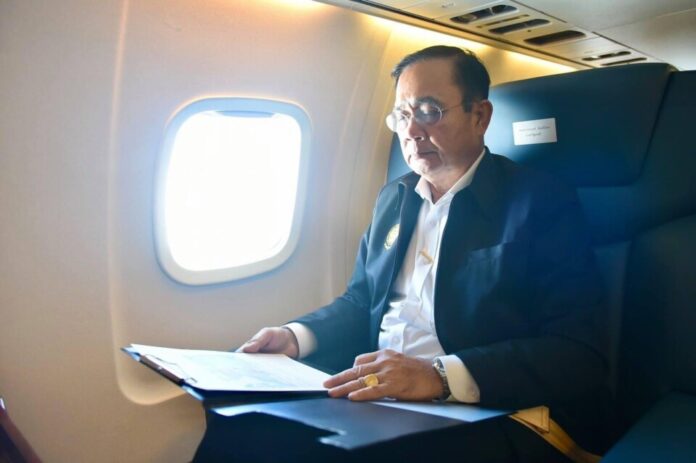 Prime Minister Prayuth Chan-O’Cha and his entourage and support staff have paid a visit to Nakhon Si Thammarat this morning, December 7, to inspect the deadly flooding situation and meet flood victims in the area.

The team arrived at the province around 9:30 A.M. and was welcomed by Kaisorn Wisitwong, Provincial Governor of Nakhon Si Thammarat, and hundreds of local victims who had traveled all the way by boat to meet the Prime Minister and receive the government’s supply bags. 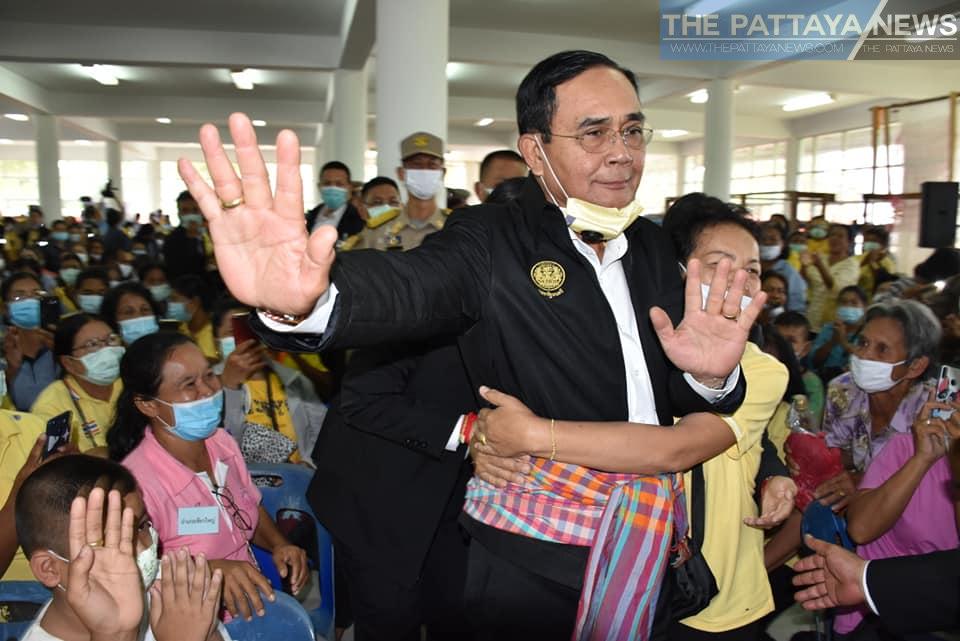 One of the victims told the press that many districts in the province have been flooded for several days. Even though the floodwater level was gradually dropping, a mass of water that remained in the upper fields was running down into the living area continuously, swamping the area and starting to create odor pollution.

“The floodwater was considerably increasing every year and started to trouble the people in all areas. But we were delighted that the government agencies, including the Prime Minister, visited the area and encouraged us,” she stated.

Prayuth Chan-O’Cha will then travel by car to go to Baan Noen Thammang Arts and Crafts Center in Chian Yai District to attend a briefing on the flood situation and to distribute a thousand supplies bags to flood victims as well as to encourage officials and volunteers who were working tirelessly to help evacuate locals and clean up the area.

Tremendous flooding in Nakhon Si Thammarat has caused widespread damage to agricultural areas. More than 184,000 households or about 525,000 people are affected so far while a total of 19 deaths has been reported in the situation.