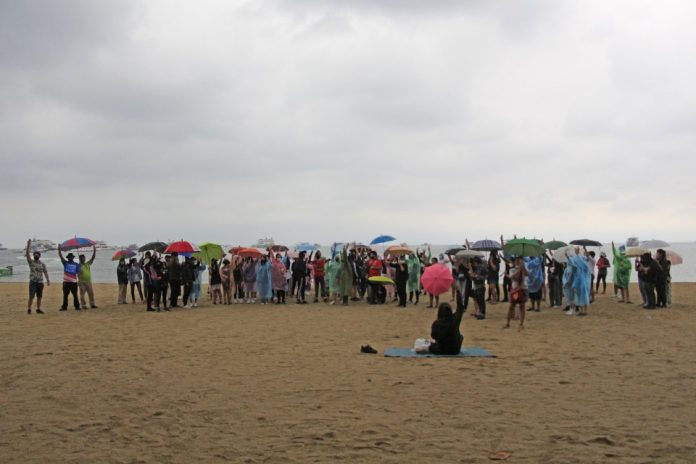 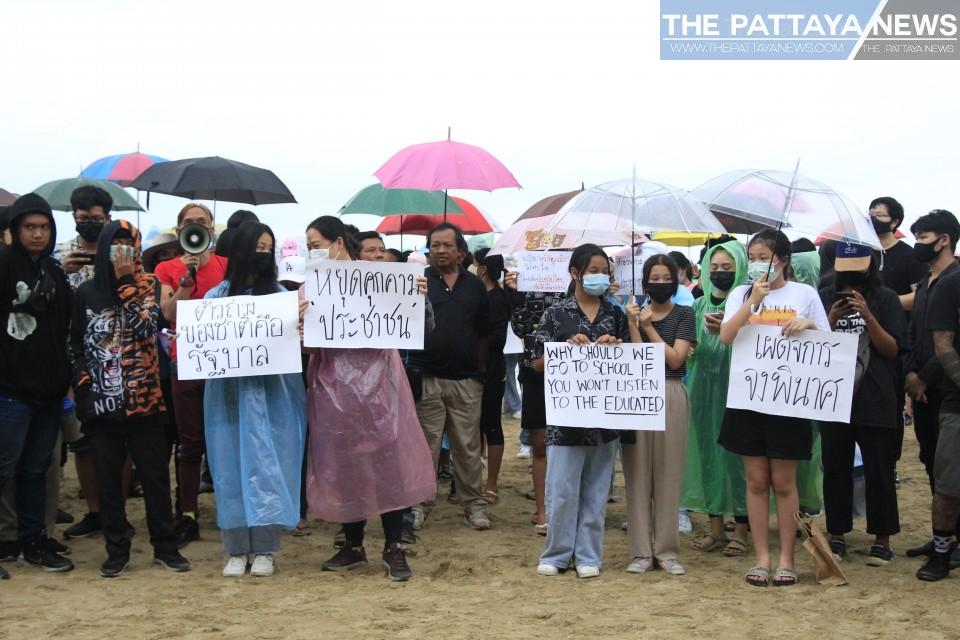 On Saturday, October 17th, The Pattaya City Police Chief Colonel Khemmarin Pitsamai had announced on a loudspeaker at the Bali Hai Pier to a small group of protesters that no permission had been filed for a request for a protest in public.

At 4:30 PM yesterday on Pattaya Beach near the Royal Garden Pattaya department store about 200 protesters had joined the protest, according to an estimate by the Pattaya Police, which was less than the first day of protests. The Pattaya News does not independently estimate crowd sizes. The majority of the crowd appeared to be younger, with many identifying themselves as students in the Chonburi area.

No formal permission for a gathering had been filed, according to the Pattaya City Police, for the Beach Road protest although the protest was not dispersed and the protesters remained peaceful, although vocal. Many protesters were seen giving speeches in both English and Thai on the beach as well as carrying signs in both languages giving their opinions and views on the situation.

A full video with English commentary regarding the protest can be found below.