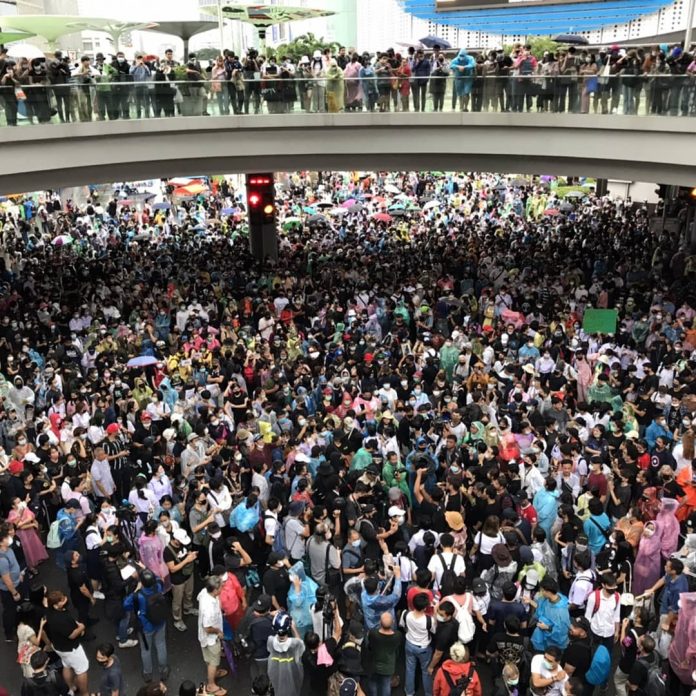 In a new feature designed to start discussion and encourage healthy debate once a week The Pattaya News will select a topic that we would like to see readers comment on and hear YOUR opinions. We will select topics that are newsworthy and align with current events. We will highlight the best responses and post them in a follow-up article later in the week.  If you would like to write a detailed response or opinion and want to send them in private and not use FB comments, please send us an e-mail to pattayanewseditor@gmail.com

This week we ask the following question:

Should foreigners involve themselves in or attend political protests in Thailand?

This week Thailand has seen historic pro-democracy protests across the nation, including in Pattaya. You can read a bit more about our coverage on these protests here. However, The Pattaya News team has noticed, even at the protests in Pattaya, several foreigners who appeared to be participating. There were, of course, a few foreigners who were just looking around out of curiosity or taking photos but not directly involved also. We have also seen on video and photos from Bangkok some foreigners who also seem to directly be participating.

Therefore, we would like to get the opinion of our reader base…should foreigners be involved or involve themselves in political protests in Thailand?

Some follow-up questions also to consider for your responses:

-Could the answer to this question vary depending on if the foreigner is a tourist (of which there are none currently) or a long term resident?

-If someone is married to a Thai or has Thai children and calls Thailand their home, should they be involved if their family is?

-If someone works in Thailand and pays tax, should they involve themselves as they provide income for the government?

We look forward to your responses!  You can comment below or on our social media channels or by e-mail above!