Trang –
Residents in Trang province have suffered from high flooding caused by monsoon rain for three consecutive days after a tropical depression named ‘Linfa’ battered the country over the past weekend.

————-
The rapid rise of water levels in the Nang Noi Canal caused by heavy rains resulted in the river banks to overflow floodwater into the Ban Khuan Subdistrict area today, October 12.

More floodwater is reportedly continuously flowing into nearby villages and cutting off both main roads and local roads in the sub-district, resulting in traffic congestion throughout the day.

—————-
The water level is also believed to still have room to increase and damage several households nearby over the next twelve hours. 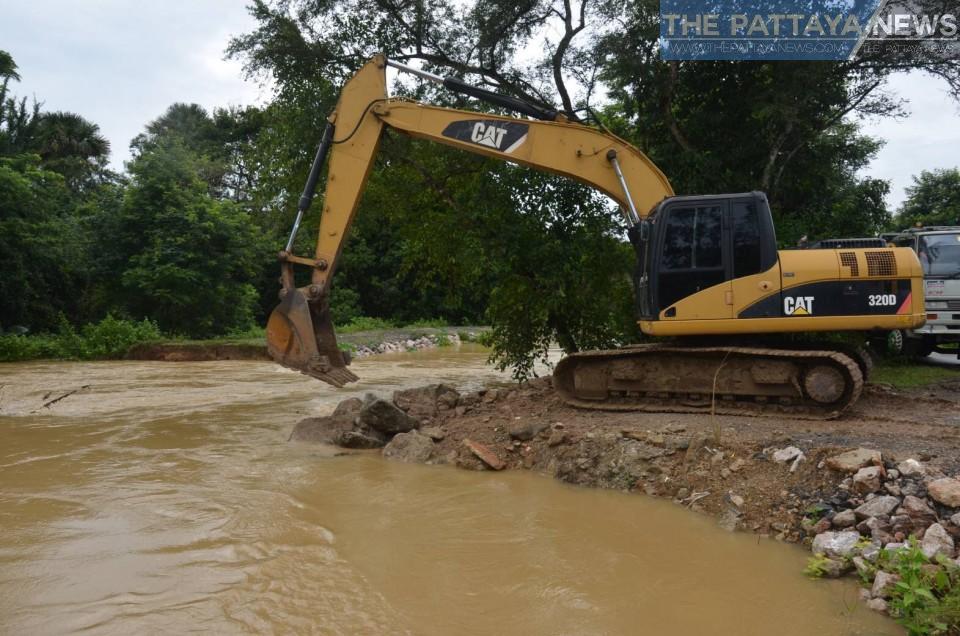 The Trang Provincial Administrative Organization visited the area to examine the damage and help local villagers rescue their residences but not much help was able to be done as the rapids were still strong. They have initially managed to remove rocks and dirt that were blocking the waterways to facilitate the flow.

—————————
Thundershowers and heavy rains caused by the Linfa storm have occurred across the lower Central, the upper South, and the East of Thailand since yesterday, October 11. Waves in the Andaman Sea are also expected to rise as high as 2-3 meters and above 3 meters during thundershowers.