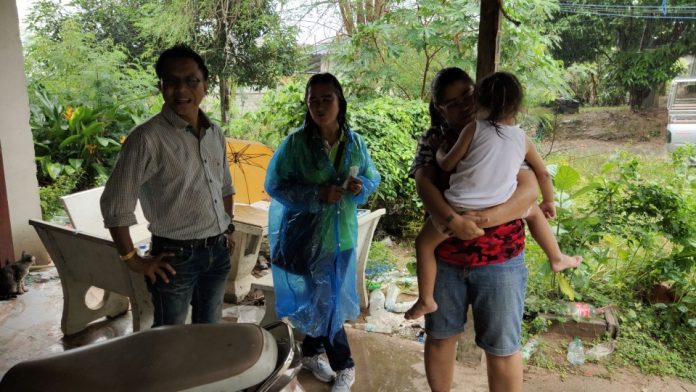 A 4-year-old girl has sustained face injuries after she was attacked by a stray dog at a house in Nongprue this morning (Oct 8). The girl’s mother, Mrs. Patcharin Taweesuk, 32, told The Pattaya News that she was going to take her daughter to kindergarten. Her daughter was in front of the house on Soi Pattanakan 15 waiting to leave for school.

The stray dog reportedly ran towards her before attacking her. Mrs. Patcharin took her daughter to a hospital where she was given seven stitches on her cheek. Mrs. Patcharin said the dog was not provoked in any way.

Mrs. Patcharin said there are a lot of stray dogs in the area and that the area has a lot of kids. She has called for authorities to solve the stray dog problems. It was not immediately made clear where the dog in the incident was currently.

Nongprue Municipality council member Mr. Wanchai Sanengam told The Pattaya news they are trying to find solutions for stray dogs in the area. He said numbers of stray dogs in Pattaya had increased significantly since the Covid-19 lockdown period but stressed that the overwhelming majority were docile and peaceful. He stressed that the dogs were also being vaccinated and sterilized.

Meanwhile, six primary-school students were rushed to a local hospital after reportedly being bitten by two stray dogs that ran into their school in the Si Racha district, Chonburi, on October 6 of this week.