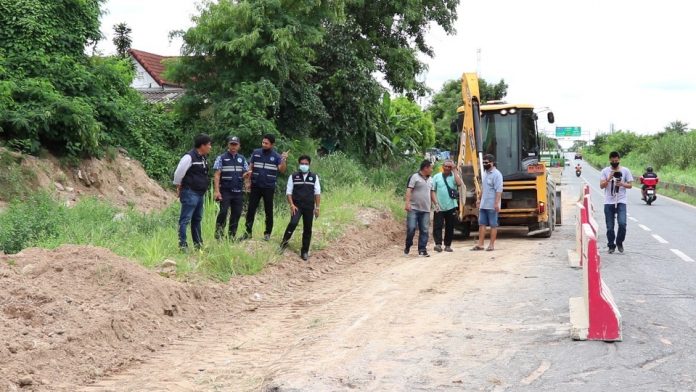 An ongoing flood problem near a railway road where a water pump station and drainage works are being constructed in Pattaya is to finally be solved, say city leaders.

Yesterday, September 18, 2020, the Pattaya City Administrative Chief Officer Mr. Kietisak Sriwongchai inspected the water pump and drainage works which are being constructed near the railway road on Soi 9 between Soi Khao Noi and Soi Khao Talo. 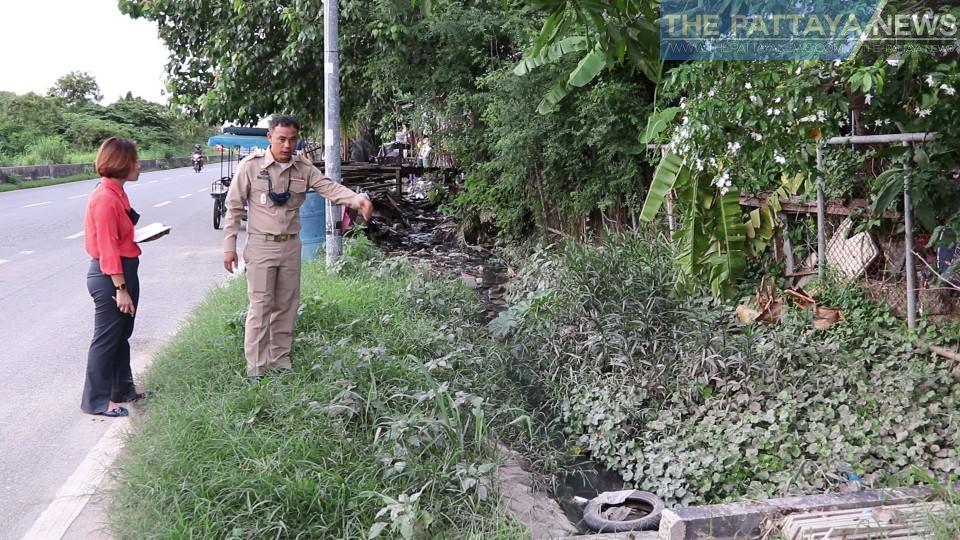 Mr Kietisak told The Pattaya News that signs and light signals have been installed temporarily to warn road users of the under construction area.

The next day, however, more than ten batteries which were used for those signals had been stolen. 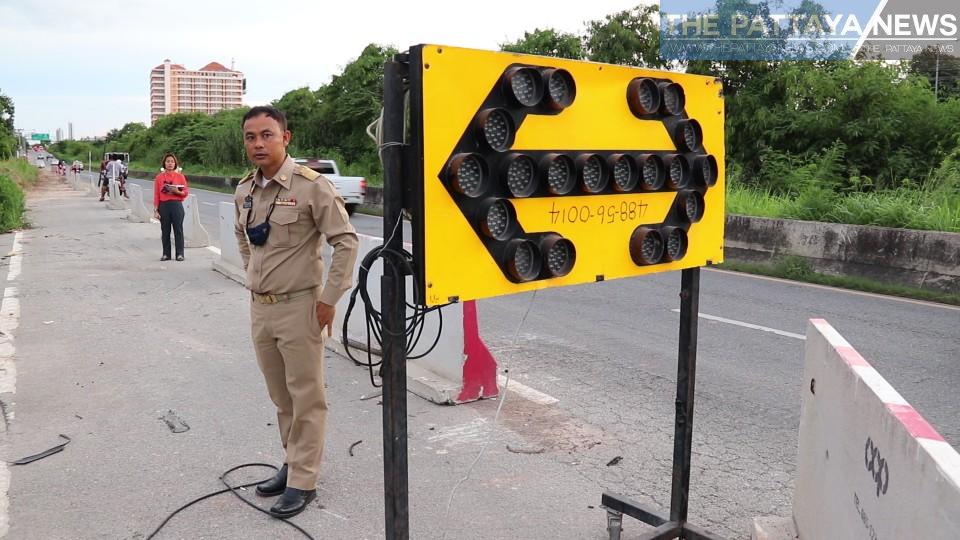 The road surface will be fixed soon while signals will be installed again to prevent road accidents. CCTV is being installed in the area as well to help prevent theft.

Areas near the railway road regularly floods because a canal nearby has been encroached by people and water pipes that were connected with nearby residential homes are too small, as well as the water pump station and drainage construction had been delayed due to the Covid-19 pandemic.

However, Mr Kietisak has confirmed that he will fix these problems as soon as possible.

Unfortunately, no timeframe was given for the overall construction. Previous estimates stated that this area would likely not be fixed entirely until the end of 2021. 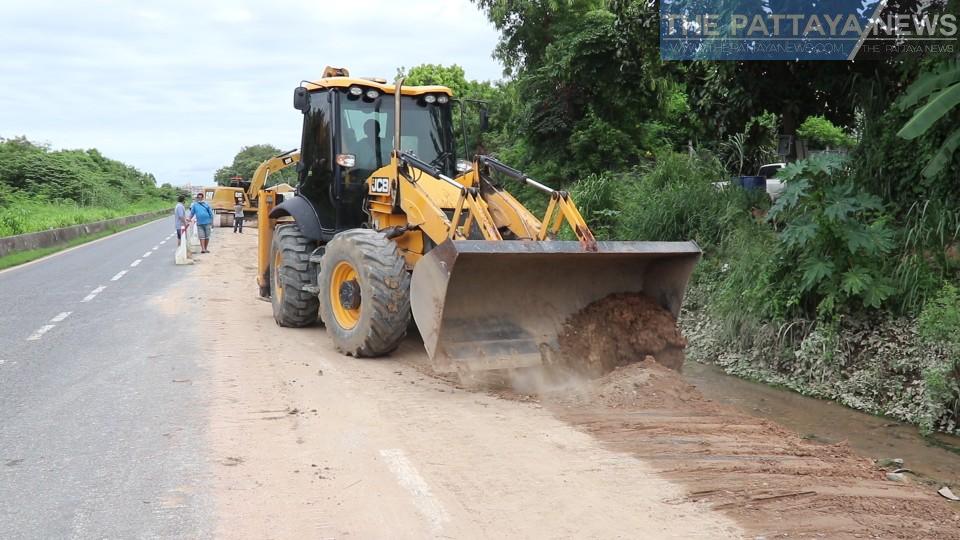