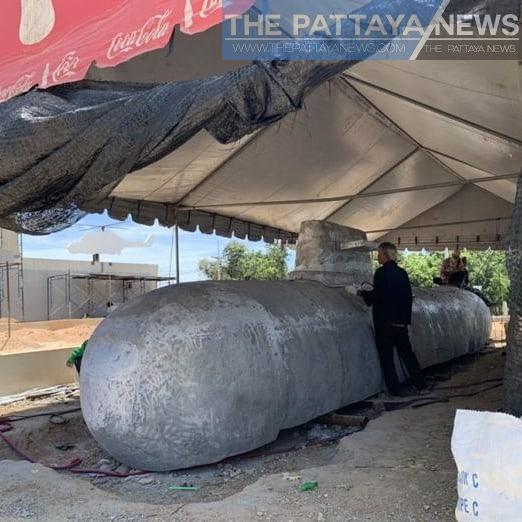 A prominent political leader in Thailand has called for the delay of a 22 billion baht proposed submarine purchase while the Royal Thai Navy has stressed the purchase is a security imperative.

First, get caught up with the story so far regarding Thailand set to purchase two additional submarines for 22 billion baht here.

Mr. Ong Klaampaiboon, Deputy Leader of the Party and Chairman of the Democratic Party, spoke to the press about the case of a Parliament budgeting committee voting 5-4 last week to approve the purchase of two submarines at a price tag of 22.5 billion baht.

The decision was highly criticized in both Thai and foreign social media, with many pointing out the economic hit to Thailand in the second quarter and the fact that borders remain closed to international tourists, devastating the country’s profitable tourism industry. See more on that effect from this article below.

Mr. Ong said the decision should be delayed and urged leaders on all sides to reconsider.

The Royal Thai Navy, however, stressed that in their opinion the three subs are critical for national security and stressed the agreement with China had been made well before Covid-19. They also stressed concerns that breaking the contract or delaying it could cause diplomatic problems with China.

Mr. Ong dismissed these concerns, stating that in his opinion China understood the economic situation and the effect the Covid19 pandemic was having on Thailand and would understand using the funds for economic recovery and to support millions of people, especially in the tourism industry, out of work.

Mr. Ong also said that he did not agree the submarines were a security imperative as Thailand’s single biggest issue was recovering from the Covid-19 crisis currently.

The submarine purchase will likely be further discussed by the House of Representatives in what is expected to be a spirited debate between pro military members of the government and the opposition.

Photo is a mock submarine being built at the Sattahip Naval Base entrance.