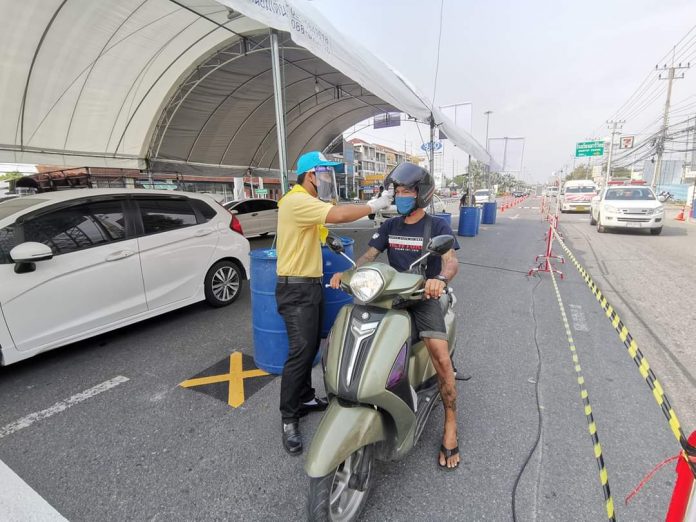 This afternoon Dr. Taweesin Visanuyothin, the Spokesperson for the Covid-19 Center for Situation Administration (CCSA), stated that the Emergency Decree for Thailand will be extended, although it technically will not be official until a meeting of the Thai Cabinet which is scheduled for tomorrow.  You can read more about this announcement here:

Emergency Decree will be extended another month, says Thai Government

The announcement has caused confusion among some who believe that the Emergency Decree means that nearly all businesses will have to remain closed and all current strict restrictions, such as public parks and beaches closed, will not be lifted for another month. This is not true.

The Decree primarily allows for the Thai Government and the CCSA to easily control and manage the overall situation in the country and help stop the spread or a second potential wave of the Covid-19 Coronavirus.  Restrictions in place can, and have, been eased and strengthened on a daily basis as the order allows for fluidity based on the overall situation. In addition, many orders and restrictions have the ability to be adjusted or lifted based on the decisions of the local Governor. Without this order, these restrictions can not be applied (or removed) easily on a National level.

Dr. Taweesin stated this afternoon to the Thai press that the National Curfew from 10:00 PM to 4:00 AM will likely remain. Bans on international flights, except for repatriated Thai citizens and a few minor exceptions, remain. Some domestic travel restrictions will remain. Social and Mass gatherings are banned under the order.

Importantly, however, the Administration stated that they will be looking in depth at re-opening businesses and easing restrictions based on a color coded scale of guidelines gradually throughout the month of May. Many businesses will have to adhere to new health rules and guidelines once opened, such as massage shops which we covered yesterday below:

Provincial Governors also have significant leeway in making decisions about openings for their districts and areas, as much of easing local business measures are, as stated above, guidelines and not hard rules. In Chonburi, for instance, where Pattaya is based, salons (Which are a red item on the National chart for opening) have been opened for weeks with no problems or reported issues based on the Governor’s discretion. Additionally, electronic stores, also closed in nearly every other province in the country except Nan, have been open for several weeks in Chonburi. The success of opening salons in Chonburi helped implement guidelines on a national level. It is highly possible that other “red businesses” will be given a trial run in Chonburi as well.

Orders such as beach and park closures, alcohol sales restrictions, etc. will be based on the decision of the Governor, which is expected this week in Chonburi.

The Pattaya News will inform the public of the Governor’s decisions as soon as they are made.