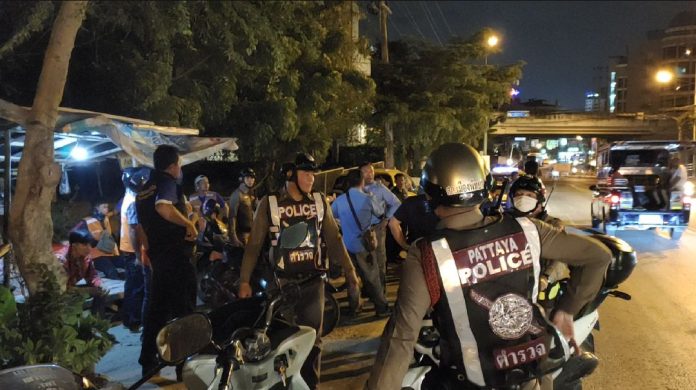 Lieutenant Anan Mahakitassakun was notified of the incident at 10:30PM last night in Pattaya.

Pattaya Police arrived at the scene to stop the chaos after desperate phone calls from nearby witnesses. Three taxi drivers had sustained minor injuries. The scene had been described as an all out brawl between the two opposing companies.

The metered drivers told police that nearly a dozen Grab drivers, some in uniform, had started the fight before speeding away. The exact reasons for the fight was not clear according to police but appeared to be over allegations of one party allegedly stealing customers from the other party.

The three injured men have officially reported the incident to police for further legal action and stated they want to press full charges against the men and Grab.

Meanwhile, local Grab drivers have once again protested alleged low pay and lack of benefits given to them by management in Pattaya by striking and refusing to deliver to customers.