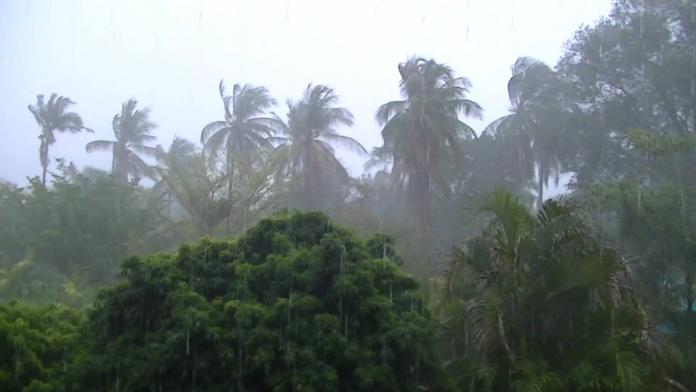 Tropical Storm Bebinca is heading towards Vietnam and Laos and with it heavy rains and thunderstorms which are predicted to heavy impact thirty six provinces in Thailand, including Chon Buri and Pattaya.

At 4 am this morning, tropical storm “Bebinca” was 400 kilometres northeast of Hanoi, Vietnam, with a  maximum sustained wind of about 70km/hour. The storm was moving in the westerly direction at the speed of 16km/hr. It is expected to reach upper Vietnam tomorrow.

The storm will then decline to become a tropical depression and a low-pressure cell over Laos by Aug 18. Isolated torrential downpours are forecast in all regions of the country.

To be particularly affected during Aug 16-18 are:

To be affected on Aug 19 are: Mae Hong Son, Chiang Mai, Chiang Rai, Lamphun, Lampang, Sukhothai and Tak in the North; Prachinburi, Sa Kaeo, Chon Buri, Rayong, Chanthaburi and Trat in the East; and, Ranong, Phangnga and Phuket in the South.

This is expected, as usual, to cause significant disruption and flooding in the Pattaya area.