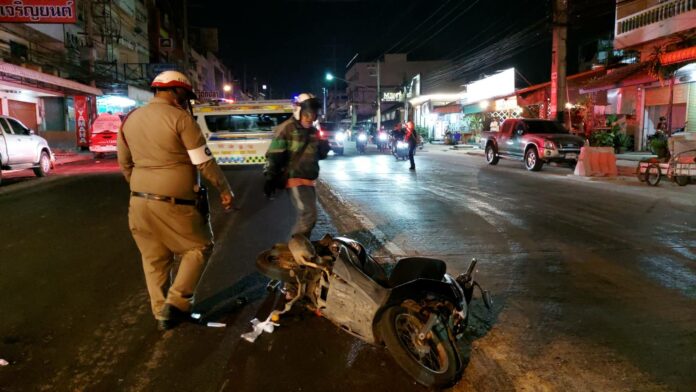 A motorcycle rider was injured after ramming into a bag attached to a food delivery courier’s motorcycle and bumping his head on the road yesterday, January 14th.

The victim, who could not be identified, suffered a large head wound and lost consciousness. Sawang Boriboon rescuers provided him with first aid and rushed him from the accident scene on Thep Prasit Road in the Nongprue subdistrict, Banglamung district, to a nearby hospital at 8:30 PM.

The victim was about 40 years old, the rescuers told The Pattaya News. He drove a black Honda Spacy I motorbike, which was found fallen on the road. The rescuer also discovered another driver, Mr. Peerachai Lanchanthuk, whom the victim crashed into. The 27-year-old driver was a food delivery rider, and he suffered only minor injuries. 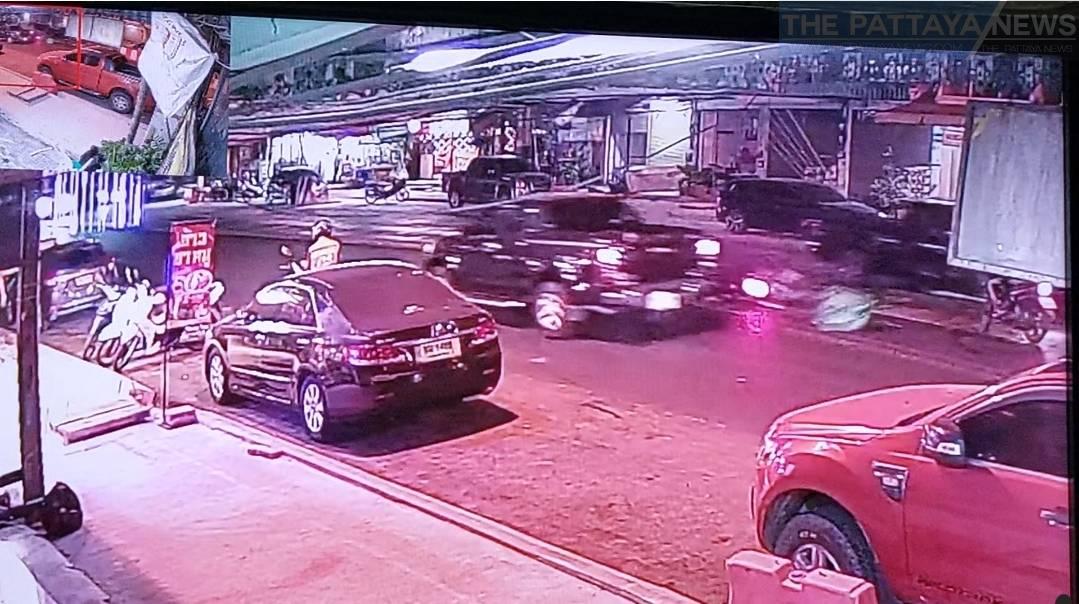 Mr. Peerachai told The Pattaya News he was on his way to deliver food to his customer when the victim rear-ended him at high speed and banged his head on the road.

Pattaya police reviewed CCTV footage and found that the victim bumped into the food bag attached to the back of Mr. Peerachai’s motorcycle and fell. He was also traveling at high speed.